Sign Up for Free to View
After Show: Did Robert Westergaard Mislead Jessica More? 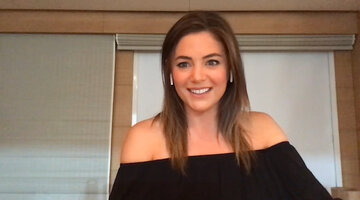 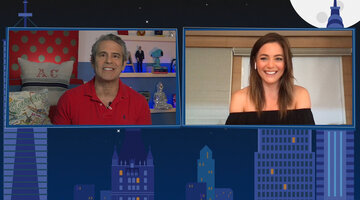 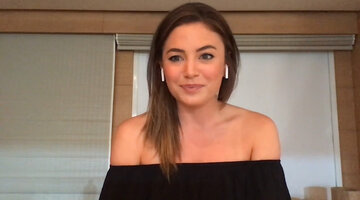 Robert Westergaard is addressing the speculation surrounding his relationship status this season of Below Deck Mediterranean.

In the July 6 episode of Below Deck Med, there was some confusion over whether Rob was in an open relationship or if things were perhaps a bit more serious after he posted a photo of him kissing another woman with the words "missing your touch" in a post in his Instagram Story, which was discovered by Hannah Ferrier. The chief stew passed her finding on to Rob's current flame aboard The Wellington, Jessica More. "I really like him," Jess told Hannah after hearing this news. "And I don't really need another broken heart."

Rob later confirmed while out to dinner with the crew that he did not have a girlfriend. "There's nothing going on. I would not do this if it were," he said. "It's over."

He also explained that he would never be unfaithful in an interview during the episode. "I broke it off for myself," Rob said. "I'd rather not be in something if I'm gonna cheat on someone. Even though it's like an open experience."

However, Andy Cohen wondered while Rob was a guest on the July 13 episode of Watch What Happens Live with Andy Cohen: @ Home if the deckhand thought "it could come off like you were misleading [Jess] or being confusing about the open relationship that you were in" while watching Below Deck Med back.

"I know that I was open and honest about it. I can see how it could be taken that way in the episodes building up to this one," Rob told Andy during the WWHL: @ Home After Show, which you can view, above. "I just feel spanners were thrown in the works. Yeah, I could see how that could be misleading."

Jess previously clarified how much she knew about Rob's relationship status before this season of Below Deck Med on Twitter as the July 6 episode aired. "He swore to me he was just seeing someone casually (dating/nothing serious)," she tweeted. "I didn’t see the actual photo that was posted till the show aired."

She also noted in another tweet that she would never date someone who's already in a relationship. "I KNOW I did nothing wrong and in fact had asked [Rob] multiple times to know what the deal was," Jess said in another tweet.

See what the next episode has in store for Jess, below.

Christine "Bugsy" Drake and Jessica More Clash!
Life is better as an Insider
Bravo Insider is your VIP pass to never-before-seen content, exclusive giveaways, and so much more!
Sign Up for Free
All Posts About
Andy Cohen
Hannah Ferrier
Jessica More
Robert Westergaard
Below Deck Mediterranean
Bravo Relationships
Related

Below Deck Med's Alex on First Time Working with Jess