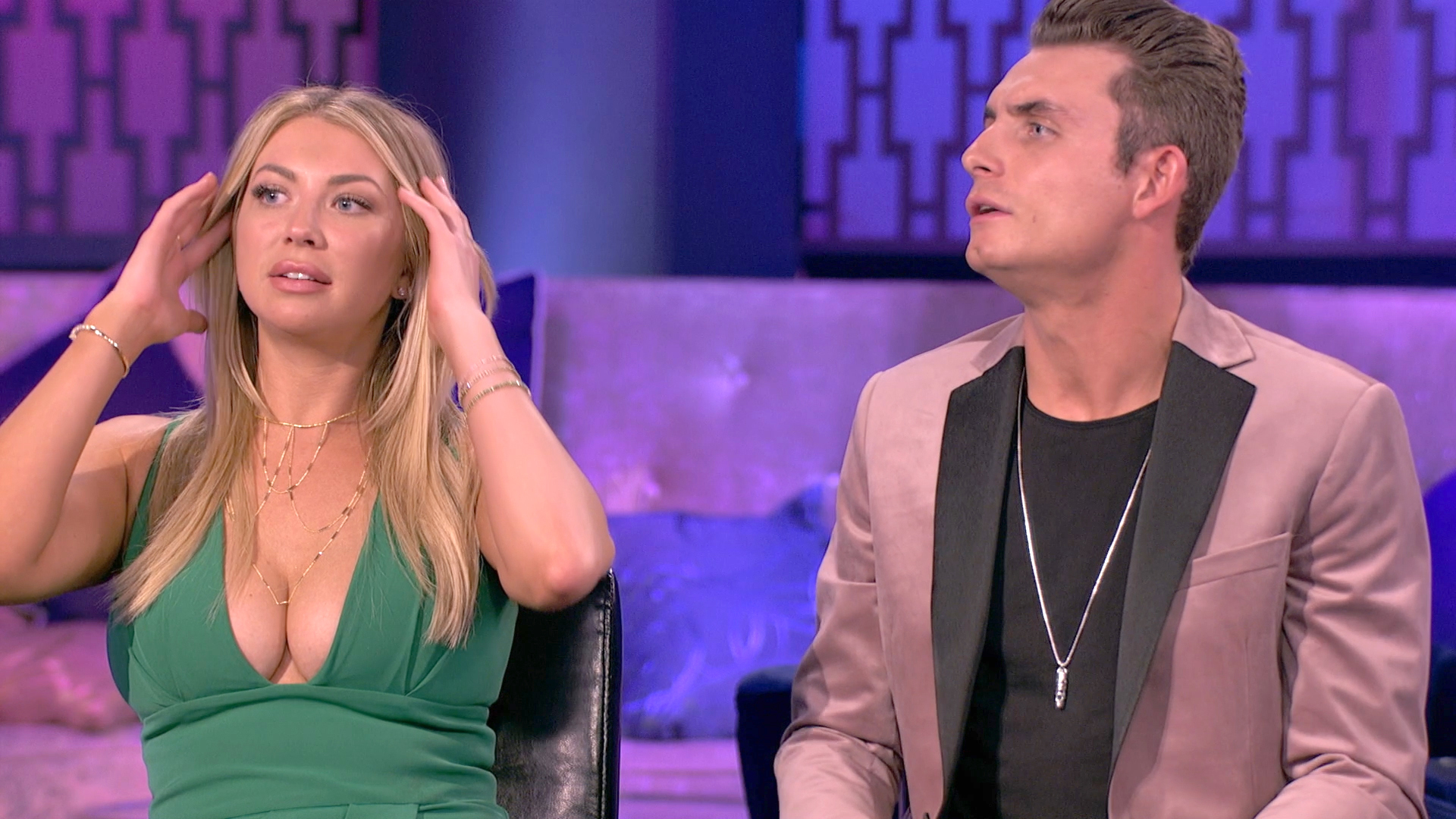 While most of the Vanderpump Rules crew was emotional during the Season 7 reunion, one person was noticeably chill throughout the entire sit-down: Scheana Shay. Why? Well, she's offered up an explanation. "I didn’t have anyone to fight with and I hate when [people] talk over each other," she tweeted.

Scheana recently spoke to Entertainment Tonight, and reiterated that sentiment: "I've been doing this going on eight years now... I know better than to talk over someone," she said. "So, sometimes, I'm just like, you know what? Sometimes it's better to not say anything. I have nothing personally to do with this, so why am I going to yell just to get camera time? It's not my thing. So, I was in a good place with everyone going into that day."

A lot of yelling did go down, however, and most of it was between James Kennedy and nearly everyone else in the room — except, well, Scheana. "You know, James has hurt a lot of people. I'm not one of them, so I do see where everyone else is coming from, but I just kind of try and stay out of that, because I mean, as we know, I'm the person who wants everyone to be friends and I'm friends with everyone, and I'm always in the middle," she told ET.

And while past reunions have offered up plenty for Scheana to be emotional about, Season 7 was more or less drama-free for the SURver, which is why she didn't shed any tears.

Why Jax Loves "the New Scheana"