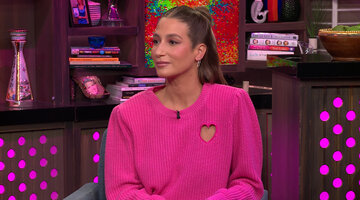 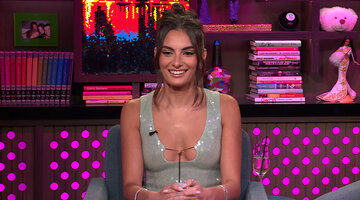 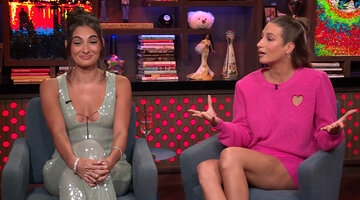 Summer House’s Amanda Batula and Lindsay Hubbard disagree on who is the “rudest” to their fans, but they seem to agree that they aren’t exactly in a good place.

For fans who need a refresher on their latest beef, Amanda said on the October 27 episode of Watch What Happens Live with Andy Cohen that Lindsay “can be” rude to fans “when she’s caught off-guard.”

Afterward, Lindsay took to her Instagram Stories to share a series of photos of her attending various Loverboy events to support Amanda, Kyle Cooke, and her own fiancé, Carl Radke. “Why would I do that if I didn’t like fans? Or if I was rude? Why would I VOLUNTEER to be at more events than I need to?” Lindsay wrote in one Story. “Think about that one.”

Amanda’s husband, Kyle, defended the comments during his own appearance on WWHL a week later, and the drama is still far from over.

Lindsay went on Katie Maloney’s podcast, You’re Gonna Love Me, on November 11 to share why Amanda’s comments “activated” her so much and why she took “very [high] offense” to them.

“As far as the WWHL thing, I don’t know where it came from,” Lindsay said on the podcast. “I think Amanda answering the way that she did, though, was definitely… it felt like a direct slap in the face. It felt very unnecessary, and it felt like an attack of my character.”

The Hubb House PR founder said she is “very proud” of the way she interacts with her fans and followers, because it’s part of her “career” and her “character.”

“There [are] a lot of things that I am, that I take full responsibility for,” Lindsay said before addressing the conflict with Amanda. “I go above and beyond to engage with fans, to answer as many people on Instagram, to show up to your company’s events over 30 times in the past year, using my name and let’s say ‘celebrity’ — I’m using air quotes right now — to promote your company, [and] to support you and your husband.”

Lindsay felt that Amanda should have, at least, appreciated her efforts to attend Loverboy events.

“My response on Instagram was, ‘Why don’t you acknowledge how many events I’ve actually gone to, trying to be a good friend to you?’” she clarified about why she posted photos from Loverboy gatherings. “Instead, this is what I get in return.”

The Summer House OG believes that she runs into fans more often than any of the other women in the cast.

Lindsay concluded her comments on the matter by addressing Amanda directly.

“For every hundred times that I walk out of my house, Amanda walks out once. It’s not a fair call of my character to say ‘Lindsay is the rudest to fans,’” she stated. “I’m in front of my fans a hundred times more than you.’”

Life is better as an Insider
Bravo Insider is your VIP pass to never-before-seen content, exclusive giveaways, and so much more!
Sign Up for Free
All Posts About
Amanda Batula
Lindsay Hubbard
Summer House
Related