Take a Tour of the Watch What Happens Live Clubhouse

When Andy Cohen opened up the doors to the Watch What Happens Live Clubhouse on July 16, 2009, he had one goal in mind: to have fun, off-the-cuff conversations with celebs and pals in a room that replicated his own New York City apartment. In fact, the carpet, custom made by Edward Fields, was similar to the one in his pad—and he brought in the orange swivel chairs from his place to the studio. And just how big is the space? It holds only 22 people and four cameras.

It's been five years since the show's debut and a lot has changed—particularly the set, which has grown to include dozens of knickknacks and gifts from fans and friends. Did you ever want to know the stories behind each of the items? We've got them for you below. Simply hover your mouse over the objects learn more. 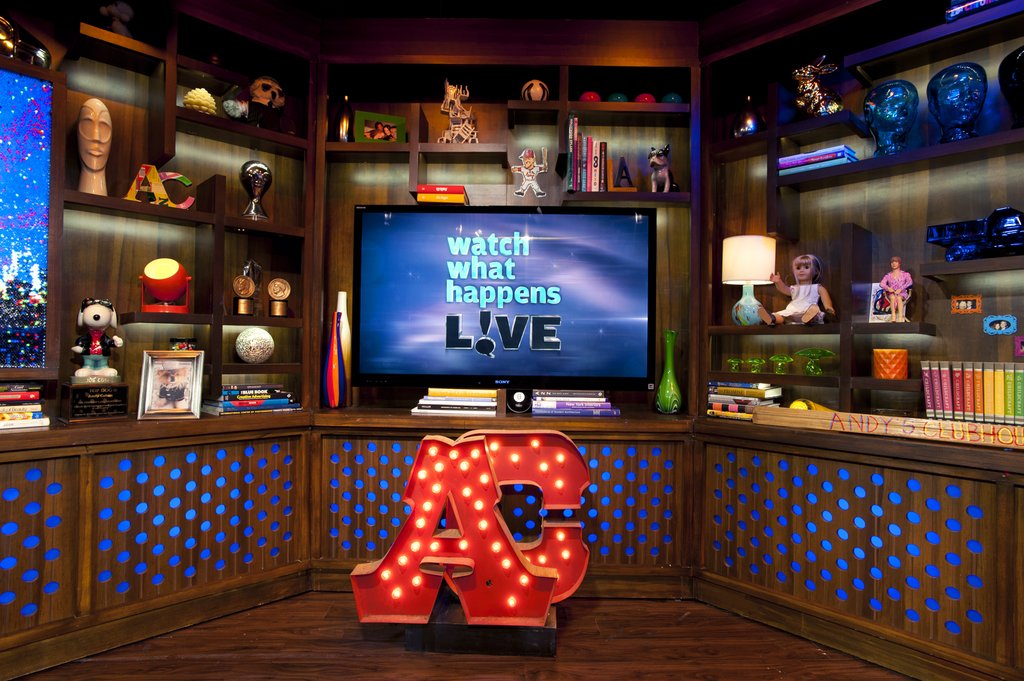 Click to learn the secrets of what else is on the shelves and what's behind the bar.

What's up with that Lite Brite photo? And who gave Andy his first bobblehead? Hover your mouse over the image to learn about his treasured Clubhouse objects. 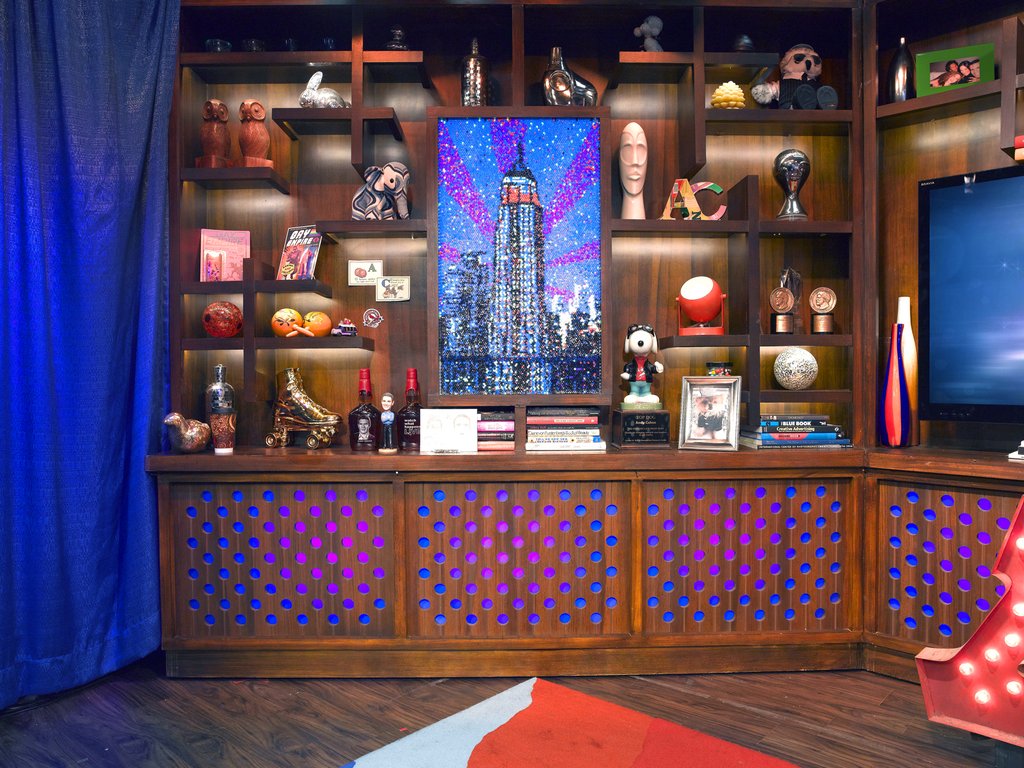 Click to learn the secrets of what's behind the bar.

Who have been guest bartenders at the Clubhouse over the years? And what's with that stuffed plush doll on the shelf? Hover your mouse over the image to learn the stories of Andy's favorite Clubhouse objects. 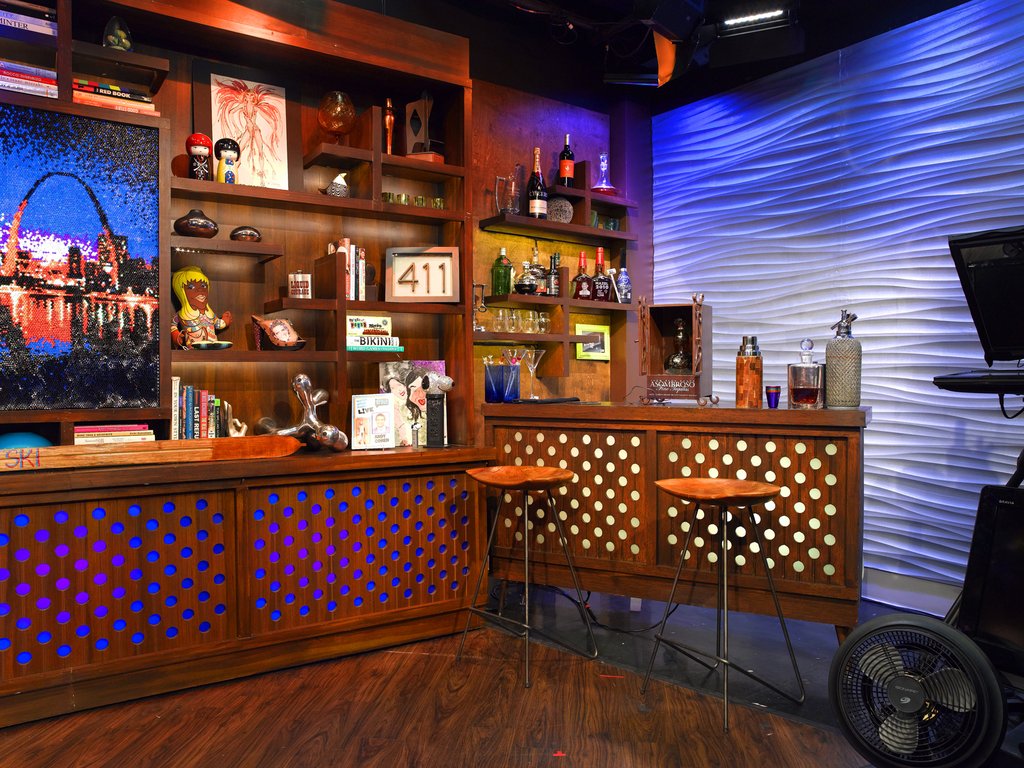