Netflix's original series Orange Is the New Black has been getting tons of attention for its vivid portrayal of life in a women's prison, complex female characters, and plentiful sex scenes. So when the show's star Taylor Schilling popped by the Bravo Clubhouse last night for Watch What Happens Live, a call-in viewer had a very intimate question for her during the After Show:

Who was her hottest on-screen hook-up—Jason Biggs (who plays her fiancé on the show), Laura Prepon (who plays her former lesbian lover), or Zac Efron (who starred opposite her in last year's The Lucky One)?

"They all get really into it in their own ways," Schilling reveals. But the hottest partner was "maybe Zac."

Another viewer pointed out that Efron pulled off a slick one-finger bra removal in that film. "I didn't even know he was doing that until afterwards," Schilling admits.

Watch Taylor Schilling reveal her steamiest on-screen hookup and tell us in the comments: who do you think is her hottest acting partner? 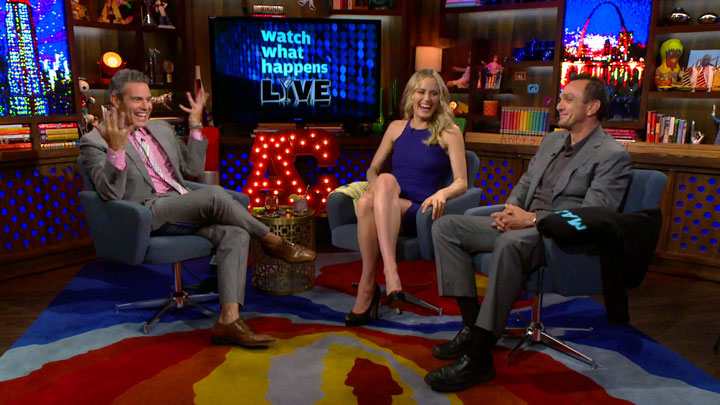