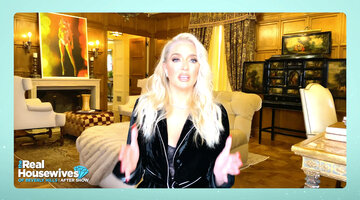 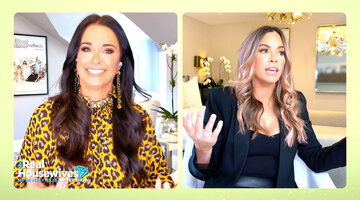 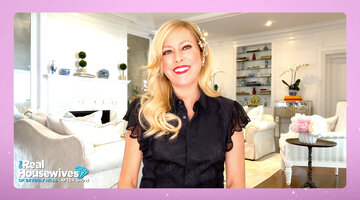 Kyle Richards sent a heartfelt message to Teddi Mellencamp Arroyave following the news that she would not be returning to The Real Housewives of Beverly Hills.

Kyle took to Instagram to show her love and support for Teddi, who has become one of her closest friends among the Beverly Hills Housewives. "To my friend @teddimellencamp who I love [and] adore ... I am so grateful for #RHOBH for bringing you into my life," Kyle gushed in the post, which featured several photos of the friends. "You are an amazing Mom, wife, sister, daughter [and] friend. You work so hard, always giving it your all. You are so smart, kind, thoughtful, funny [and] real."

Kyle concluded the post by sharing how excited she is for Teddi's next chapter. "I look forward to witnessing what the universe has in store for you next. I know it's going to be amazing," Kyle wrote. "You deserve it all. Cheers."

To my friend @teddimellencamp who I love & adore ..I am so grateful for #RHOBH for bringing you into my life. You are an amazing Mom, wife, sister, daughter & friend. You work so hard, always giving it your all . You are so smart, kind , thoughtful, funny & real. I look forward to witnessing what the universe has in store for you next. I know it's going to be amazing. You deserve it all. Cheers 🥂❤️

Teddi confirmed her exit from RHOBH after three seasons on the show in a post on Instagram on September 22. “You heard it here last. Yes, it’s true, I am not coming back to #RHOBH," she wrote. "Thank you to @bravotv, @evolutionusa, @bravoandy and all of the amazing women for the support (and the shade) for the past three years. Back to the shadows I go."

She also shared in a video included in the post that she is "really looking forward to the future" and teased that she has "exciting things ahead."

Though her friendship with Teddi was a major topic of conversation among the RHOBH cast this season, Kyle emphasized how much that camaraderie has meant to her during The Real Housewives of Beverly Hills Season 10 After Show, which you can view, above. "I think it's very rare to meet someone and become as close as Teddi and I became," Kyle shared. "Automatically, with Teddi, it was very much like a sister relationship. Like, I would tell her anything. I don't ever feel like she would stab me in the back. I could say anything to her and vice versa."

Kyle added, "I'm very grateful to have Teddi as my friend."

Want more RHOBH? Catch up on the latest season through the Bravo app.

Check out a preview of a special "Secrets Revealed" episode featuring never-before-seen footage of Season 10 airing Wednesday, September 23 at 9/8c, below.

Sutton Stracke's Birthday Party Is Fabulously Over the Top

Life is better as an Insider
Bravo Insider is your VIP pass to never-before-seen content, exclusive giveaways, and so much more!
Sign Up for Free
All Posts About
Kyle Richards
Teddi Mellencamp Arroyave
The Real Housewives of Beverly Hills
Friendship
Related Show