Sign Up for Free to View
#RHOA After Show: Tyrone Gilliams and NeNe Leakes Dated?! 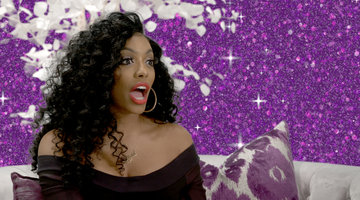 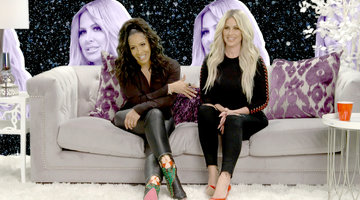 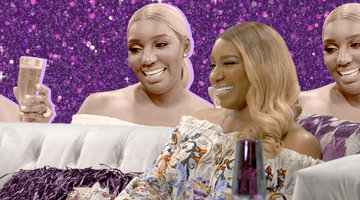 It's no wonder Shereé Whitfield says she has found a soulmate in her new boo Tyrone Gilliams. They're both incredibly skilled at spilling the tea.

Case in point: Tyrone hinted that he and NeNe Leakes may have been more than just friends in the past during Sunday night's episode of The Real Housewives of Atlanta. Tyrone didn't get into too many details while calling Shereé on the phone from prison, but he did leave her with this cryptic message: "Let's just say this. NeNe would never want to speak anything negatively about me. She don't want to go down that road."

Tyrone Gilliams at the Joy to the World Fest Black Tie Gala on December 18, 2010 in Philadelphia.

Shereé also shared during the episode that NeNe had met Tyrone before she did, and NeNe previously tried to pursue him. Oh, yeah, that'll make you say, "Bloop!"

We didn't hear NeNe's side of the story during the episode, but you're in luck. We caught up with NeNe during the RHOA After Show to get her take on the gossip. So did NeNe really try to date Tyrone? Sip on this piping hot tea by pressing play on the above video.

You'll also find more answers to your burning RHOA questions above, including whether Shereé sends Tyrone racy pics, why Shamea Morton really came to Houston, and who Chunky is.

Get ready for some more ATL drama with a sneak peek of Sunday's RHOA at 8/7c, below.

Next on #RHOA: Eva Marcille Arrives!
Life is better as an Insider
Bravo Insider is your VIP pass to never-before-seen content, exclusive giveaways, and so much more!
Sign Up for Free
All Posts About
Nene Leakes
Shamea Morton
Shereé Whitfield
The Real Housewives of Atlanta
RHOA After Show
Related

Is Kim Coming for Cynthia with These Comments?

Kenya Moore Already Has a Baby Name Picked Out