Sign Up for Free to View
Will Aaron Phypers Be Attending the RHOBH Reunion? 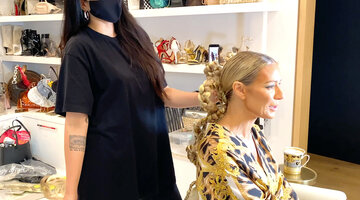 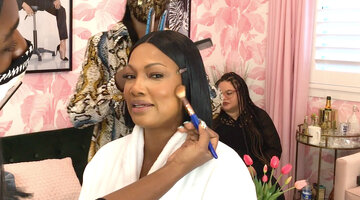 Season 10 of The Real Housewives of Beverly Hills was like no other when it came to the return of beloved alums. Eileen Davidson, Kim Richards, Adrienne Maloof, Camille Grammer, and Brandi Glanville all made appearances this season. And it turns out the RHOBH Season 10 reunion had even more cameos in store for us.

The season-ending sit-down kicked off with Part 1 on September 2, and at the top of the episode, we got a little glimpse at the tech rehearsal for the virtual reunion two days prior to the official filming.

Since the RHOBH cast filmed the reunion remotely from the comfort of their homes, some of the members of their respective households decided to stop by and say hi, including Dorit Kemsley's son, Jagger, and daughter, Phoenix. Mauricio Umansky also popped up behind wife Kyle Richards. "This is awesome," Mauricio said of the first-ever virtual RHOBH reunion. "You guys, I'm gonna be in the background with my hair like this the whole time."

Kyle seemed a bit mortified at her husband's quarantine hairdo, putting her hands on her face as he showed off his coif.

Mauricio wasn't the only husband to greet the Beverly Hills Housewives and host Andy Cohen. Lisa Rinna's hubby, Harry Hamlin, also said hello to everyone and even took a moment to set the record straight on some chatter about their marriage. "Hi, girls. Apparently, I don't live here, and I only come to do the show," Harry said sarcastically while appearing behind Lisa. "So, hi."

Well, hello to you all, too!

Want more RHOBH? New episodes air every Wednesday at 9/8c or catch up on this season through the Bravo app. And don't miss a special "Secrets Revealed" episode featuring never-before-seen footage of Season 10 of RHOBH on Wednesday, September 23 at 9/8c.

Get more behind the scenes on Season 10 in The Real Housewives of Beverly Hills After Show, below.

Dorit and Andy Say the RHOBH Reunion Was "Very Dramatic"