Sign Up for Free to View
What Do the Family Karma Aunties Think the Boys Are up to at Amrit and Nicholas' Bachelor Party?! 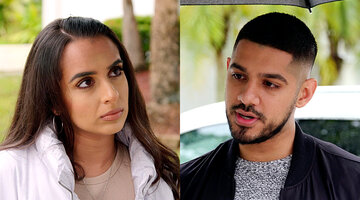 6:22
Preview
Monica Vaswani Confronts Rish Karam: "Have You Lied To Me?!" 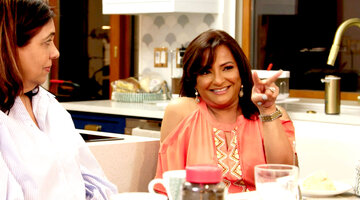 Now Playing
1:08
Preview
What Do the Family Karma Aunties Think the Boys Are up to at Amrit and Nicholas' Bachelor Party?! 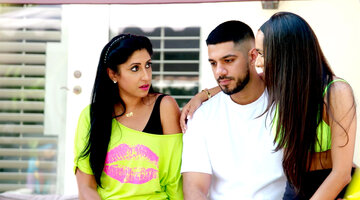 1:27
Preview
Bali Chainani Makes It Clear Whose Side She's On in the Monica and Rish Drama

It's time to say Mazel and bring out the Shotski! On January 18, GLAAD announced the nominees for the 34th Annual GLAAD Media Awards — and four Bravo shows earned nods.

The "Jackie Goldschneider & Danny Pellegrino" episode of Watch What Happens Live With Andy Cohen, which aired in March of 2022, got a nomination for "Outstanding Variety or Talk Show Episode." The late night talk series has received several GLAAD Media Award nominations over the years.

Per GLAAD, these aforementioned programs received nominations because they have "shown exemplary achievements for fair, accurate, and inclusive representation of the LGBTQ community and the issues that affect our lives."

The GLAAD Media Awards show will be held in Los Angeles on March 30, and in New York City on May 13.

Which RHONJ Relationship Is the Strongest?

The 2023 shortlist marks the second time that Family Karma, which is in its third season, has been nominated.

Amrit Kapai, whose wedding to Nicholas Kouchoukos will be highlighted on the show, celebrated the milestone on his Instagram Story.

"Let's bring home the [trophy] this year," Amrit wrote on the same day that the nominations were announced.

Leva Bonaparte, who owns Republic Garden & Lounge, which is at the center of Southern Hospitality, added a "Love is love" message when she shared the news on her own Instagram Story. Southern Hospitality is currently in its freshman season, so the nomination is the show's first.

The Real Housewives of Atlanta Is Nominated for a Major Award

Watch Southern Hospitality on Bravo Mondays at 9/8c and next day on Peacock. Catch up on the Bravo app.

Watch Family Karma on Bravo Sundays at 9/8c and next day on Peacock. Catch up on the Bravo app.

Watch Top Chef on Peacock and the Bravo app.

Life is better as an Insider
Bravo Insider is your VIP pass to never-before-seen content, exclusive giveaways, and so much more!
Sign Up for Free
All Posts About
Amrit Kapai
Andy Cohen
Leva Bonaparte
Watch What Happens Live with Andy Cohen
Related
Style & Living

Amrit Shares That He and Husband Nicholas Are Ready for Kids