New Fantastic Beasts: Crimes of Grindelwald Trailer Answers the One Question Fans Have Been Waiting For

Get ready for the most magical adventure ever this fall. Fantastic Beasts: Crimes of Grindelwald flies into theaters on November 16, and the new trailer is the most dazzling and eye-opening look at the sequel to 2016's Fantastic Beasts and Where to Find Them yet.

In this prequel to the Harry Potter series, we're heading back to the Wizarding World following the escape of Gellert Grindelwald (Johnny Depp). Albus Dumbledore (Jude Law) is determined to stop Grindelwald from taking over the world with his army of pure-blood wizards, destroying the more than a century's worth of peace between the Wizarding and non-Wizarding worlds.

But Dumbledore can't move against Grindelwald. So he enlists the help of his former student Newt Scamander (Eddie Redmayne) to help take down the powerful Dark wizard, along with his band of followers.

The latest trailer for Crimes of Grindelwald goes even deeper, giving us a new look at the Hogwarts of yesteryear, including some epic early Quidditch playing, as well as a greater glimpse at Newt's relationship with his older brother, Theseus Scamander (Callum Turner). There's also a major reveal about the true identity of the Maledictus (Claudia Kim), an individual that suffers from a "blood curse" that turns him or her into a beast, which is something that has long intrigued fans since hearing details of the Crimes of Grindelwald.

Check out the full trailer, above. And be sure to catch all your favorite movies from the Wizarding World on Syfy and USA, the new home of Harry Potter.

Now if only we had the power to make November 16 get here faster.

Check out secrets from the set of Fantastic Beasts and Where to Find Them from Redmayne and Dan Fogler's appearance on Watch What Happens Live with Andy Cohen in 2016, below.

Show Highlight
After Show: Having J.K. Rowling on Set 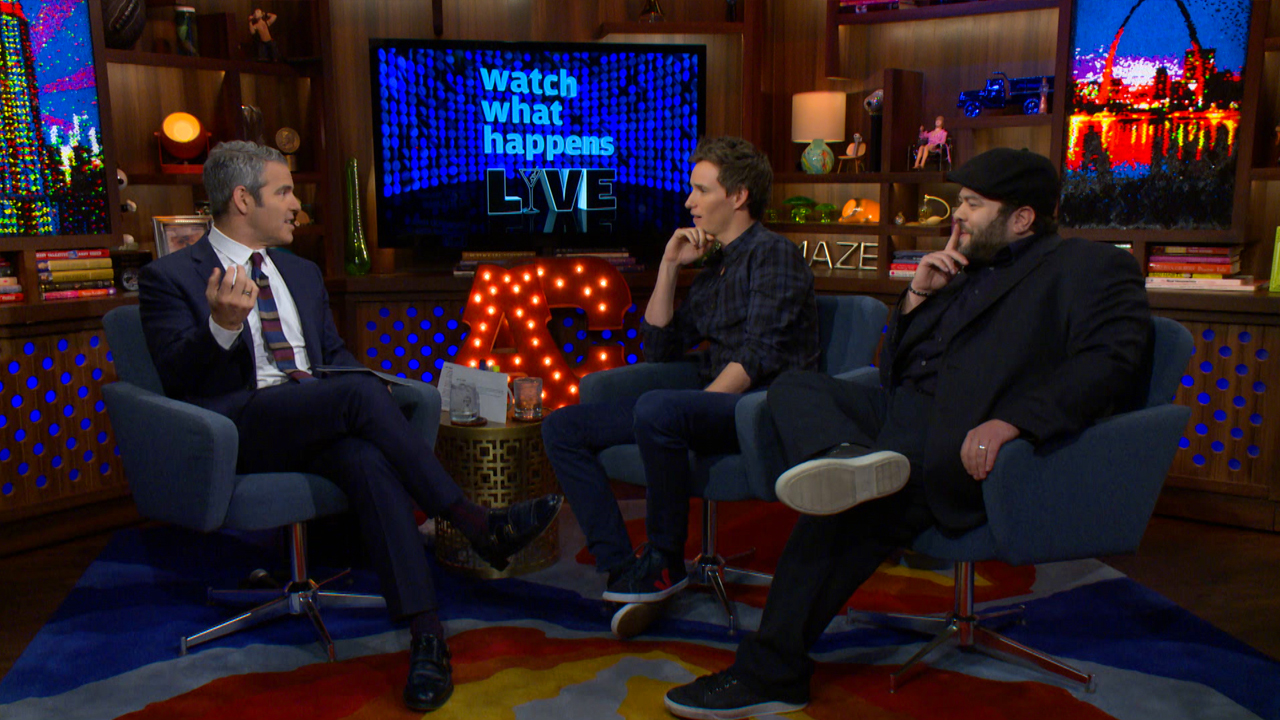