Before Taylor Schilling threw on a prison jumpsuit to become the star of Netflix's acclaimed prison dramedy Orange Is the New Black, she had a brief turn on the short-lived NBC show Mercy.

And as Andy Cohen reminded her on last night's Watch What Happens Live, during that series' run, Schilling actually had an on-screen run-in with a few Bravolebrities: Teresa Giudice and Jacqueline Laurita from the Real Housewives of New Jersey.

Schilling's response: "Why don't you have another 900-calorie peach margarita and shut up, okay?"

Watch Taylor Schilling look back at her showdown with Teresa Giudice and Jacqueline Laurita and tell us in the comments: which Housewife delivered her lines best? 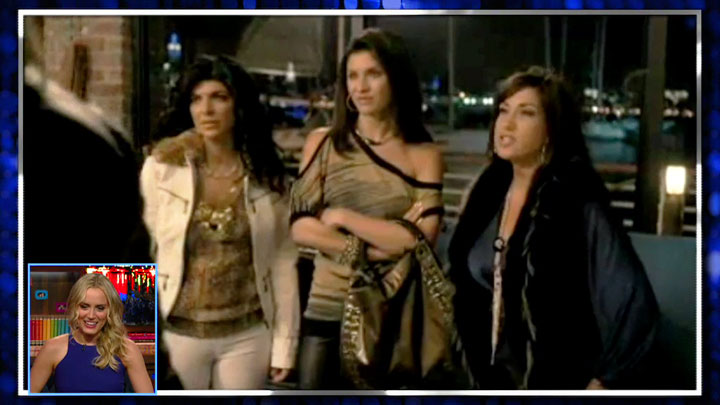