Believe it or not, it's been exactly four years since ex-Real Housewives of New Jersey's Danielle Staub sipped sweet white wine through a straw on live TV as the first-ever guest in the Bravo Clubhouse.

On last night's special anniversary episode of Watch What Happens Live Andy Cohen took a stroll down memory lane, looking back at his highest and lowest moments as the host of late night's wildest show.

His fave moments include Jenny McCarthy falling in love with Donnie Wahlberg in front of his eyes, a fire alarm shutting down the show (which led to an amazing photo of Andy, Jeff Lewis, and Cloris Leachman...on a fire truck!), being spanked by Martha Stewart, and getting his famous "shot ski" from Jimmy Fallon.

In the clip below, Andy shows off his ultimate high—delivering the famous Nicolas Cage line from Moonstruck and getting slapped by Cher—and warns we may not want to watch the low moment, which came when Dwight from Real Housewives of Atlanta tried to prove that he really did get a "new appendage."

Watch Andy Cohen show us his favorite WWHL moments and tell us in the comments: what are your favorite memories from the show's past four years? 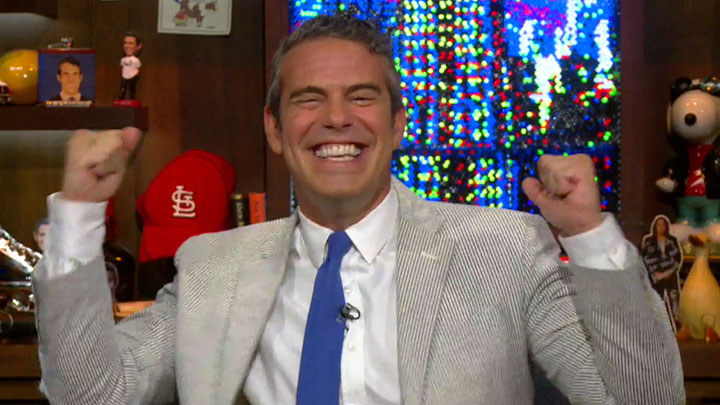