There Are *Two* New Real Housewives Cities Coming Your Way... 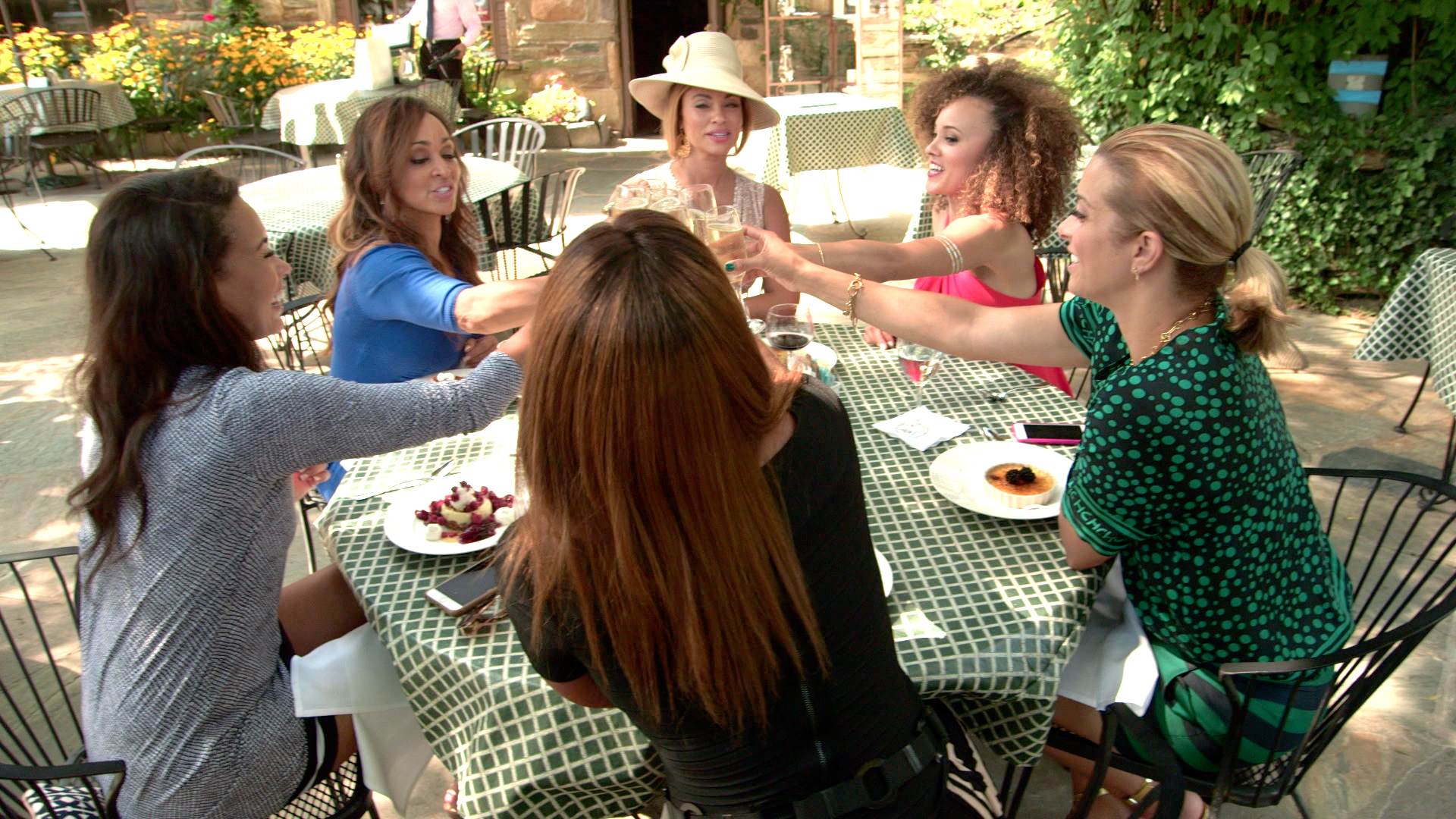 This January, pack your bags and prepare to head to Potomac, Maryland for the latest addition to the Housewives family, The Real Housewives of Potomac. Located just up the river from our nation's capital of Washington, D.C., Potomac is a cozy, upscale enclave with gated mansions, rolling hills, and exclusive country clubs. Viewers will be introduced to the wealthy African-American families who have broken racial barriers and now reside in the sophisticated community. The Real Housewives of Potomac will follow socialite and single mom Gizelle Bryant, international model and TV personality Katie Rost, grand dame Karen Huger, social butterfly Charrisse Jackson-Jordan, publicist and single mom Robyn Dixon, as well as restaurateur Ashley Darby.

If we've learned anything from this first look, it's that Potomac residents throw a lot of parties, and place a strong emphasis on the distinction between old money versus new money and proper etiquette. "If you haven't heard of Potomac, that's fine, because that means we've done a great job of keeping it a nice, little secret," Gizelle explains of the town she calls home. It's also a place where playing by the rules is very important. "If you don't behave yourself in Potomac, you might be asked to leave," Katie adds. The Real Housewives of Potomac premieres Sunday, January 17 at 9/8c.

But there's even more Housewives to enjoy in 2016! Stay tuned for details on The Real Housewives of Dallas, which will debut later next year. And, yes, the series will certainly confirm that everything — including the drama — is bigger in Texas.

Meet the Real Housewives of Cheshire

Get Your First Look at RHOBH Season 6!