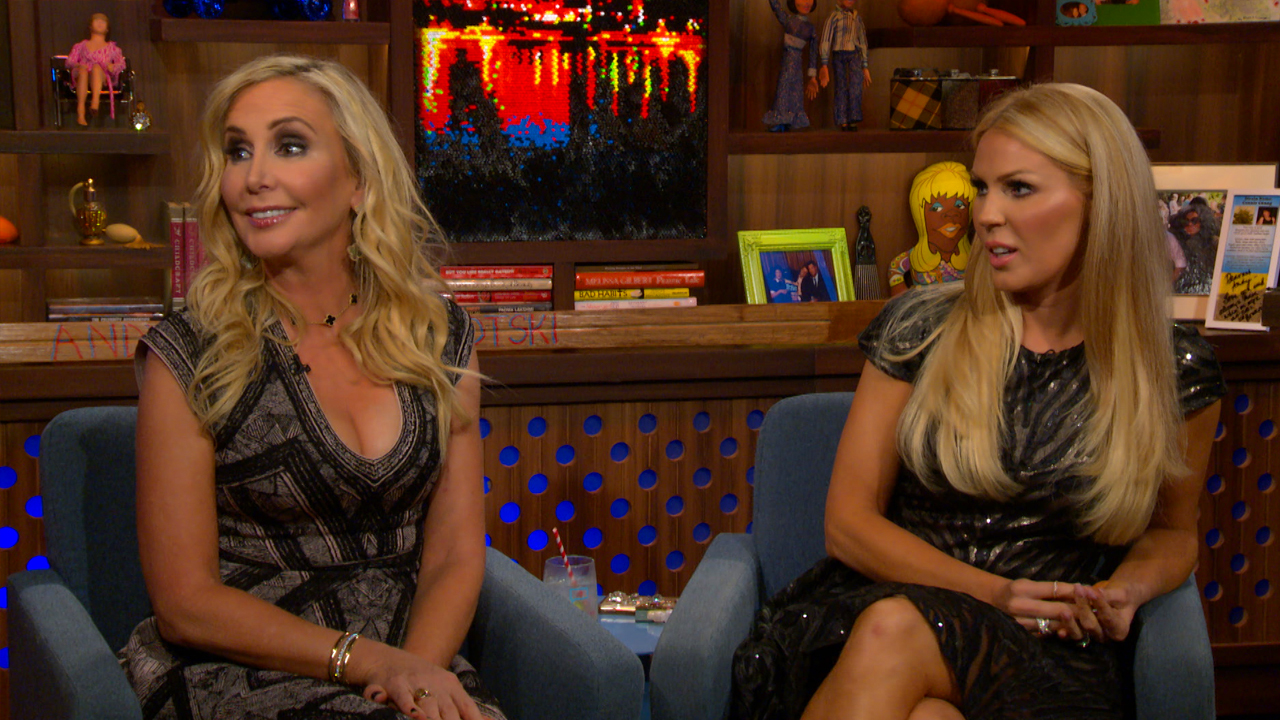 Things got a bit awkward between Shannon Beador and Gretchen Rossi when they both appeared on Watch What Happens Live on Monday (September 21). The current Real Housewives of Orange County Wife and one of the show's former ladies, hashed it out on live TV over their very-differing relationships with Tamra Judge. It went down after Andy Cohen asked them what they were disagreeing about during a commercial break. Cue the drama.

"We just had a difference of opinion about Tamra, that's all," Gretchen shared (in the clip above). "I mean, it's just obvious." What's obvious, you might be wondering? Well, according to Andy Cohen, Gretchen believes Shannon "drank the Kool-Aid" — a claim Shannon denies. "I asked her about the Ricky [who is Tamra's former friend] comment. I said, 'So apparently you don't like Ricky?'" Gretchen elaborated. "And she's like, 'I just think he's a pot stirrer.' [And I said], 'Tamra's the biggest pot stirrer of them all.'" Shannon disagreed and, so, Gretchen deduced that she's been — you guessed it! — drinking the Tamra Kool-aid.

"Listen, Andy, she didn't' go through the five years of the torture that Tamra put me through," Gretchen added. "And I understand where she's coming from, and that's OK."

In an unsurprising turn of events, Shannon explained why Meghan King Edmonds is the biggest pot stirrer in all the RHOC land. 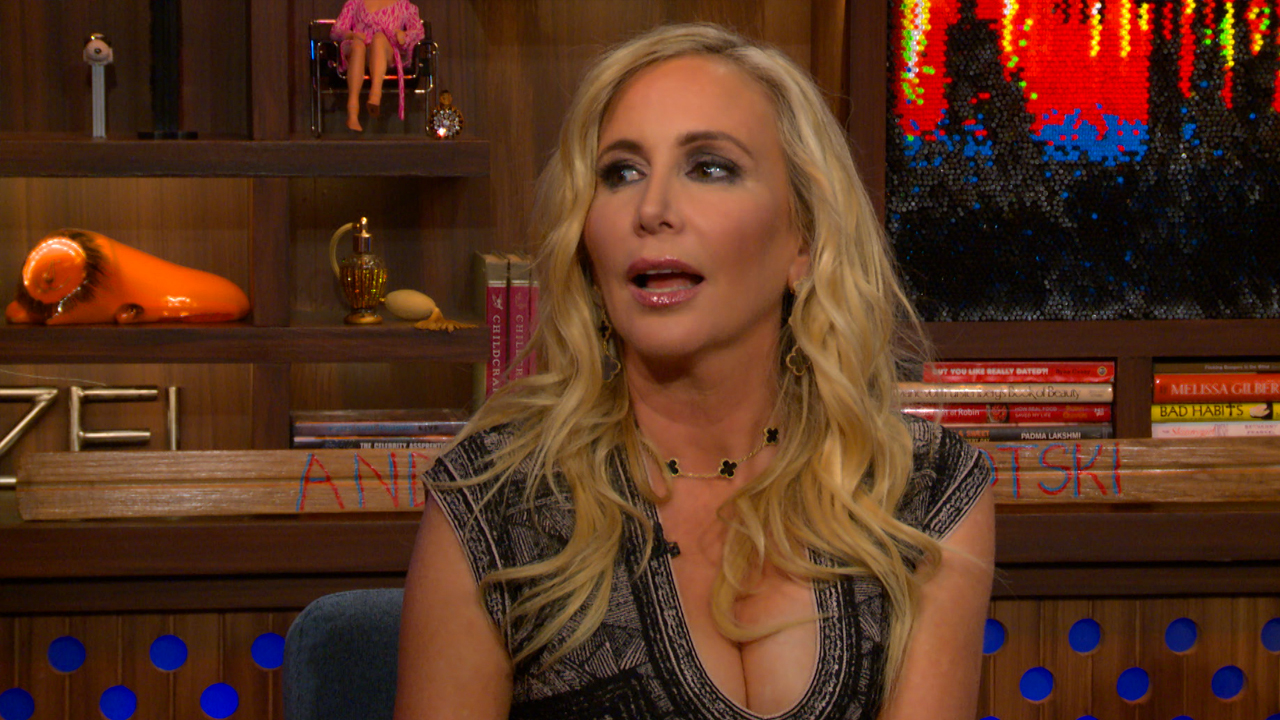 Check out photos from Shannon and Gretchen's WWHL appearance below.

Gretchen Knows Why Tamra Doesn't Want Her Back on #RHOC

Are Gretchen Rossi & Slade Smiley Ever Getting Married?