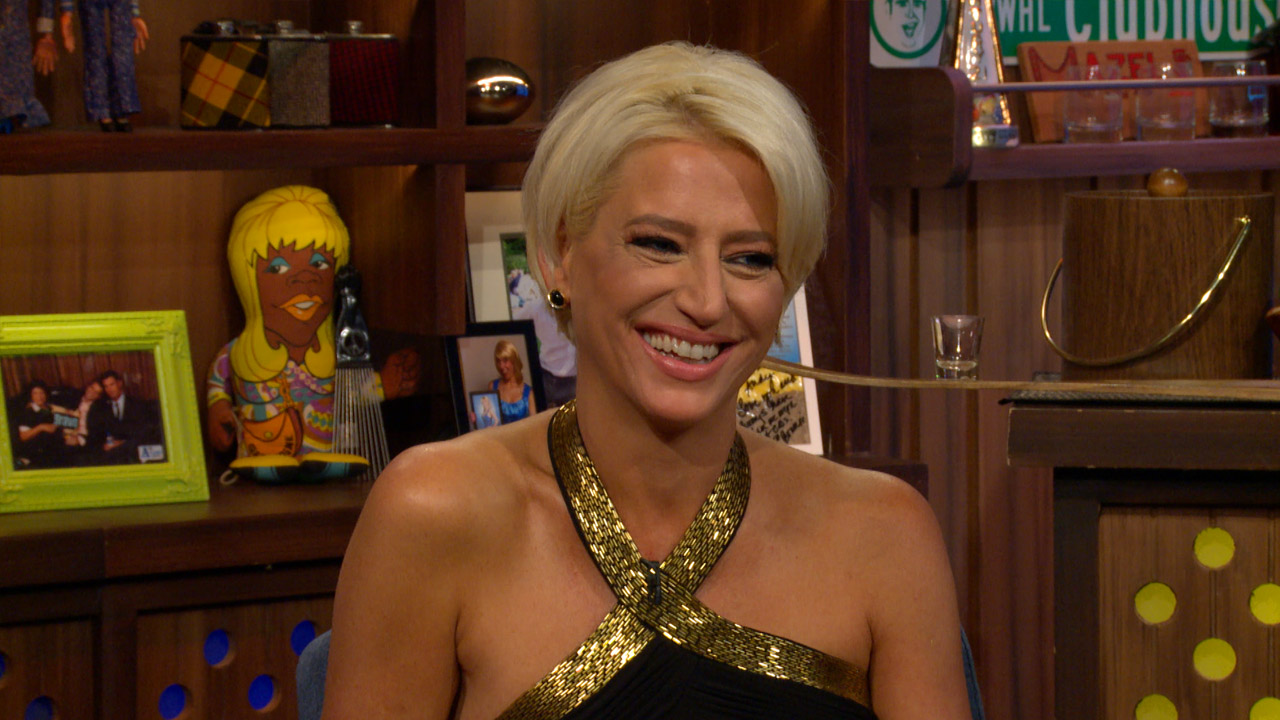 The Real Housewives of New York City newbie Julianne "Jules" Wainstein hasn't made the best impression on Bethenny Frankel so far this season, leading some to wonder if the vet is unfairly targeting the new kid on the block. Dorinda Medley, who has been good friends with Jules for years and introduced the rookie to the Skinnygirl mogul on RHONY, weighed in on Bethenny's style of welcoming newbies into the group during the Watch What Happens Live After Show on Wednesday.

"It's like going to see your internist," Dorinda told a caller about what it's like to meet Bethenny for the first time (clip above). "You've got to stick your tongue out, bend over, and cough. So she wants to really sort of find out everything she can."

But it hasn't been easy for Dorinda to see Jules go through this. "Bethenny's actually a very good person, deep down, but she comes off sometimes being quite cruel, and I think she thinks it's humor, but it's not. It's hurtful," she said. "Jules is new, and she became the easy target. It's painful to watch, actually."

Exclusive
What the ‘Wives Think of Jules Wainstein 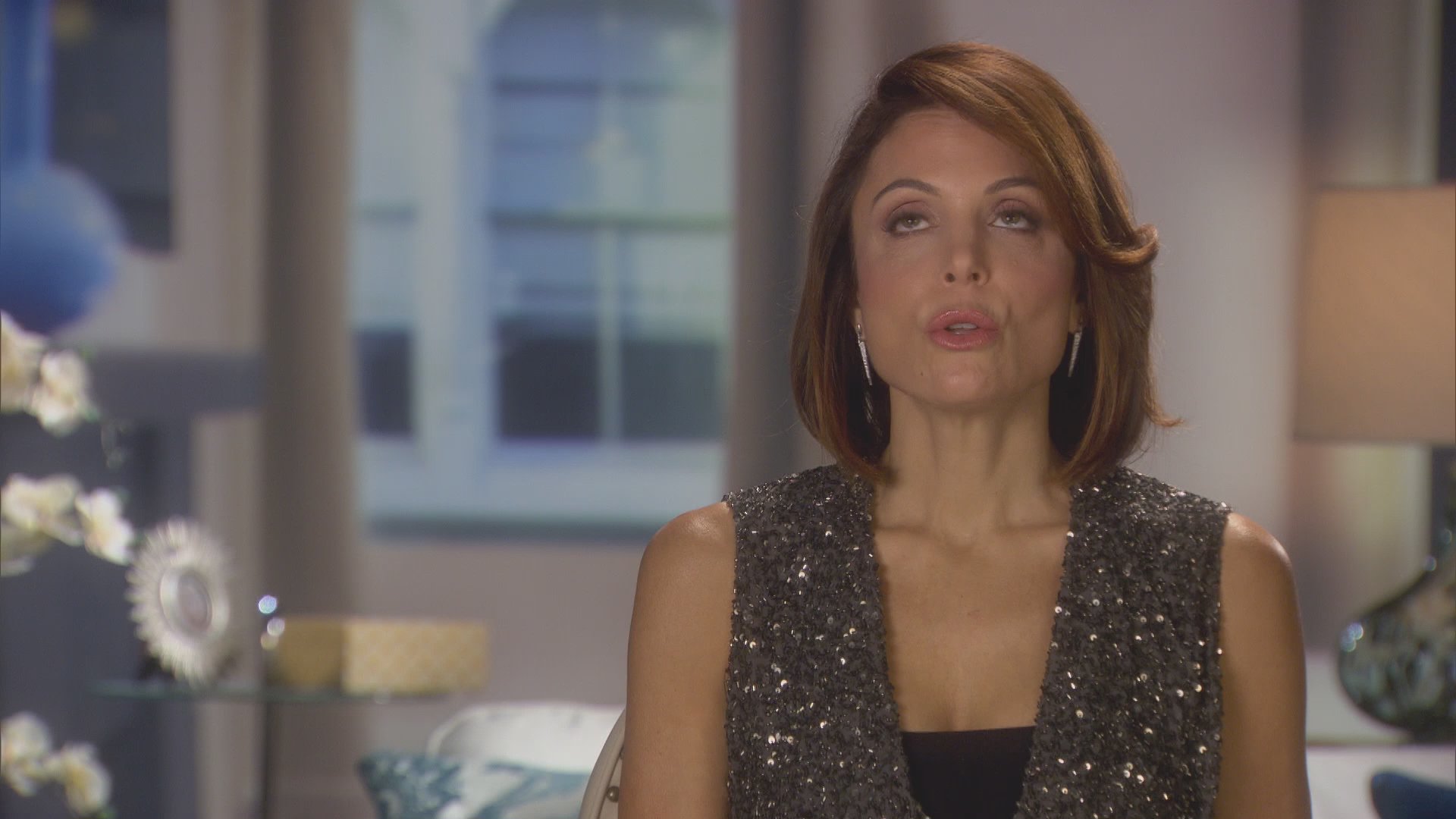 Of course, Dorinda had her own heated exchange with Bethenny and longtime friend Ramona Singer over her boyfriend John Mahdessian during the bra party on Wednesday night's episode of RHONY, especially when Ramona brought up a rumor she heard about John and his Viagra use. "I don't know what the point was. First of all, there's certain things in life you just keep private. I don't believe it. The story doesn't track. But it just doesn't matter. I just don't think as girlfriends, women that empower each other, you ambush people like that. I wouldn't, and I know a lot of secrets about a lot of people," Dorinda said. "I think it's best if you have concerns to do it one-on-one. I mean, that's what I try to do anyway."

But don't think this is the end of Raminda, the name we just coined for Dorinda and Ramona's friendship. "You'll watch and see. You know, it's a process. I've known [Ramona] a long time. You don't just throw away friendship," Dorinda said during the WWHL After Show. "So this isn't sort of like a Housewife friendship; this is a 20-year relationship."

So does that mean Raminda lives? We'll have to wait until the next episode of RHONY airing Wednesday, April 20 at 9/8c to find out.

Preview
Next on RHONY: John's Here 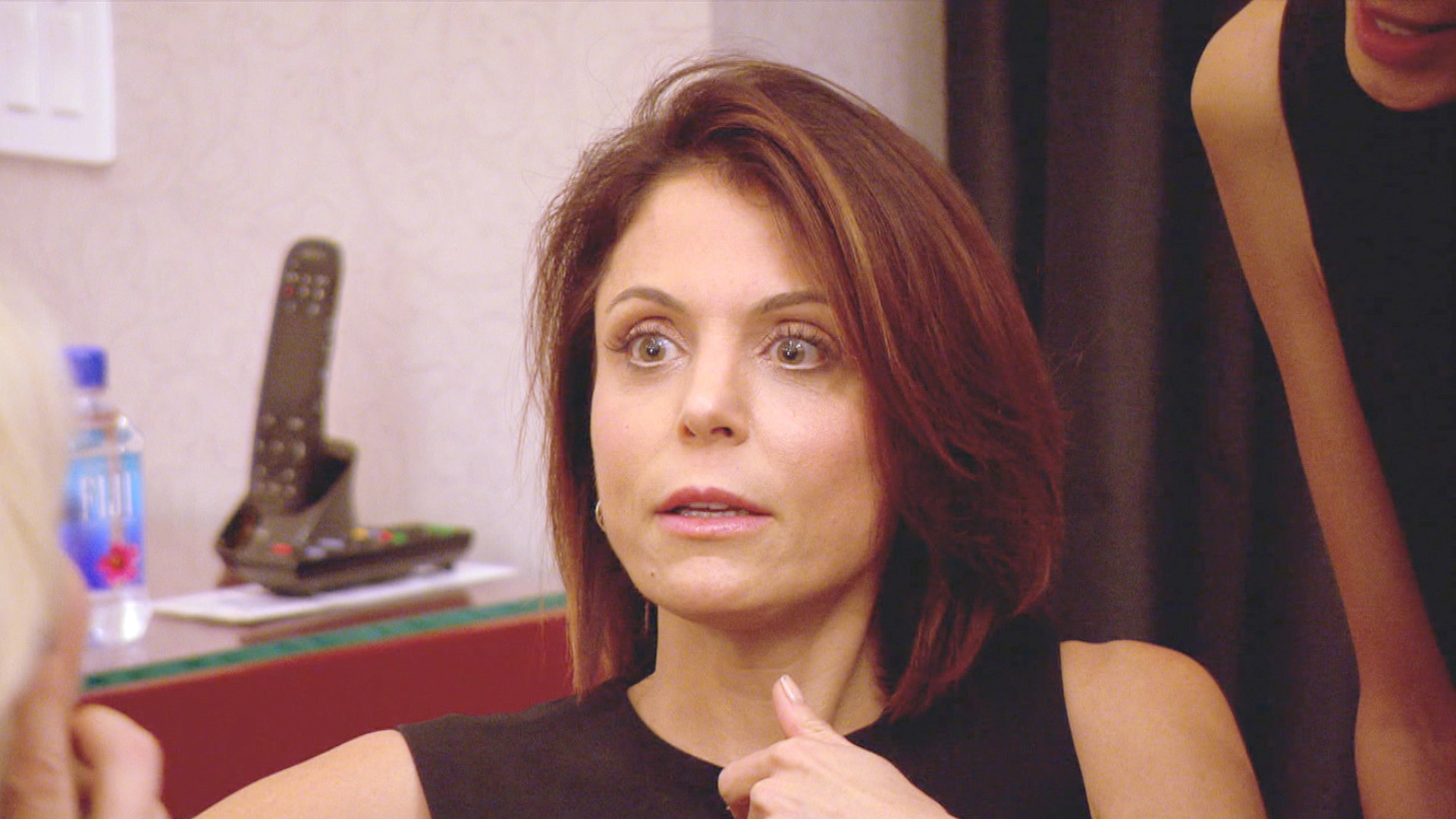 Was Bethenny Frankel Too Critical of Jules Wainstein?