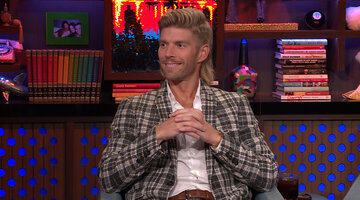 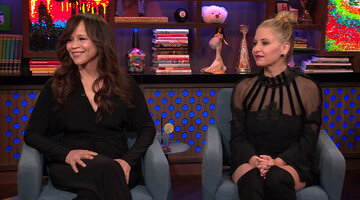 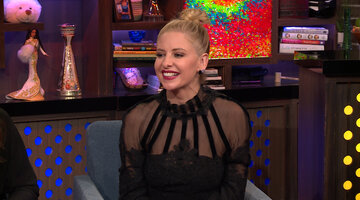 Tom Schwartz was experiencing more than your run-of-the-mill seasonal depression when he shot Winter House Season 2 in Vermont last year. Though the Vanderpump Rules cast member and now-ex Katie Maloney were on the verge of divorce at the time, he still remembers some bright spots.

"Was reminiscing on our [Winter House] excursion," Schwartz captioned a Thursday, December 15, Instagram photo of himself with fellow Vanderpump Rules restaurateur Tom Sandoval, Summer House's Kyle Cooke, and Southern Charm's Craig Conover, adding snowboarding and beer mug emojis. "I was a basket case. It was fun though. Shout out to that whole gang."

Noting that he "only [has] one pic from that whirlwind," Schwartz, who previously referred to himself as a "mope" during filming, concluded his caption, "Think I tagged everyone?"

In the comments, Kyle replied, "Love you brother!"

The same night that Schwartz and Sandoval's Winter House arrival episode aired on November 3, Kyle also shared his reaction to seeing his friend in that mood on Watch What Happens Live with Andy Cohen. “In the moment [during the season], I did not know. This was a couple of weeks before they had split. I was just trying to be as supportive as possible,” he said. “Fast-forward to today, I think that Schwartz just needs a little spark in his life.”

After Being a “Mope” on Winter House, Here’s How Tom Schwartz Is Doing Today

Weeks earlier, Schwartz also got candid about his and Katie's split at BravoCon 2022, which took place just days after they finalized their divorce. "It's been an emotional rollercoaster," he explained during a Vanderpump Rules panel. "I feel like for the first few months I was a sad sack of s--t. And I think I'm guilty of indulging in those feelings a little bit."

The Schwartz & Sandy's co-owner went on to say he "got addicted to the sadness," adding, "I turned emo for a while — I was kind of wallowing in my own pity party."

Luckily, he's doing much better these days though.

Watch Winter House on Peacock and the Bravo app.

Life is better as an Insider
Bravo Insider is your VIP pass to never-before-seen content, exclusive giveaways, and so much more!
Sign Up for Free
All Posts About
Katie Maloney
Tom Schwartz
Winter House
Related

How Tom Schwartz Feels About His Divorce Today