Lisa Vanderpump Speaks Out About Yolanda Foster's Lyme Disease: "Her Illness Is Real" 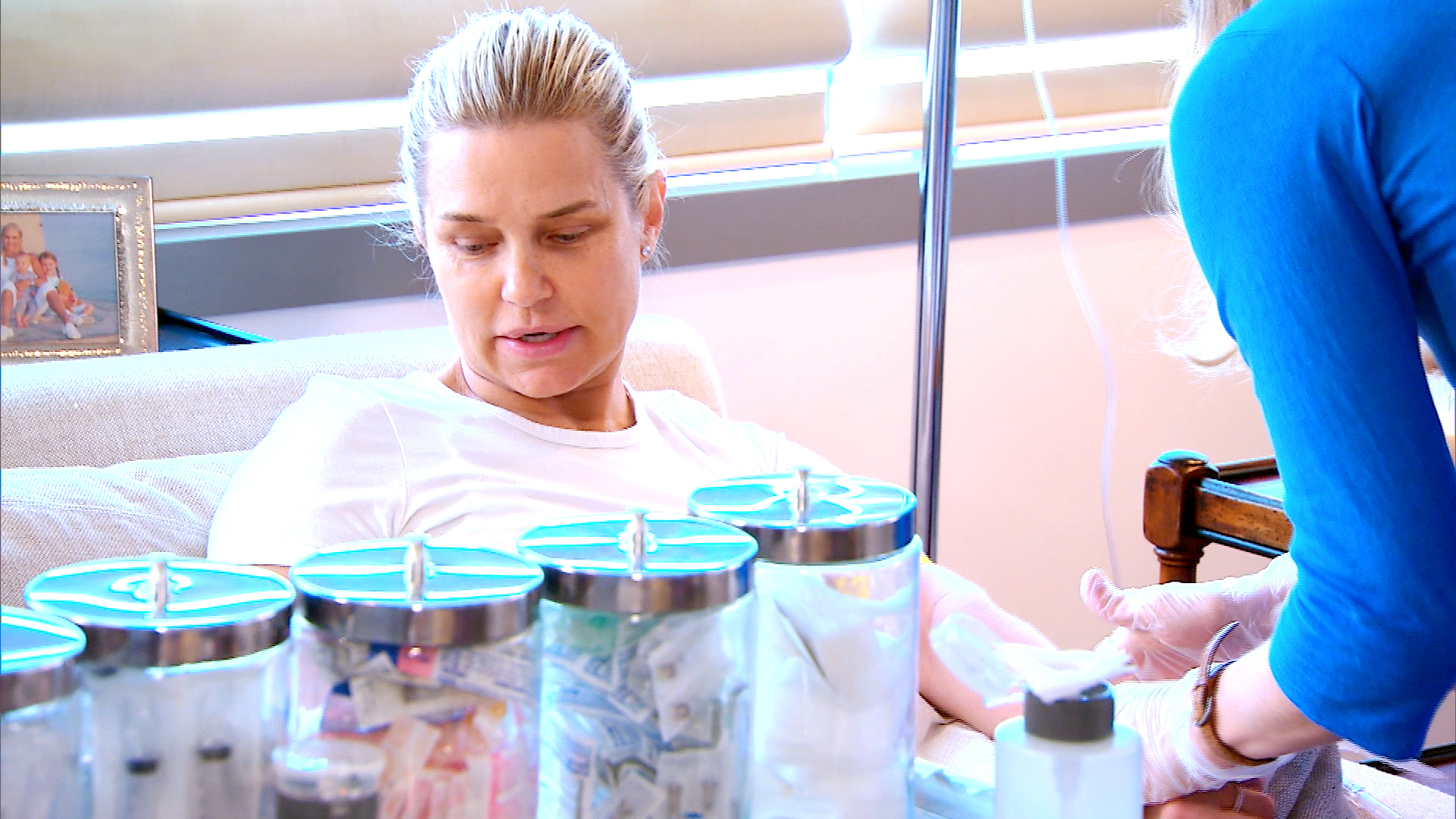 In the Season 6 premiere of The Real Housewives of Beverly Hills, Lisa Vanderpump didn't seem completely convinced that Yolanda Foster was really struggling with Lyme disease. Now, however, the restaurateur has changed her tune. "Her illness is real. She definitely hasn’t been well. It’s real," Lisa told The Daily Dish on the red carpet of the RHOBH Season 6 premiere party in Los Angeles Thursday night.

Yolanda's illness and its legitimacy will become a major topic of conversation among the 'Wives this season. As the supertease of Season 6 of RHOBH shows, Lisa Rinna brings up Munchausen Syndrome, a mental disorder in which someone feigns an illness, in relation to Yolanda's health. Kyle Richards said Lisa R. brought up the term to herself and Lisa V. while filming RHOBH, which may cause some controversy this season. "Lisa Vanderpump and I just went, 'Oh gosh. This is really bad.' So obviously, Yolanda was very upset hearing that," Kyle recently told The Daily Dish in an interview featured in the clip, below. "But we all know that Yolanda is suffering from Lyme disease. She absolutely has Lyme disease and is suffering." 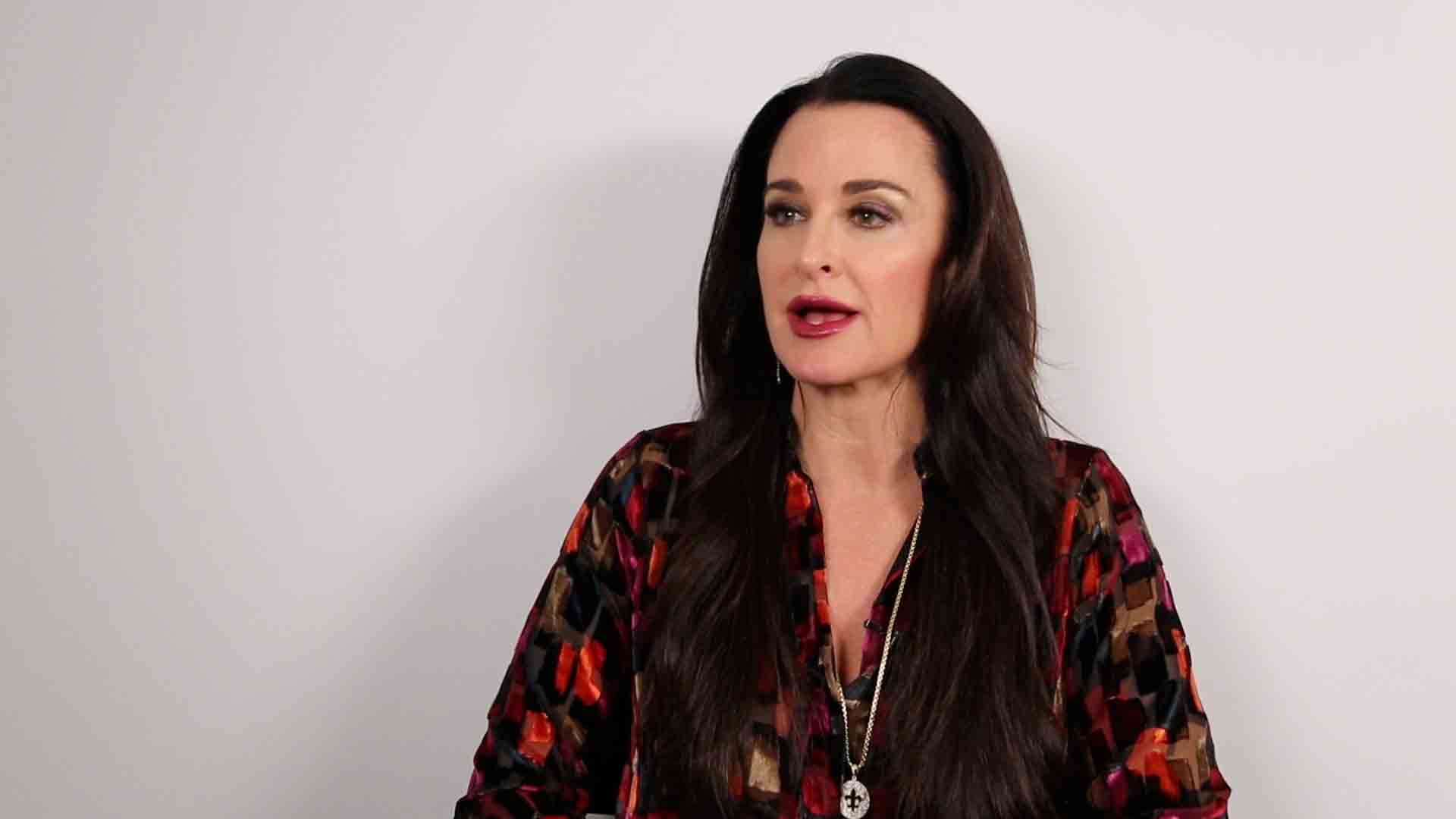 Kyle went on to explain that it was all of the experimental treatments Yolanda had been undergoing for Lyme disease that really put doubt in some of the RHOBH ladies' minds. "I think it's because there were so many different treatments of flying all over the world and sort of like treatments we'd never heard of. You know what I mean, these, like, oxygen tanks and cryotherapy and stem cell replacement and taking the mercury out of her teeth," Kyle said. "So it was just a lot of stuff going on. She was not happy with some of the things people were saying."

In Tuesday night's upcoming episode, Eileen Davidson and Lisa R. will visit Yolanda in her new condo and will learn about all of the treatments she has undergone to fight this disease. Eileen said she doesn't understand why some of the RHOBH ladies would question Yolanda's health struggles. "I’m not a fan of that," Eileen told The Daily Dish at the RHOBH Season 6 premiere party. "Why kick a dog while its down? I don’t get that."

Yolanda gave an update on her health status on the red carpet of the event. “I am doing a lot better than I was last November. You know, I have been in bed for exactly a year. I spent most of my days in bed," she told The Daily Dish. "I am happy to be dressed tonight. I am wearing a little makeup. I got my hair done today, just to make those girls happy. I am grateful to have a job. I hope to be moving forward to a bright future. Just trying to get through it one day at a time."

Yolanda's decision to not wear makeup in public while in such a weak state surprised her RHOBH castmates in the Season 6 premiere of the show. Let's hope Yolanda's decision to primp a little more these days means she's slowly getting back on her feet. -Additional reporting by Paul Zahn

1 hour ago
See All Posts
Watch Now
Life After Bravo