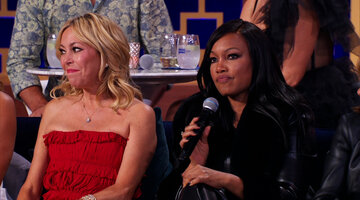 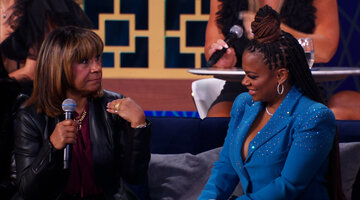 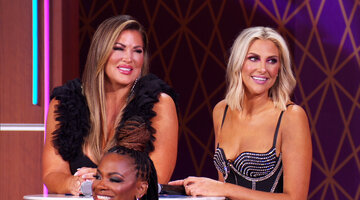 Well, things definitely got shady during the Watch What Happens Live with Andy Cohen episode that aired on Monday, October 17, and was filmed during the BravoCon 2022 weekend. Guests not only brought the fun but were also tasked with bringing the reads with a little game of “Truth or Drink!” and at one point The Real Housewives of Atlanta mom Mama Joyce Jones was put in the hot seat.

When it was her turn to play, the prompt was “Mama Joyce, say three nice things about Todd [Tucker].”

After taking a moment to ponder, she did say three things about Todd, two of which left her daughter — Todd’s wife, Kandi Burruss, who was also a guest on the episode — uncertain of how nice they were (check it out above). Then Mama Joyce made a big reveal about her current status with her son-in-law: “And him and I get along,” she said. “We’re getting along much better.”

Fans have long followed Mama Joyce and Todd’s ups and downs over the years on RHOA, and they even got more insight into the relationship between the Atlanta matriarch and Kandi’s husband during Kandi & The Gang, which aired earlier this year.

What Advice Did Kandi Burruss' Family Give Her When She Joined The Real Housewives of Atlanta?

Back in 2021, when speaking to Bravo Insider, Kandi’s daughter Riley Burruss shed more light on the drama her grandma finds herself in and what she’s like at home.

“I think it’s definitely different for people at home seeing her on TV, and then me just [being] there. Whenever there’s stuff about her on TV, when she has an argument or something, I just find that really funny. I don’t really take it seriously,” she said. “She’s really caring. She’s always trying to make sure the kids are OK. I feel like the kids are her main concerns, but that’s probably why I find it funny, ’cause I’m like, ‘Oh well, it’s good for me.’ I know a lot of people try to make her seem like she’s really mean and stuff. But I think it’s just like a little sass, I guess a word for myself. So I just find it funny.”

You can check out more of Riley addressing all things Mama Joyce and Todd from her time at BravoCon 2022, below.

Life is better as an Insider
Bravo Insider is your VIP pass to never-before-seen content, exclusive giveaways, and so much more!
Sign Up for Free
All Posts About
Kandi Burruss
Mama Joyce Jones
Todd Tucker
Riley Burruss
Related

Riley Might Have a Use for Todd’s Condo, but He’s Not Thrilled