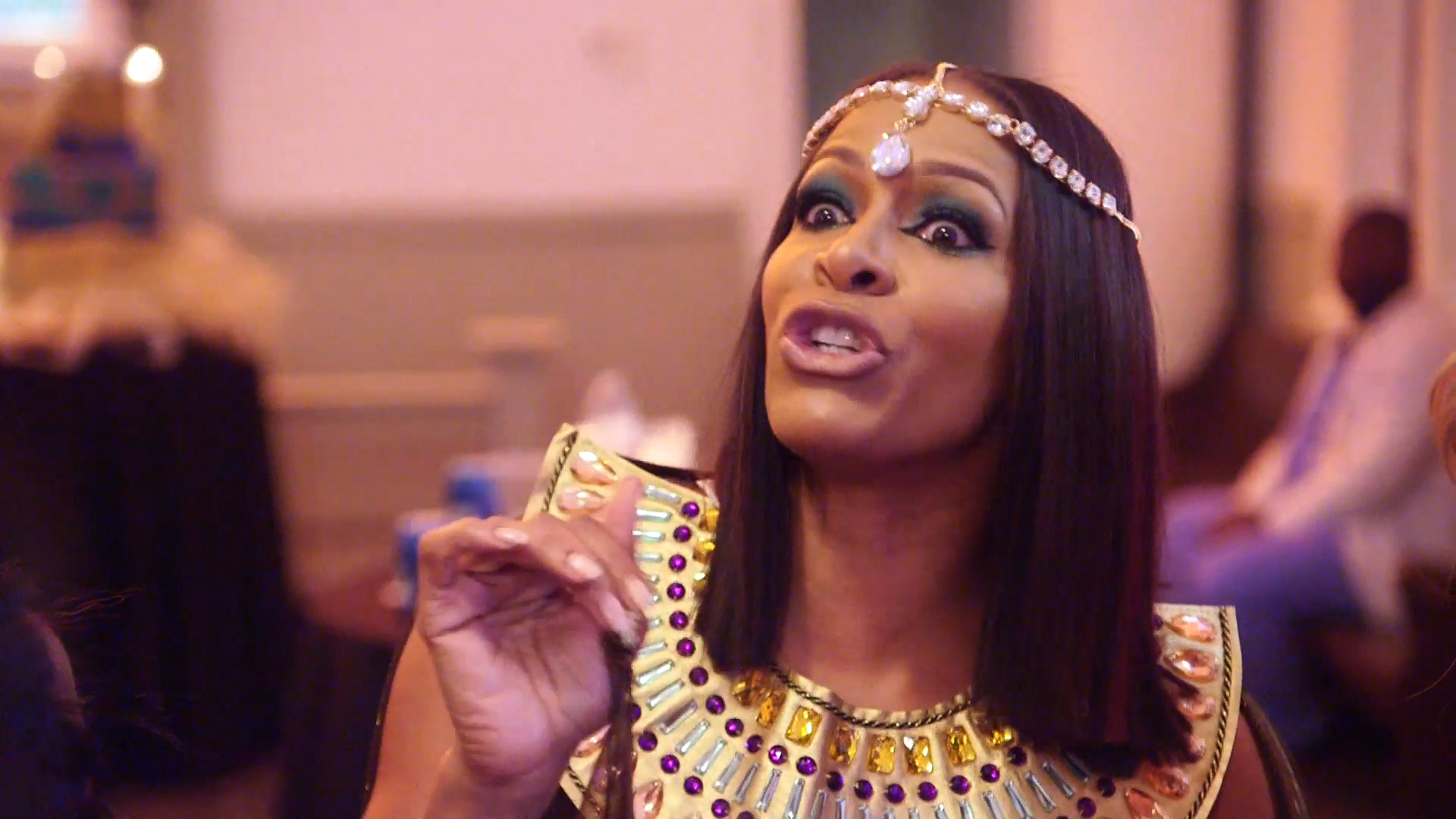 BravoTV.com: What went through your mind when you saw NeNe and Gregg's costume?
Kim Zolciak-Biermann: I guess she rented her costumes from the same place she rented her furniture…#dated #notcreative. It’s pretty unbelievable to me that she can mock the facts of my accusations, but had I mocked her slanderous statements, it would have been unacceptable. At the end of the day her mockery and her making fun of it just discredits her own statements. If she truly believed I was “racist,” she wouldn’t mock or make fun of it, correct? But then again I’m only “racist” when we don’t get along.

BravoTV.com: Were you surprised to hear about Porsha's text saying not to trust Sheree?
Yes! I have known Sheree for 15 plus years and she has NEVER broken my trust! We have shared many many secrets over the years, and even during the one disagreement we did have, nothing was shared with anyone; but friendships go hand in hand and must be reciprocated.

BravoTV.com: Whose costume was your favorite?
Cynthia. She looked incredible and never came out of character! She was pretty hot, I must say!

The 'Wives are spilling even more tea in the #RHOA After Show:

All Posts About
Kim Zolciak-Biermann
Related Stories
The Daily Dish

Kim Has a Message for The Real Housewives of Atlanta

This Is Why NeNe Leakes Filed for Divorce from Gregg Leakes