Porsha: The Door is Not Closed... 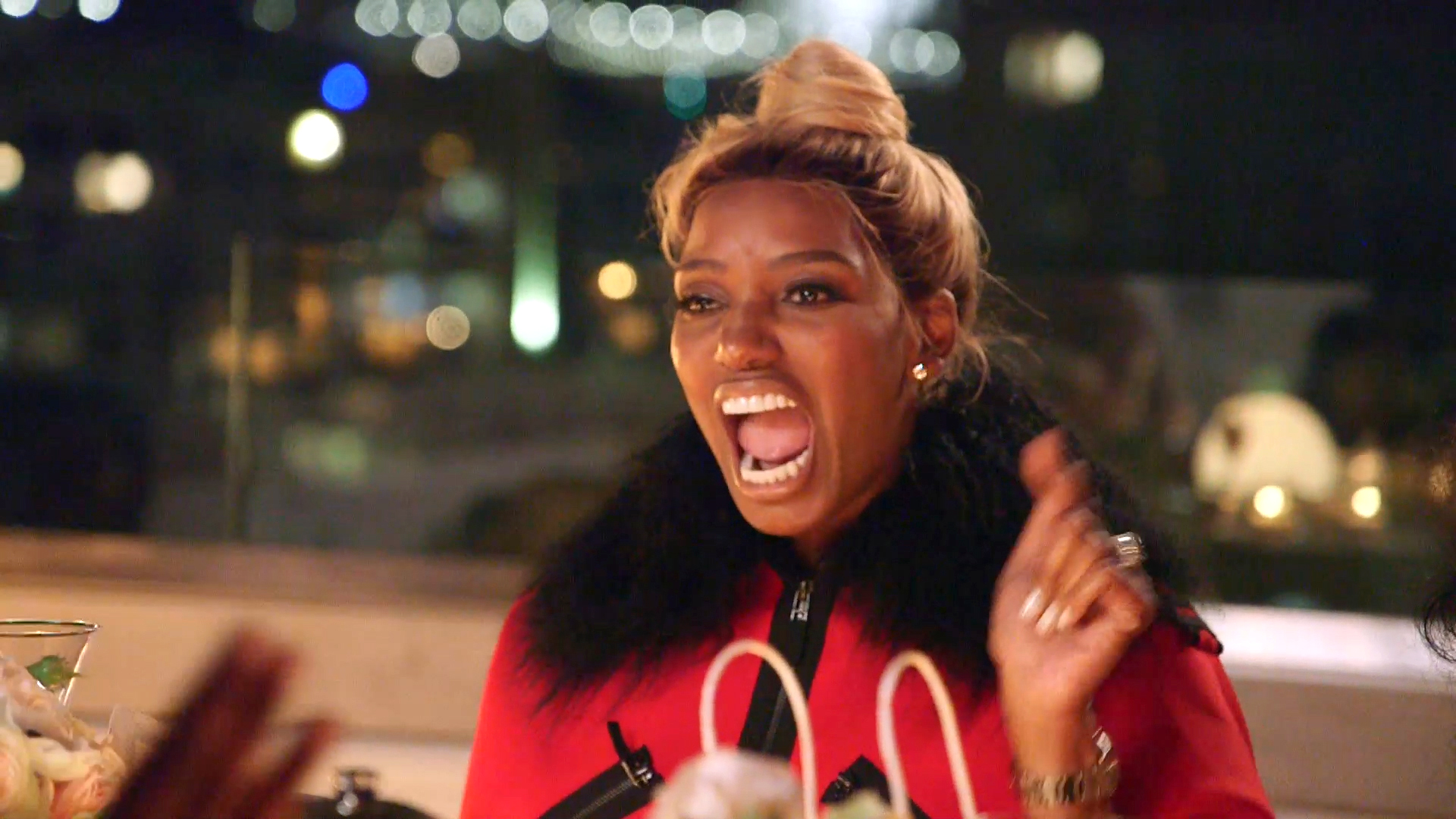 BravoTV.com: What went through your mind seeing Kim and Kenya's blow out?

Porsha Williams: At first, I was blown away by the story. After hearing Kim explain it to me and seeing the show, I could see that Kim held her own just fine, LOL! Both of these women are strong and opinionated, and they both were not playing that night. I’m not sure if I missed anything, but it seemed like Kim did not come to play with Kenya and was ready to start and end any confrontation that night. Now, with that being said, it’s not like Kenya hasn’t provoked plenty of people in the past. To me, I just honestly feel like if we ladies are arguing, we should definitely leave kids out of the conversation. No matter what, that will escalate the disagreement to the next level! Talking to Kim afterwards, I can tell that’s a complete deal breaker, so I don’t think they’ll ever be friends.

BravoTV.com: What did you think when Kim, Kroy, and Shereé showed up at your house?

I was like, “What the heck is going on?!” I was glad to see them — I couldn’t think of a better way to end a night with GoNakedHair! wigs beside me, glasses of wine flowing, and capping it off with some hot tea!

BravoTV.com: Were you surprised that things escalated so much between you and NeNe at the dinner?

Not at all. NeNe was mad at me at Cynthia's party, and I was bothered by that Watch What Happens Live clip. I knew we had to still talk things through, so of course, seeing that she had brought Marlo for back up, it was a sure sign she was going to try to show out! The whole time that I was listening to her and defending myself, I just kept thinking that all she had to do was tell the truth. "Yes, I said it, and I hate that it made you feel that way." That's literally all she had to say.

We hadn’t spoken for two years, so at the time, I didn’t realize that she had somehow built up this aggression towards me. I have to take some ownership for not speaking to NeNe for those two years, but it honestly wasn’t for any specific reason. I tried to reach her a few times, but I should have tried harder. I got busy with the show, work, and dating, and she was busy doing her thing and growing her career, so I didn't think we were in the place we were in. Either way, looking back on it, I wish I would have tried harder to catch up with her and check in on her, and I wish that she would have done the same for me. As far as her bringing up Kandi…child, that's another conversation entirely that has nothing to do with NeNe.

Another thing going through my mind as we were arguing was meditation and breathing. I’ve been trying (and I think it’s working) to become a much calmer person during an argument, and I'm focusing on continuously learning and evolving. I need to focus on what’s important in my life and stop being distracted by words. I’m glad I remained calm and stayed seated in my chair — being calm will always keep me out of trouble! As for NeNe, who knows? The door is not closed...I do want to keep the door open.

I guess I’m saying that I hope she can understand what hurt me as well so we can move on — as friends or not. Either way, I'm going to continue to be Porsha, live life, and count my blessings each and every day.

Get a sneak peek at the next episode of #RHOA, below:

Preview
Cynthia Bailey Walks Out on the 'Wives 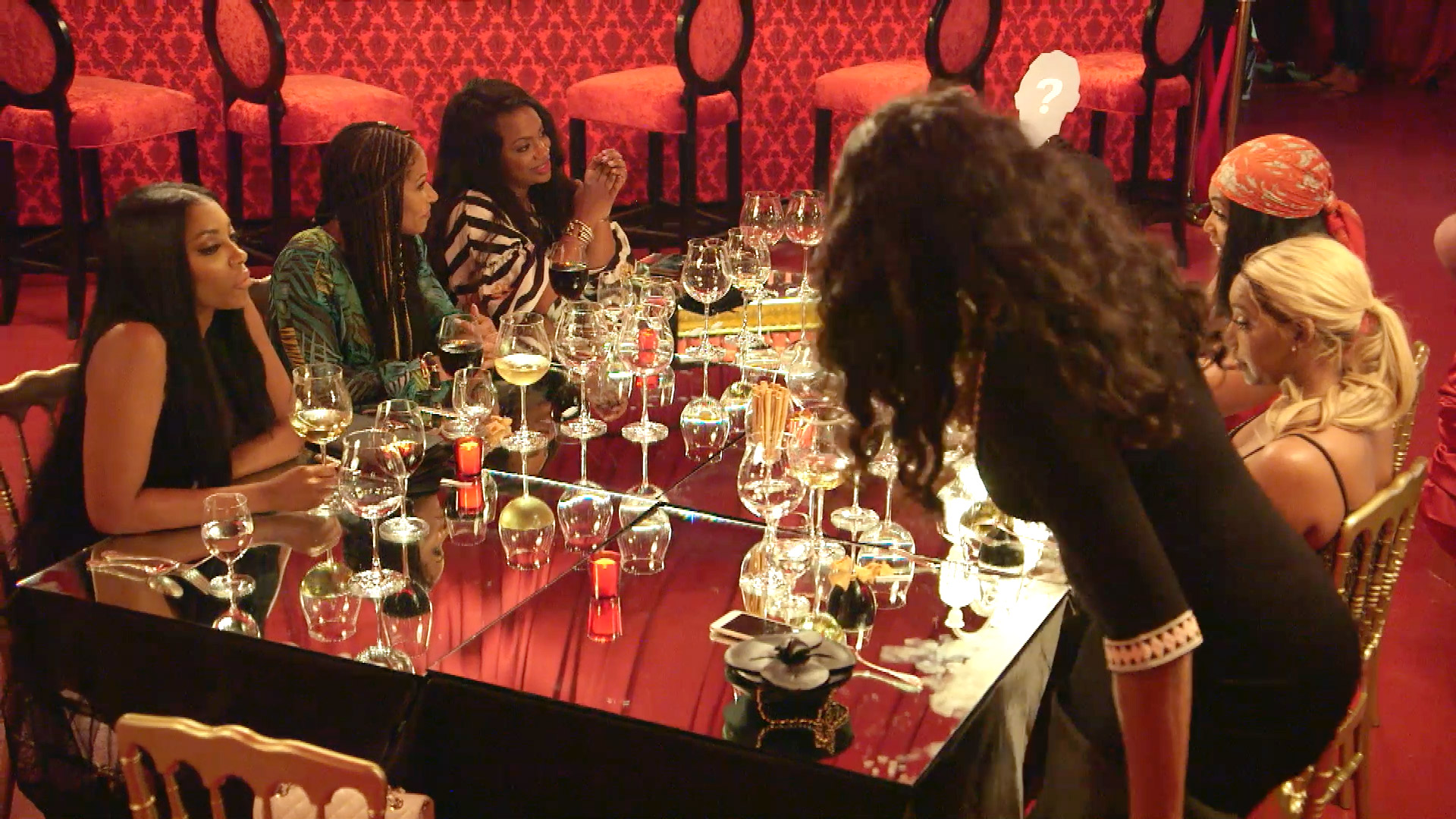 All Posts About
Porsha Williams
Related Stories
The Daily Dish

Kroy on Supporting Kim on Real Housewives of Atlanta

A Deep Dive into NeNe and Porsha's Friendship Timeline