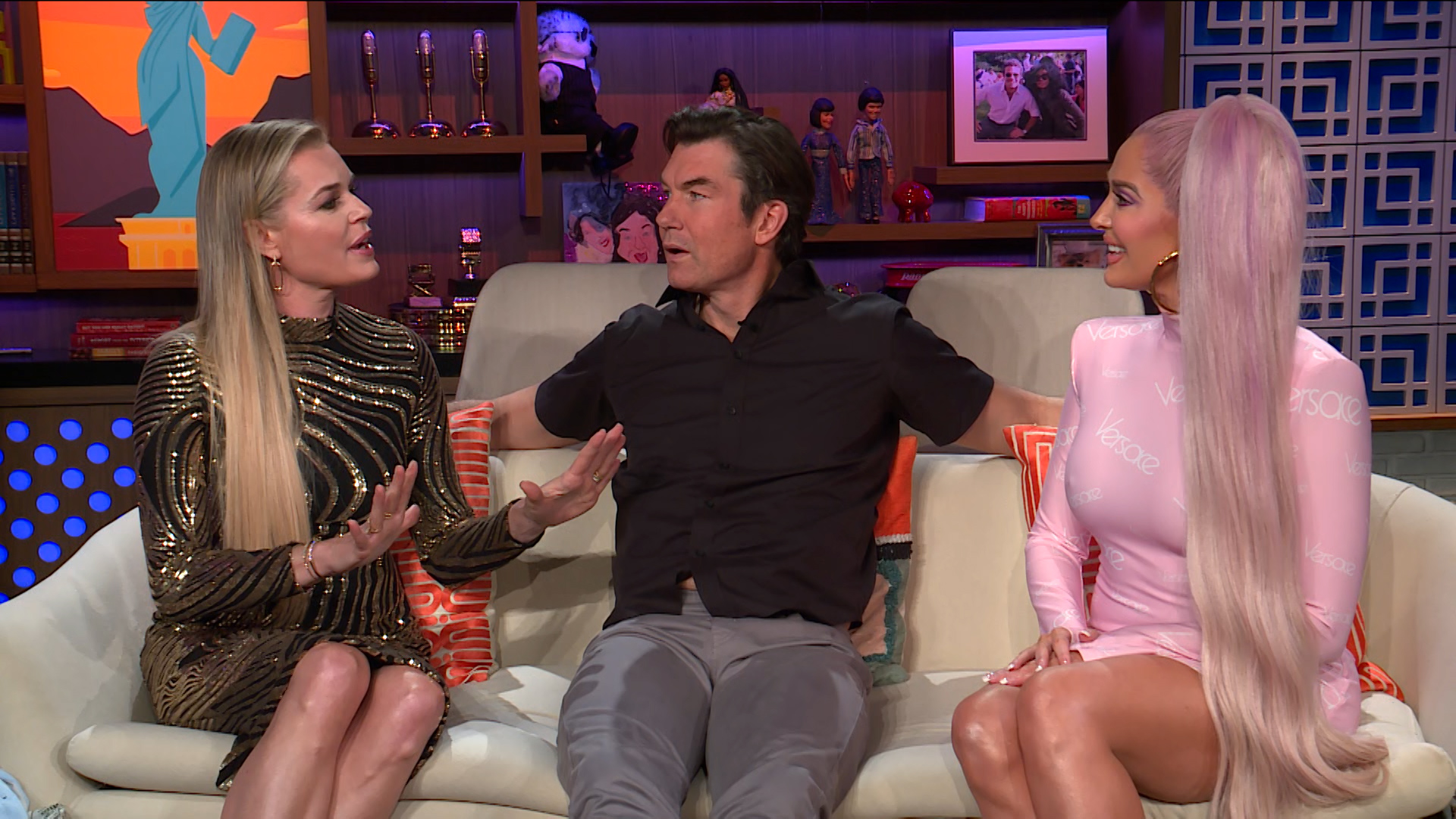 Erika Girardi may have flirted with a short, Marilyn Monroe-esque bob, but now she's taking her hair to new lengths — literally! The Real Housewives of Beverly Hills singer dropped by the Watch What Happens Live with Andy Cohen clubhouse yesterday with a sideswept high pony that's Rapunzel-length. We've seen her rock extra-long ponytails before, but this time she was pretty in pink. Erika matched her hair to the exact shade of her pink Versace dress (kind of like how Lady Gaga rocked a blue hair/bluedress combo at the Golden Globes). Erika looked like either a magical unicorn or a real life Barbie, we can't decide.

Her little Versace number is this logo minidress, which rings in for $1,475. "I think it's fall collection but I'm just getting around to wearing it," she told Andy oh so casually, like the fashionista she is. Teresa Giudice Dyed Her Hair Rose Gold and It's Stunning