Teddi Mellencamp Arroyave: Lisa Vanderpump Is Using Me As the Fall Gal 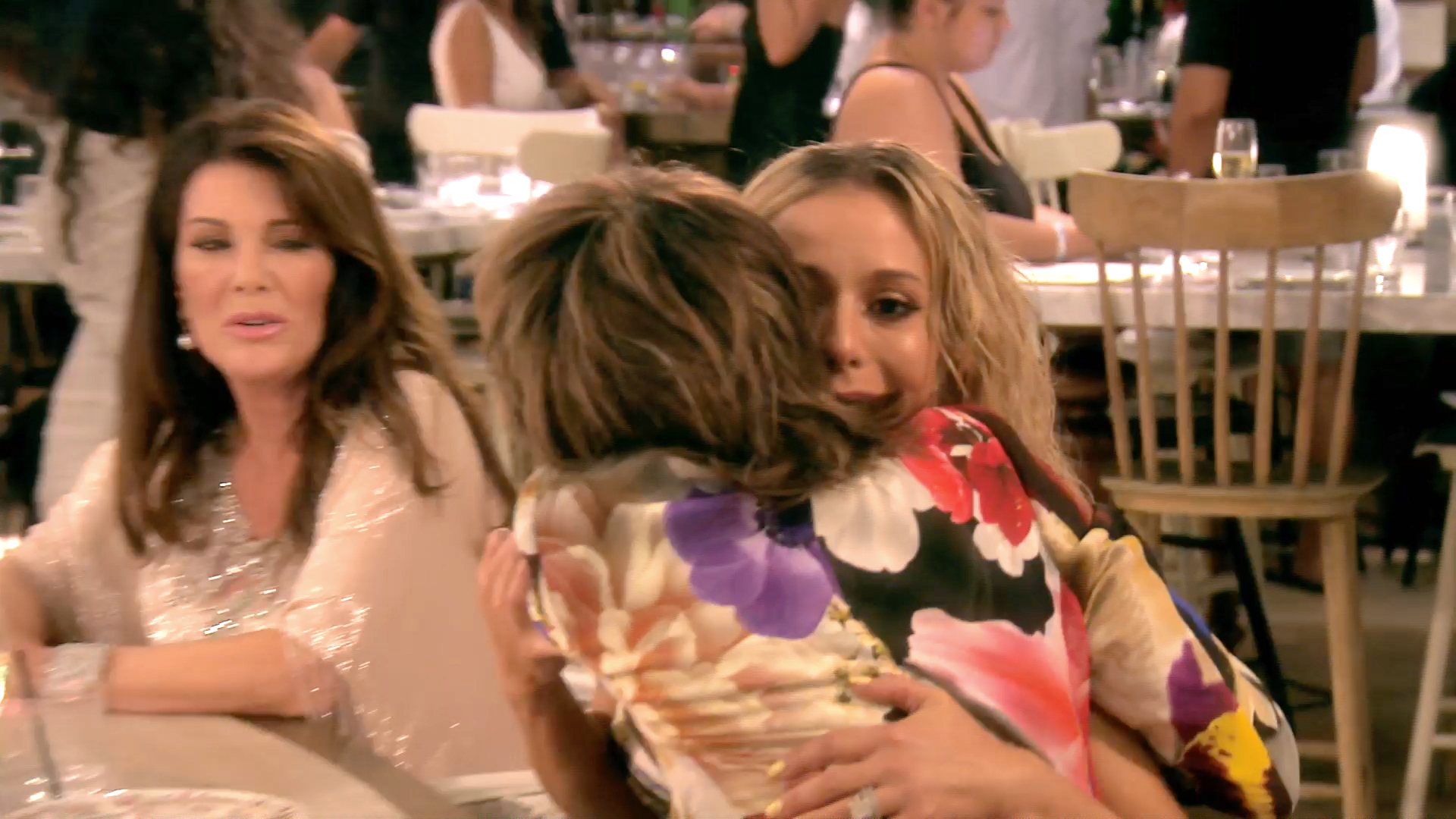 Baha Mar is gorgeous, isn’t it? So great of Dorit to invite us all and to give Kyle and me a room with a bathtub meant for two.

Yes, growing up I would get embarrassed by my dad’s recognition, but now I’m proud.

When Lisa Rinna comes to eat breakfast, all the side dog talk has me extra anxious. But Rinna helped me confirm some feelings. My intuition was already telling me that something was off when LVP was pretending that she didn’t want the Lucy info out there but had John Blizzard tell me before coming to Vanderpump Dogs. And now talking with Rinna and Kyle here, I know I have been used as a pawn to get the story about Dorit and the dog out there while LVP can pretend like she had Dorit’s best interests.

Preview
The Ladies Arrive in the Bahamas 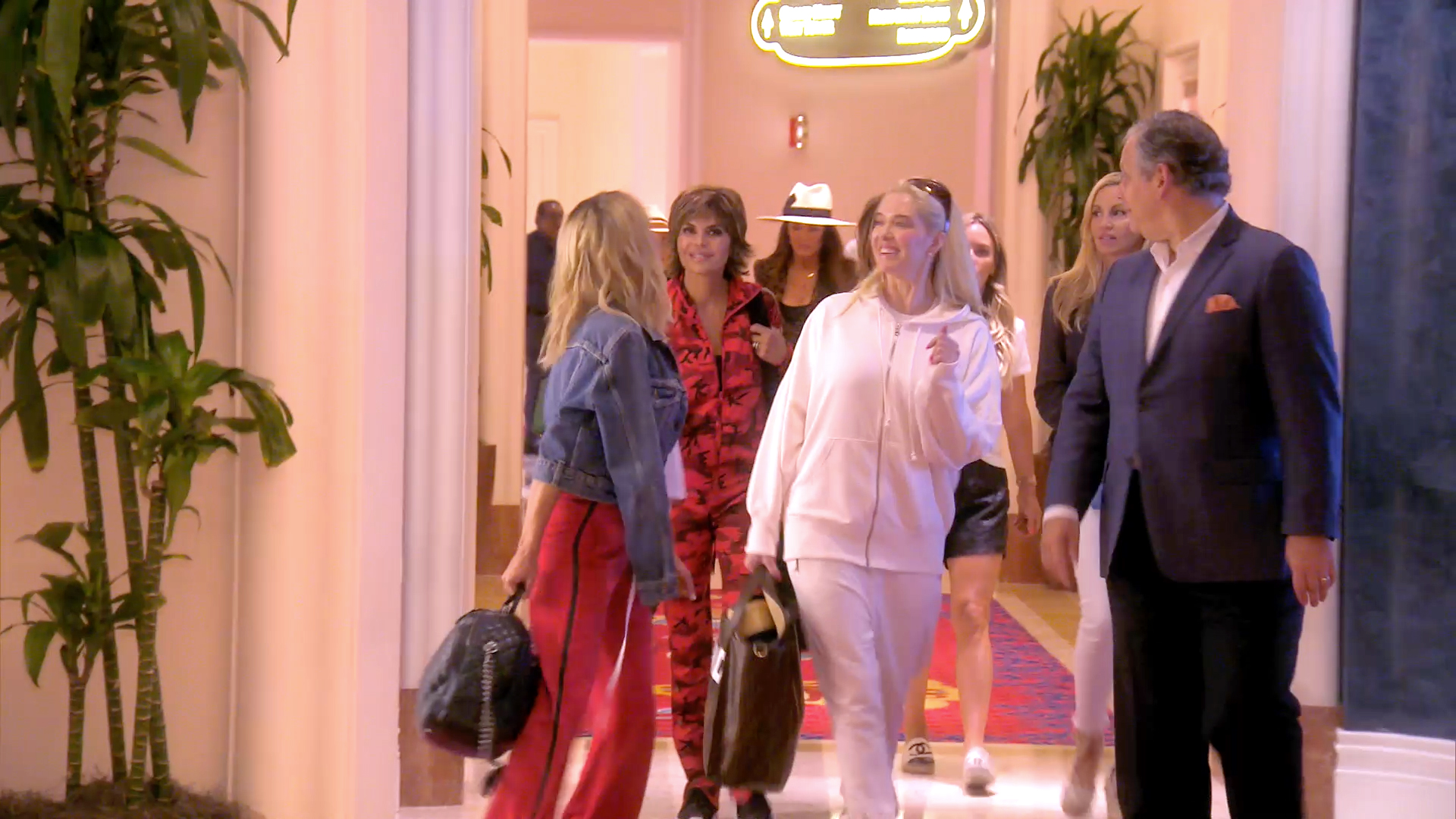 If there’s one way to fight anxiety, it’s a trip to Long Cay Private Island. Phew— beautiful, fun, and relaxing!

You really know Erika and I have turned a corner when she’s teaching me to arch my back and put my “ass out!” Pretty soon we’ll be doing the bend and snap.

I know at lunch we were supposed to be clearing the air on things, but LVP’s grievance over Erika’s sympathy card seemed like she was creating an unfair dust-up.

Denise coming out of that water not only shows she’s still got it but also what a good sport she is in this new group of friends.

Thanks for trying to help, Kyle, but next vacation I’m bringing Portia along to do my lashes.

Sometimes I imagine what my life would be like if Babydoll was my name. And then I go to therapy.

By the time we hit dinner, I knew that Dorit needed to know everything that was happening and being said about the dog situation. Lisa Vanderpump and Dorit are supposed to be best friends. Why is she not telling her the full story? But it’s when LVP tries to spin it on me that I knew exactly what was happening, and I wasn’t able to let it be. I end up leaving before saying something I would regret, but had I stayed at that table, here are some things I would have pressed Lisa Vanderpump on (and you can think about too):

LVP says I'm the only one who speaks to John Blizzard. She doesn’t speak to the guy who runs her events? She’s the one who told him to tell me!

If LVP was so intent on protecting Dorit, why is she not the least bit upset that John Blizzard, her employee, at a business she treasures, gave me the information, knowing Dorit and I were not in a good place at the time? Oh right, again, because she told him to tell me.

Why did LVP even allow Lucy to be there that day? As Rinna says, it’s called VANDERPUMP Dogs, so don’t tell me she didn’t know. And of all her employees, why were the two Johns (Sessa and Blizzard) both there filming? Again, I am not innocent in all of this, but no matter what I may say, I do not have control over the actions and workings of Vanderpump Dogs no matter how many times you want to call me a “gossip.”

The answer to all of the above: Because it was all designed by LVP to get this Lucy story out there without looking like she wanted it out there. As you see in the trailer for next week, I am not clean in this mess, and it starts to be revealed. I say some crappy and shady things to John Blizzard after he tells me a dramatic story that LVP wanted me to hear at a time when Dorit and I had high tensions. But it all begins with Lisa Vanderpump, and I’m realizing she’s using me as the fall gal.

But that’s not a hit I’m going to take.