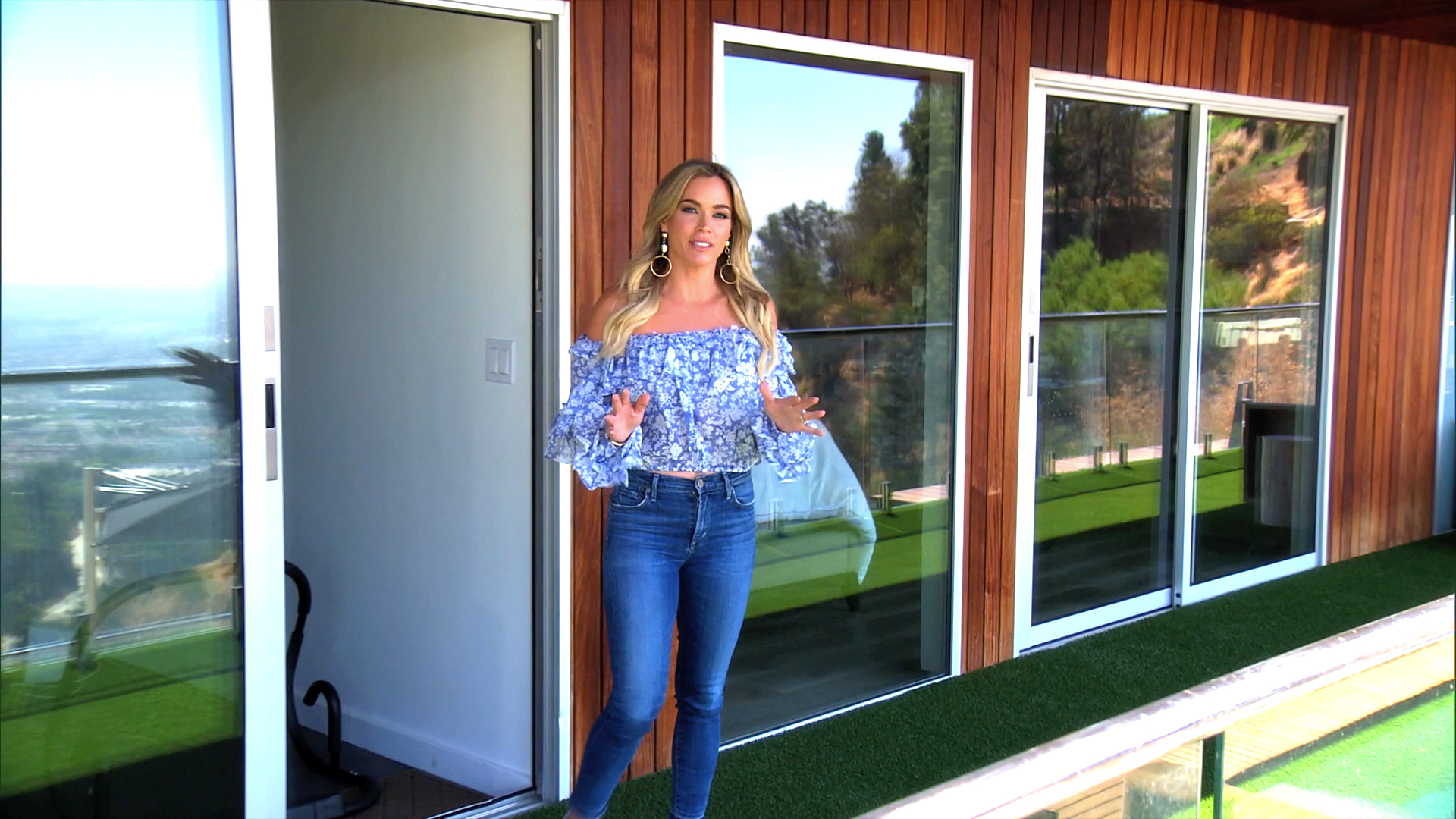 Teddi Mellencamp Arroyave and her husband, Edwin Arroyave, live in a stunning Beverly Hills estate that is almost too grand to comprehend. The ultra-modern home overlooks the whole metropolis and has plenty of room for their two children — and baby on the way. (Watch the video above for a full tour.) But before The Real Housewives of Beverly Hills couple were married and started building a life, having kids, and purchasing show-stopping homes together in Southern California, Edwin was apparently living more of a bachelor's Miami Vice-style existence — at least, that's what it looks like from the retro picture of his white house and two sleek Porsches that he just shared on his Instagram Stories.

"Teddi Mellencamp wasn't a fan of my house, cars or my hair. At least that's what she led me to believe. I guess the negging me worked," he wrote as a caption to the awesome image.

It's been 12 years since that particular photo was taken, so it definitely seems to have worked. Thanks for the epic throwback share and glimpse at the early days of this sweet love story between you and Teddi, Edwin!

Teddi Opens the Doors to Her Newly-Decorated Baby Nursery