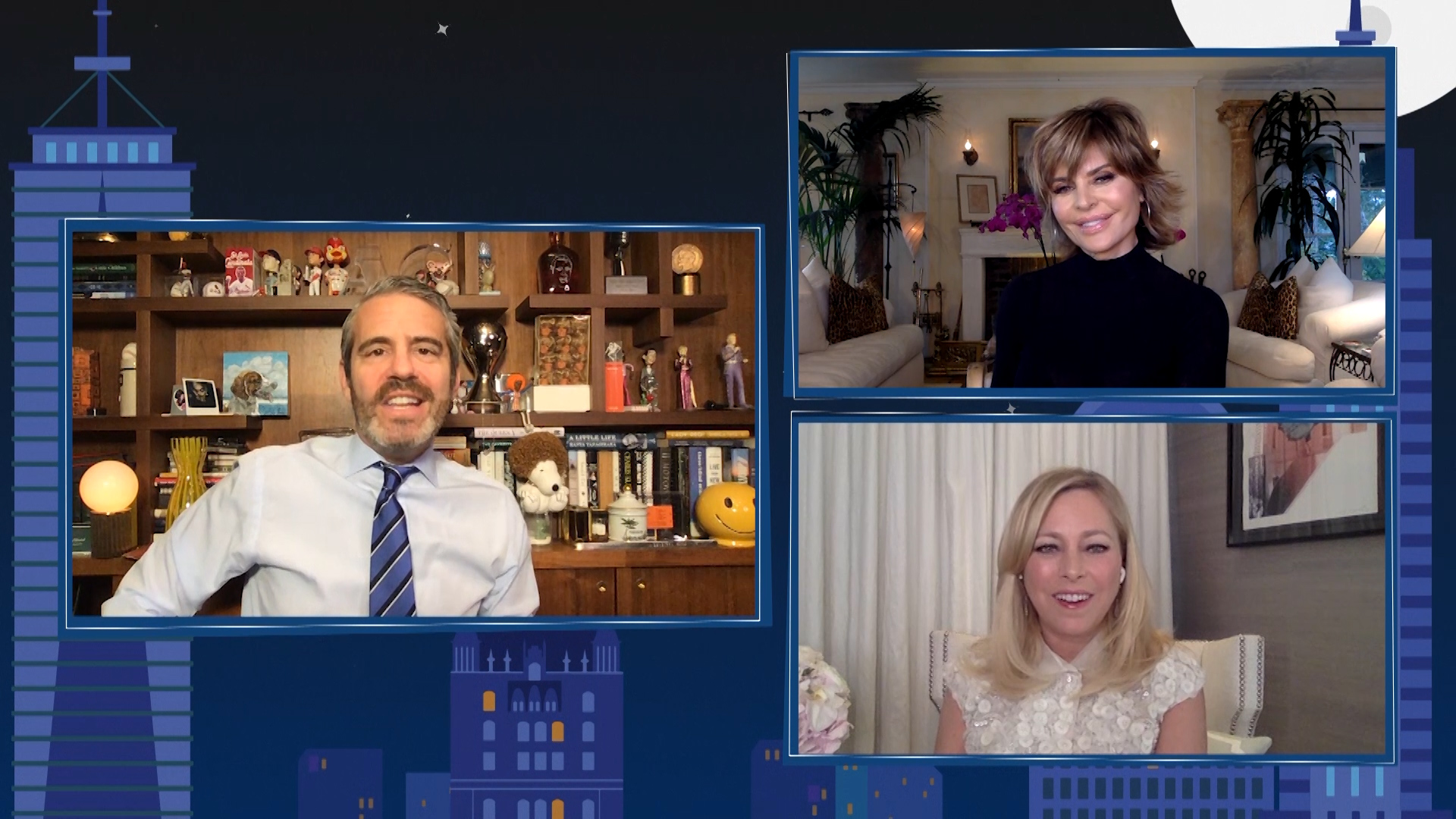 Beverly Hills is plush with backyard pools, as several of The Real Housewives of Beverly Hills have demonstrated. But while Dorit Kemsley bathes her pool in colorful lights, Teddi Mellencamp-Arroyave loads up on inflatables, and Kyle Richards sips her morning coffee while gazing on a peaceful patch of chlorine, Lisa Rinna has no pool to speak of. As it turns out, there's a good reason for that.

Appearing on Watch What Happens Live With Andy Cohen on May 20, Lisa explained it all. In the clip above, the mother of two says: "We don't have a pool right now. We have a pool that's covered over. Long story short, the power pole is over the pool that we want to redo."

If you're not familiar with Lisa's quest to remove said pole from her yard, you can catch up here. But in short, the eyesore is going to be removed. And once it's gone for good, "we have plans to put the pool in again," Lisa says on WWHL.

Before the whole pole ordeal, Lisa adds: "The kids were young, and I was too paranoid to have a pool, so I kept it covered. That's the story of the pool ... I was too scared that they would drown!" Watch the clip above to hear Lisa tell the tale.