LeeAnne Locken: I Am Starting to See a Pattern Between Brandi and D’Andra 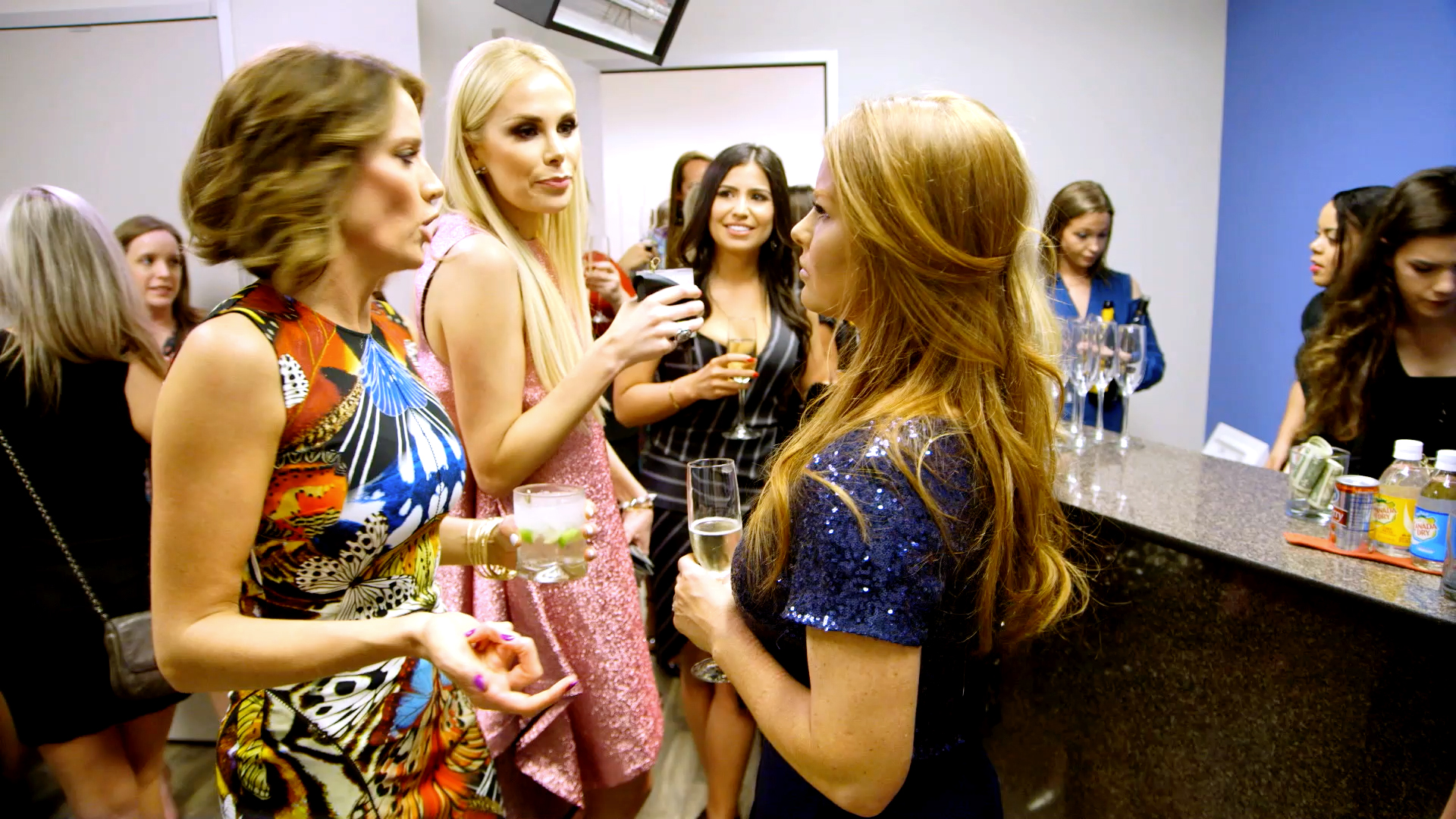 Welcome back to another week of DEFLECTING and DRAMA! I hope you guys are holding up and keeping up, cause it’s only gonna get messier from here on out!

This week I’m going with Momma Dee’s advice to her daughter: “You need to take the bull by the horns or else you are gonna be in TROUBLE!” Let me be real clear about what Dee Simmons is waiting for... her daughter to literally TAKE THE BULL BY THE HORNS and FOCUS on what really matters! But we all know that isn’t going to happen! What a pleasant relief it is to see Dee say to her daughter, “That is the way Rich and LeeAnne have ALWAYS BEEN!" Nothing new here!

Now to D’Andra’s confessional telling us about her last relationship and how she is basically saying THAT IS EXACTLY what is going on with mine. No child! It’s NOT! Question: Is that what you WISH was going on with my relationship? This is just not a good look for you, #bestie, and I wish you would leave it alone! Bad information leads to bad accusations and bad results!

Now let me address the BOLD LIE that Brandi is spewing! What I said at No Tie to Brandi was a SIMILE (i.e., a figure of speech that directly compares two things). I was tired of being badgered for 20 minutes about how I was miserable, jealous of D’Andra, hiding the truth about my relationship, etc. …so I asked her to just stop! She refused, so I said, “HOW WOULD YOU FEEL IF I said…?” Because that is what she was doing to me! Now she has gone off into left field and is saying that I actually said it to hurt her. WRONG! I wanted the badgering to stop! I just made Brandi FACE what she was doing to me by using a METAPHOR! Clearly, one that went over her head.

Now let me address this incredibly unkind comment about me “being sad” because I “have no family.” I do have family. In fact, Brandi and all the girls met my mother at last year’s engagement party. And saying that there is NO WEDDING? Are you sure? Thank you, Brandi, for making it very clear now how much you extremely dislike me (some would venture out and say hate me). It’s very clear! Message received.

I’m so incredibly proud of Cary opening up Lemmon Avenue Laser Center. The place is absolutely beautiful! Cary hand-picked the finish of the entire place, and it was impeccable! If only we could have focused on her grand opening, I would have had so much more fun! Instead, I pulled D’Andra back into a private area where we could both hear each other and chat without being interrupted. My intent was to make sure she was OK with me attending the cooking class and to make sure she was aware I was not OK with her sharing my wedding information with Brandi, which D’Andra thinks is DEFLECTING. How is that deflecting? You literally just keep throwing that word out there whether it fits the situation or not! And how does my not wanting Brandi to know anything about my wedding make her the “bad guy”? I guess D’Andra’s line of defense is to confuse us all just enough that we don’t see the “elephant in the room!” And here we go! Brandi is trying to convince the group to turn against me by lying about what was said at No Tie. Thank goodness for Kameron NOT believing in the story Brandi is peddling right now! She is the only one in that circle who questioned the intent behind what Brandi was spreading. I feel like in this group, some people are very afraid of being on Brandi’s bad side; therefore, they don’t question her when she lies about me. I am grateful that Kameron is strong enough not to be one of those people! 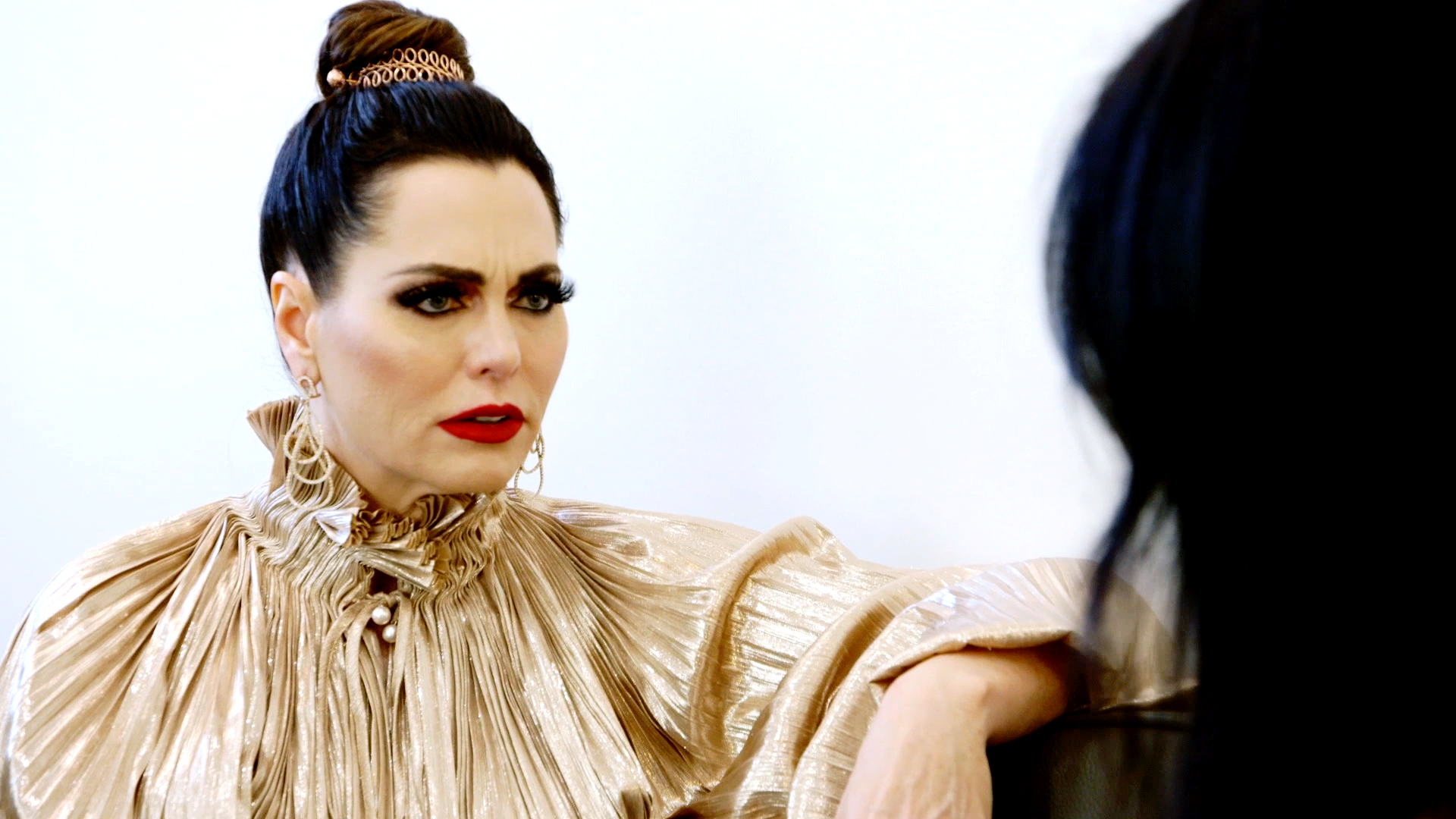 My conversation with D’Andra about drinking came from a place of concern. I was well aware of her father’s suicide and have spent many an hour wiping her tears when she talked about it. At that point, I did NOT see Brandi and D’Andra do something together that did not involve drinking, and that concerned me! I knew how important the timing was with taking over the responsibility of the company from her mother, and I saw the day drinking as a bad distraction from the hard work she ultimately needed to do. WAS THIS MY BUSINESS? NOPE! And I sure learned my lesson from it! Let me make two things VERY clear: I NEVER said, nor implied, that D’Andra had a drinking problem. SHE DID! And I never called her, nor implied, that she was an ALCOHOLIC. SHE SAID IT! This is where D’Andra’s DRAMA comes in to play. D’Andra WANTS ME to imply or call her any of those things so badly so that she has something, once again, to fight with me about. I am starting to see a pattern between Brandi and D’Andra, desperately wanting to FIGHT with me. I have no desire to fight with either of them! 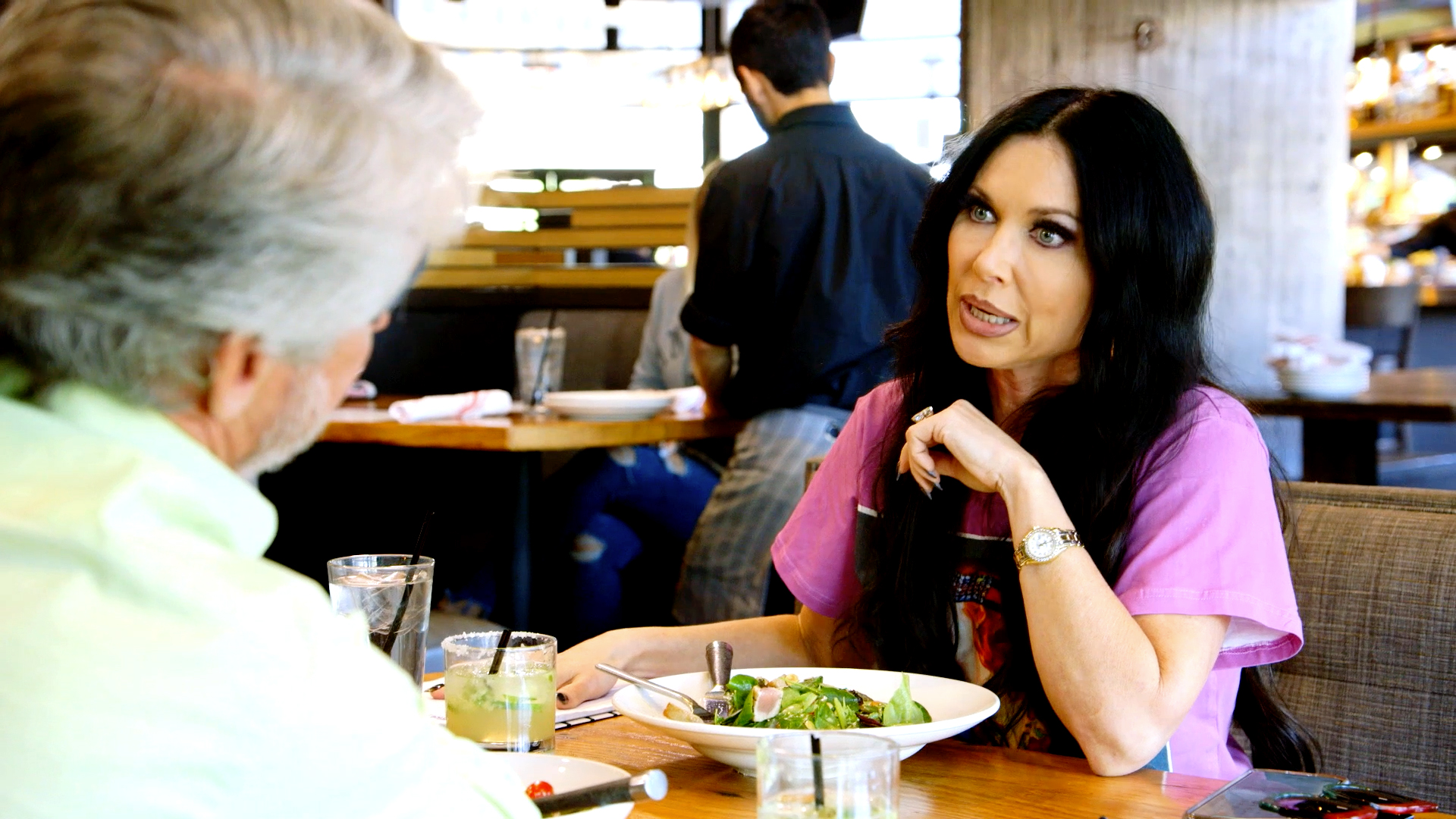 WHY DO THEY WANT TO FIGHT ME SOOOOO BADLY?????

As if it wasn’t bad enough that Brandi was walking around twisting words and lying about what I said, now D’Andra is too! It’s getting to be so tiresome fighting over things that never happened! Watching her tell the others that I CALLED HER an alcoholic is just sad! I have alcoholism in my family and more than once my grandmother begged me not to drink at all. Did I attack her for her concern? No! I hugged her.

#TRUTH: When toxic people can no longer control you, they will try to control how others see you. Using MISINFORMATION to gain distrust and dislike towards me with this group is exactly what Brandi & D’Andra are doing right now. 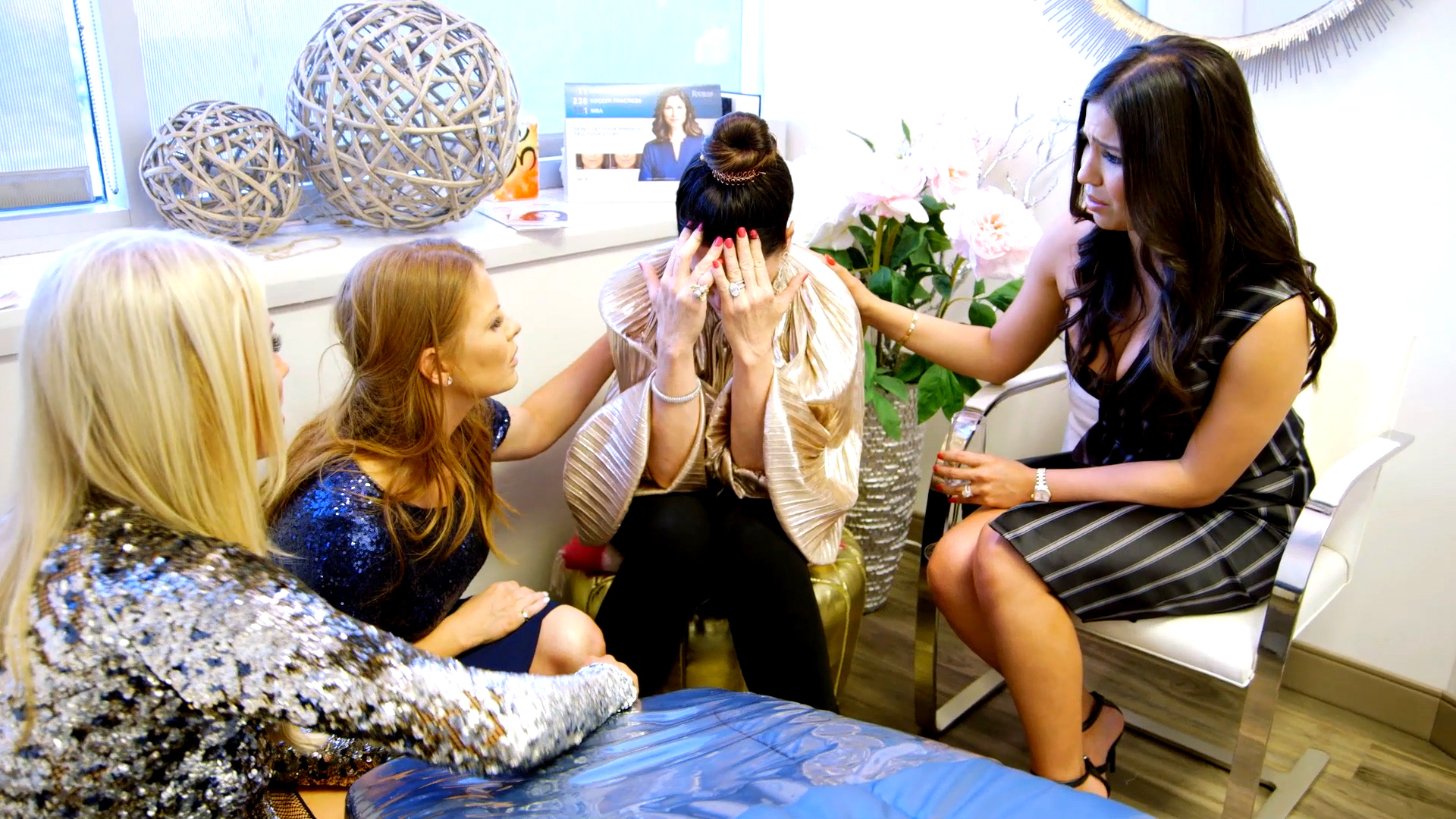 Thank goodness for Cary walking in on D’Andra crying and asking REAL QUESTIONS!

Cary: What are you talking about?

Cary: She said you’re an alcoholic?

D’andra: She said you and Brandi are going out a lot…

Cary: But she didn’t say you are an alcoholic?

Let me explain why Cary led D’Andra down this line of questioning. It’s because Cary has been thrown under the bus by D’Andra before and she knows this is her favorite tactic. Talking sh-- about sh-- that never happened!

Thank you, Cary, for saying, “I don’t think LeeAnne would sink this low.” Because I didn’t!

Now for my last attempt to clarify with Brandi and the whole group what I said at No Tie, what does Brandi do with this information? She explains how it’s OK for her to have/voice negative opinions about my life, but I cannot do the same by using METAPHORS to get her to stop attacking me. So I am beyond grateful for Cary ending the crazy, illogical conversation that would have no end, because it should have never had a beginning!

Listening to Brandi try to tell Stephanie that everything I am doing is because of her is nauseating! My life doesn’t revolve around Brandi at all, not for even a microsecond. Maybe that is what bothers her the most, that I simply just don’t think about her at all unless she is spreading her usual BS about me. So Brandi trying to convince Stephanie that my new friendship with her is just to get at Brandi is a below-the-belt move! And the biggest example of why I am AFRAID to have a friendship with Stephanie. Because I don’t want to cause Stephanie any problems. Ever again! 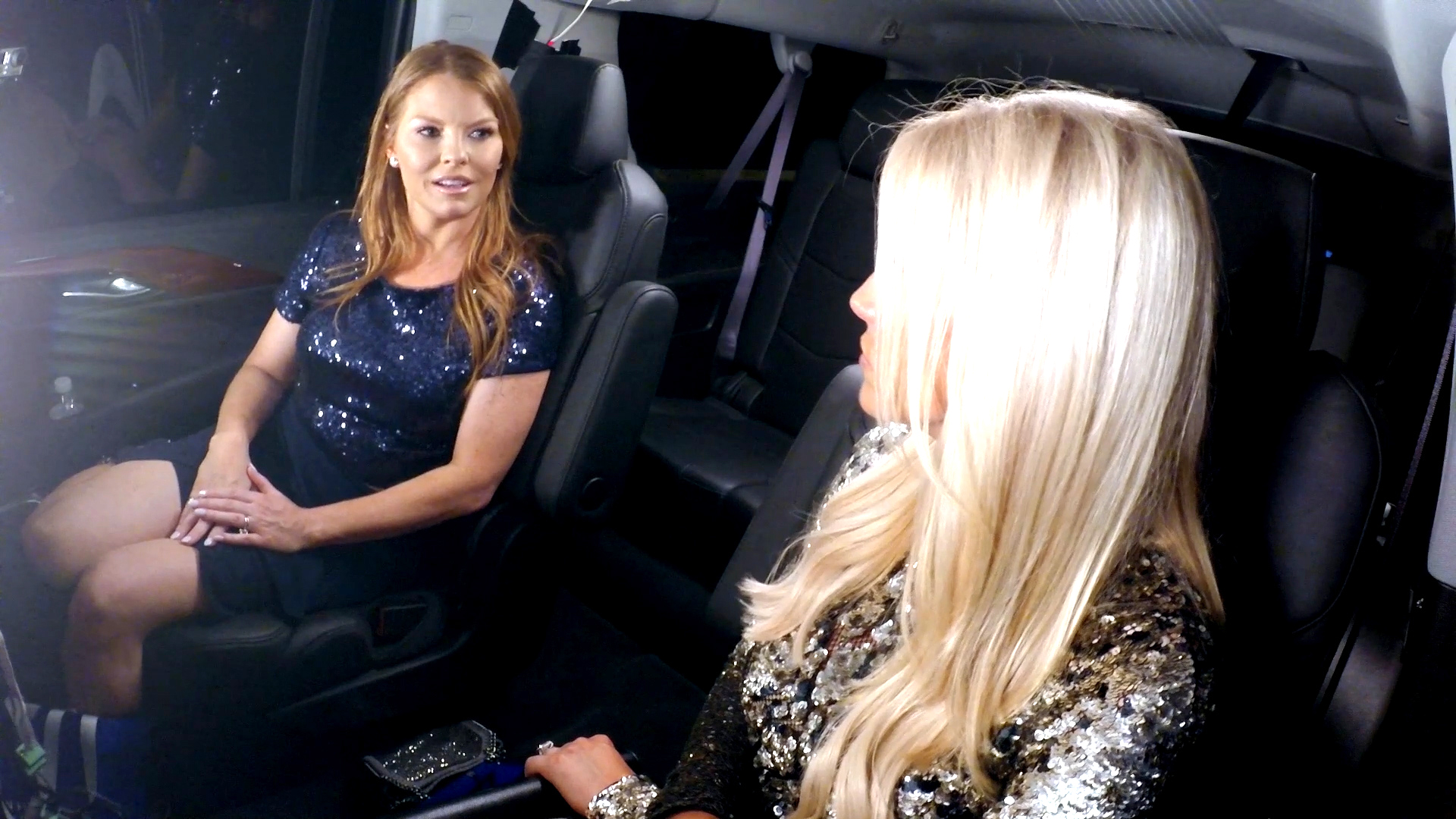 Stephanie, I have loved getting to know you and seeing what a genuine kind soul you are! If I ever seem distant, this is why. I do enjoy being friends with you and YOU ARE WORTHY of friendship! I have done enough damage in this group over the years, and I am no longer on that path anymore!

Until next week, I will see you on social media and continue the positive conversation there!