LeeAnne Locken: Listening to D'Andra Say Her Strategy Was to Ignore Me Is Sad 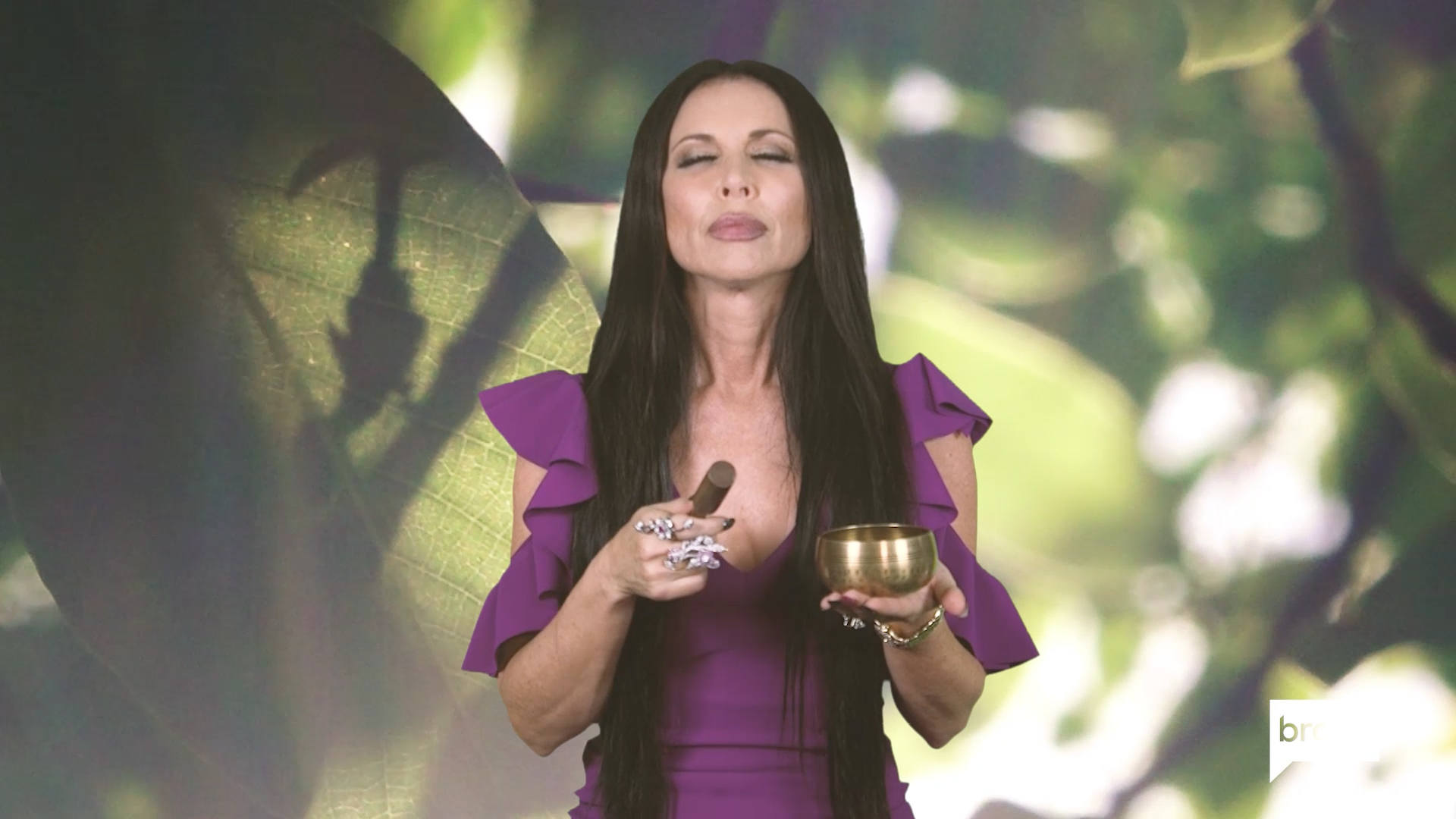 Welcome back to the South where we like to leave our BS in the pasture, but not this week...

First, can I just say how confusing it is to watch Dee drive up in D’Andra’s Lexus when everyone in town knows she drives a Bentley. Watching D’Andra talk to her mother WITHOUT ever looking at her shows the level of control that Dee has always had over her daughter and probably always will. Now to the real BS… Dee hands over HER company without a word? Without conditions? Without a tear? If this is true, I hope D’Andra is ready to WORK! But every bone in my body says, this too shall pass. At least this time Dee left out the ceremonial KEY which actually led to the bathroom last time. LOL, I pray that handing over the company HAPPENS but even more importantly, I pray that a mother/daughter HEALTHY bond will happen! I know they would BOTH benefit from it! 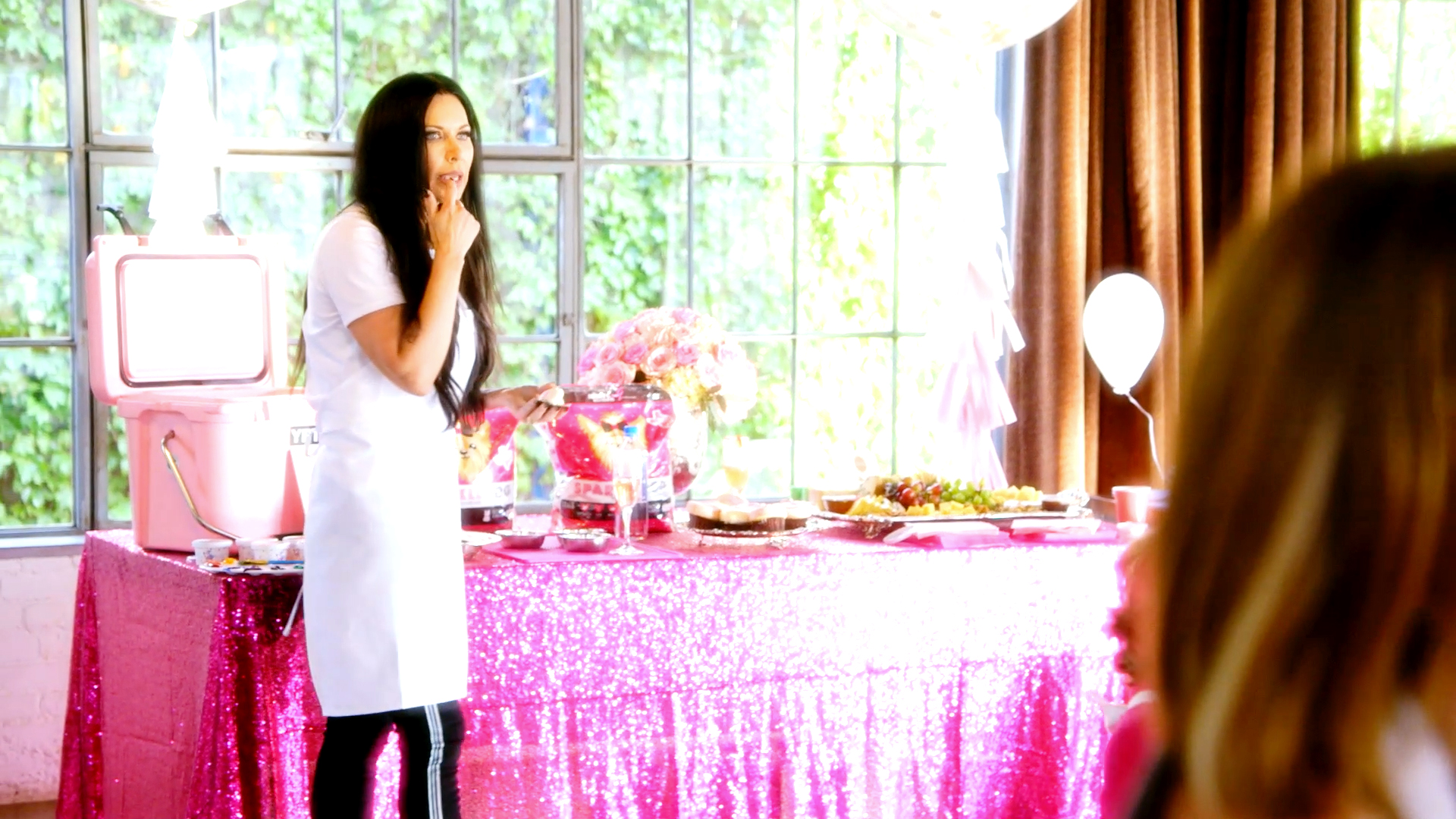 My conversation with Carly showed off her #anklemonitor. That’s right, she sneaks out so much we had to buy a GPS monitor so we can find her! Hence, why she is NOT the ring bearer for our wedding! When Kam called me to say she was having a “Paint Your Dog” party, I completely believed that she was going to ask us to PAINT OUR DOGS! My first thought was, what color will look good on which dog? NOT KIDDING! When it comes to Kameron, I expect the unexpected! So I was thrilled to hear we would be painting a canvas. Then she drops the bomb, WITH KIDS! ALL the kids? I’m not sure I am “kid friendly”. LOL

Now to the planning of my wedding…when Rich says “whatever you want to do” he genuinely means it! He has never said no to something that I wanted as long as it wasn’t bad for me. He even once wished he could give me the moon but the whole 'earth rotation' thing got in the way! Hehehehe. When we start discussing D’Andra’s part in the wedding is when my heart literally starts to break! She wouldn’t return a text message and I had no idea WHY! I apologized from the bottom of my heart and thought we were going to move forward. But still, no replies! When Rich says to call her, did you notice ONE RING then straight to voicemail? That happens when someone DECLINES (hits the red button) on their phone. Knowing that we have gotten to this point makes me nauseous and hurt.

“I thought we were like sisters and now we’re not. I feel like I don’t have a family.” Unable to catch my breath the tears just start flowing. You see, I do love hard and it does hurt when you find out the other person doesn’t feel the same way about you. I’m beyond grateful to have Rich be MY FAMILY! Which is why when she attacks his character it hurts all the more! I’m fine if you don’t want to have a relationship with me but don’t discount the people who do!

Watching Cary talk about how she felt as a child about her parental relationships cuts me to the core. I hear the things she isn’t saying and it makes me want to go hug her. Saying she felt like she could never please her father I feel is what led her to want to please everyone which ultimately is impossible and only leads to feelings of being unsuccessful. I have been down this path and it is one of the things I am feeling good about bonding with Cary over. I am beyond proud of her growth and only want to support and encourage it!

Who’s ready to PAINT???? Going into the dog painting party I was feeling very apprehensive about being around D’Andra. She STILL had not returned any of my text messages or phone calls so I had no idea what was going on! As far as I knew, I could be walking into another “Anger Room” situation again! Listening to D’Andra say her strategy was to ignore me is sad. It feels like she has already made her choice not to be friends anymore and now she is just waiting for a time to tell me! It feels like watching a slow death and it’s sad to go through it all over again!

Thank goodness there were DOG CUPCAKES so I could eat one! When Kam says Louie is STRESSED I am thinking HE isn’t the only one! The music, the kids, the dogs. I was on SENSORY OVERLOAD! I prefer the quiet of my home over this, let’s call it room of CHAOS!

CUT to Brandi, once again, LYING! Neither myself nor Kameron have EVER told D'Andra who she can or cannot be friends with! This is Brandi’s insecurity coming out in the form of a personal attack. OR am I ignoring the possibility that D’Andra TOLD Brandi that I said it, which then makes D’Andra the LIAR! Either way, watching Brandi and Stephanie talk led me to feel like it was probably about me which is why I chose to ask Cary to speak with me privately.

Preview
Next on RHOD: Is Rich Faithful? 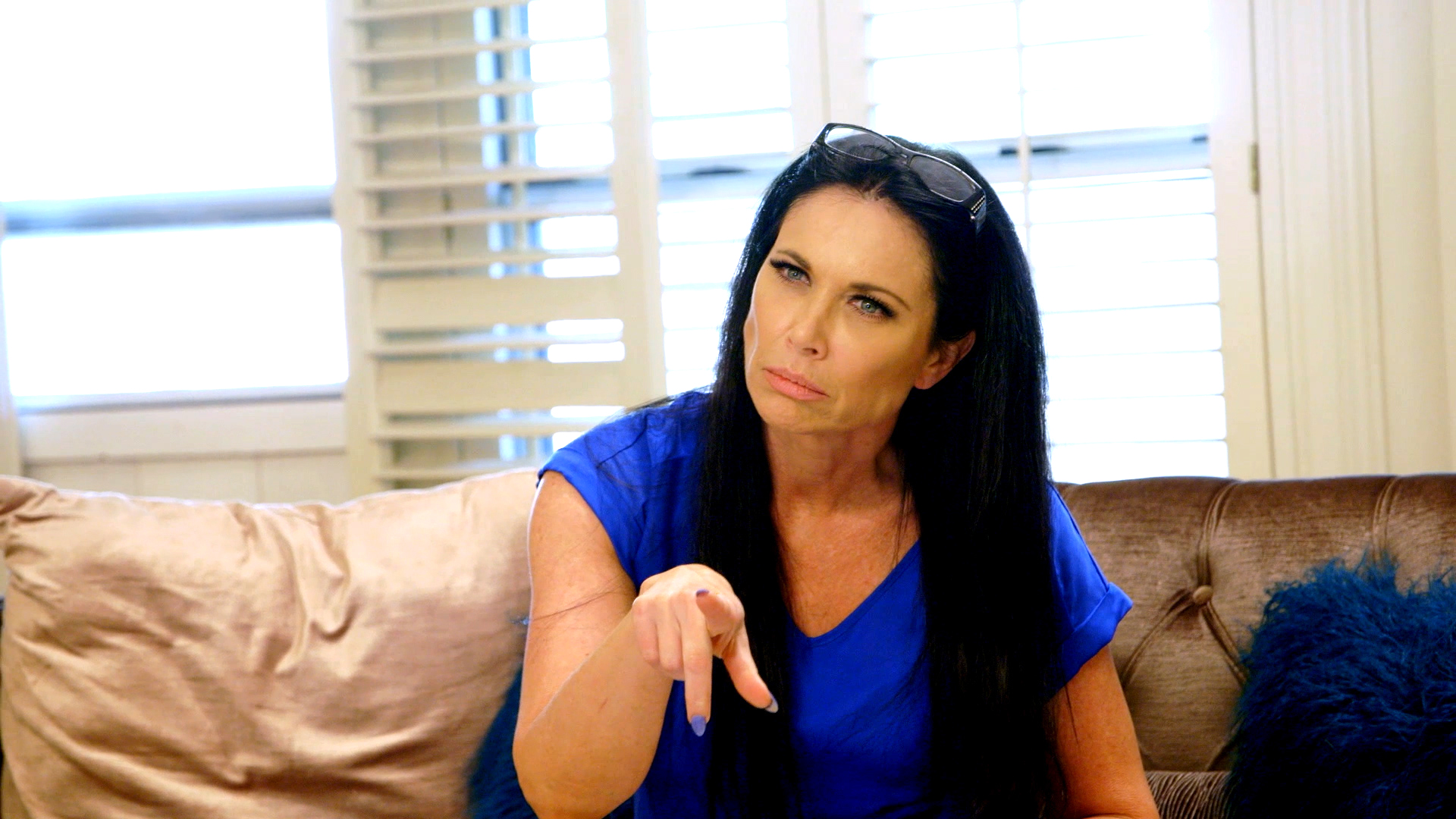 She told everyone at the Anger Room that if someone told her something about someone else, she would go tell that person. Since she hadn’t volunteered any information up to this point, I thought I would ASK! YES! I am learning in this group, sometimes you just have to force a conversation to happen so that you can find out what the others are saying about you. At least it doesn’t involve anger! I do GIVE CARY CREDIT for not dodging the conversation! Or refusing to answer. She directly told me what was going on and I truly did appreciate that!

Heading into my meeting with D’Andra, I honestly had no idea what to expect. Honestly, I was out of emotions because I had been crying all week about it. Where do we go FIRST? Right back to that $200. It’s amazing to me that something that can be said with such innocence can end up being the death of a friendship!

D’Andra: “LeeAnne has been deflecting about her wedding and redirecting the conversation on to something that is happening in my life, like the $200.” EXCUSE ME…. we haven’t SPOKEN since Beaver Creek so I have a few questions here:

1. When did I “deflect” the conversation?

3. Why have you not asked me one time about the details of my wedding?

4. WE HAVEN’T SPOKEN! No text messages! No phone calls! So AGAIN…when was I deflecting??

The word DELUSIONAL is starting to pop into my head. I think D’Andra believes what she is saying is the truth when clearly it is not. Can someone with a psychology degree please tell me how to communicate with her?!

Questions & Insults: Am I going to get married? YES! Then the insults. 2020, 2025... We were looking at November then we asked a few family members and the spring was better for them. Why is that moving my wedding? I haven't sent out any save the date cards, well at that point I hadn’t! Then the two words that will ultimately end our friendship: “You guys do lead separate lives”. Hey D’Andra, how many times has Jeremy been traveling for “work” this year? 10 times? Maybe 12? So I guess YOU GUYS lead separate lives too?!! 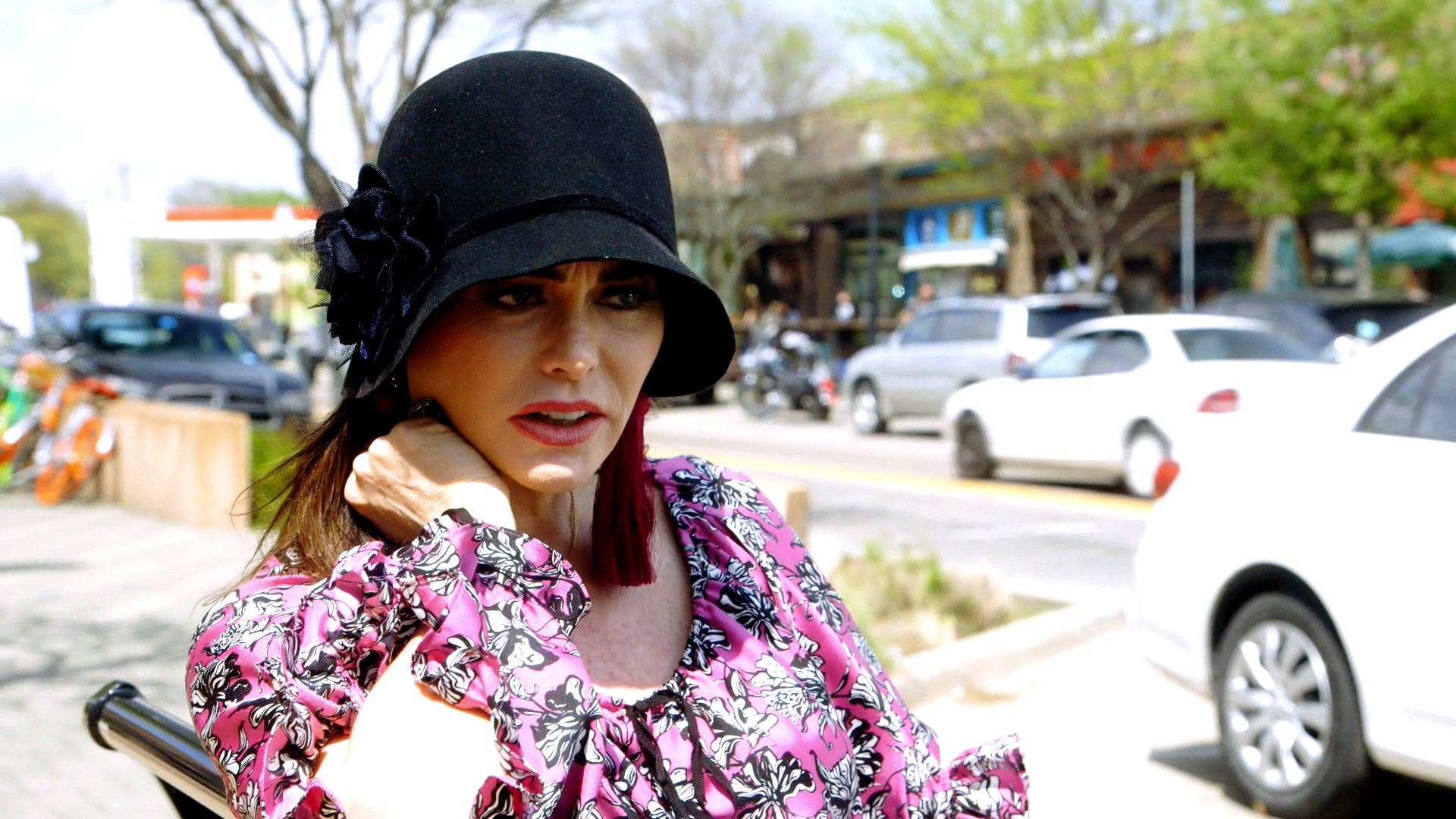 Now I’m going to address these “RUMORS”...stop projecting YOUR PAST on me! I’m sorry most men you have been with have cheated on you, BUT YOU AREN’T ME and RICH isn’t them! DONE!

I would like to end this week’s blog by paying my sincerest respects to a woman who tried to help others who were hurting and ended up being allegedly killed by the person who was supposed to love her! Donna Alexander, the creator of the Anger Room where we filmed was an amazing woman! She created the Anger Room to HELP OTHERS with their stress and anger. Sadly, her estranged boyfriend severely beat her so badly that she developed bleeding on the brain and never came out of her coma. My heart breaks for her daughter, son, family & friends! When will a ZERO TOLERANCE be demanded in Domestic Violence situations? As a survivor, I am here to say ENOUGH IS ENOUGH! Violence against women MUST STOP!

With a heavy heart, I send out my love! LeeAnne

All Posts About
LeeAnne Locken
Related Stories
The Daily Dish

LeeAnne: What Do I Get For Taking the High Road? INSULTS