I'm still in Florida with Gia. She had a great weekend dancing with her T.R.U.E. dance team at the Monsters of Hip Hop Dance convention, and now we're taking a day off to go to Disney! Great mommy-daughter time!

It was so fun to watch the Beatstock performances this week. I'm so proud of Gia! She worked so hard and she did so well on stage! I had goosebumps the whole time. I just can't believe I have such a beautiful and talented daughter -- four daughters actually! I'm so blessed!

Did you see her dad tearing up watching her? People love to talk about bad things, but I want to point out all the good you saw in Joe this week -- the good I see in my wonderful husband every day, that his kids see every day. He's a great father and a great man, my best friend, and an amazing partner. Did you see him ironing his own shirt? He may be old school Italian, but he is a modern guy when it comes to helping out with his own family -- he jumps right in. He's my rock, and I love him. 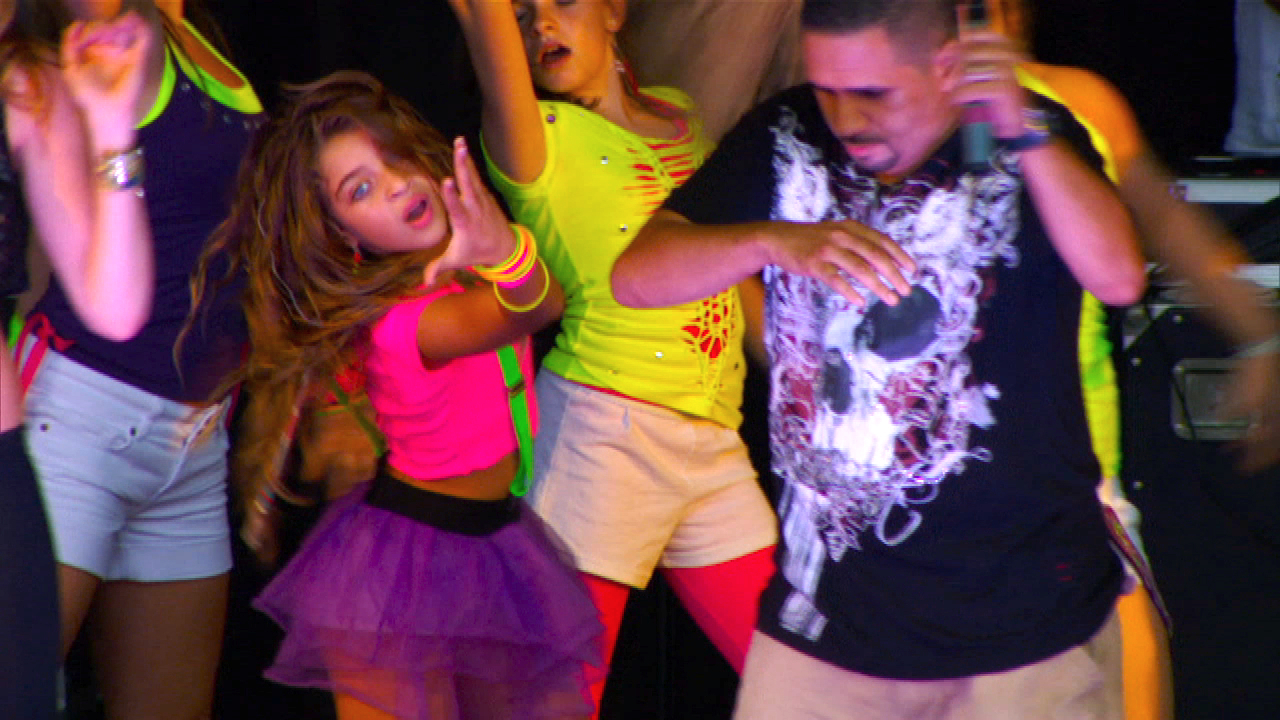 And no, we don't lead "separate lives." I have no idea why Jacqueline would bring up that rumor -- she seems to love to bring up crazy rumors on camera about everyone else. Not very nice, and definitely not true. Joe still does and always has lived in our house (he's never had a separate "work apartment" or anything), and he sleeps in our bed with me every night! Hello, I talked about our sex life non-stop for three seasons, and everyone told me to cut it out! Now that my kids are older, I try to not talk about it so much (I'll leave that to Melissa and Joey now!), but believe me, Juicy Joe and I are happily married!
Preview
The Public and Private Life of Teresa and Joe 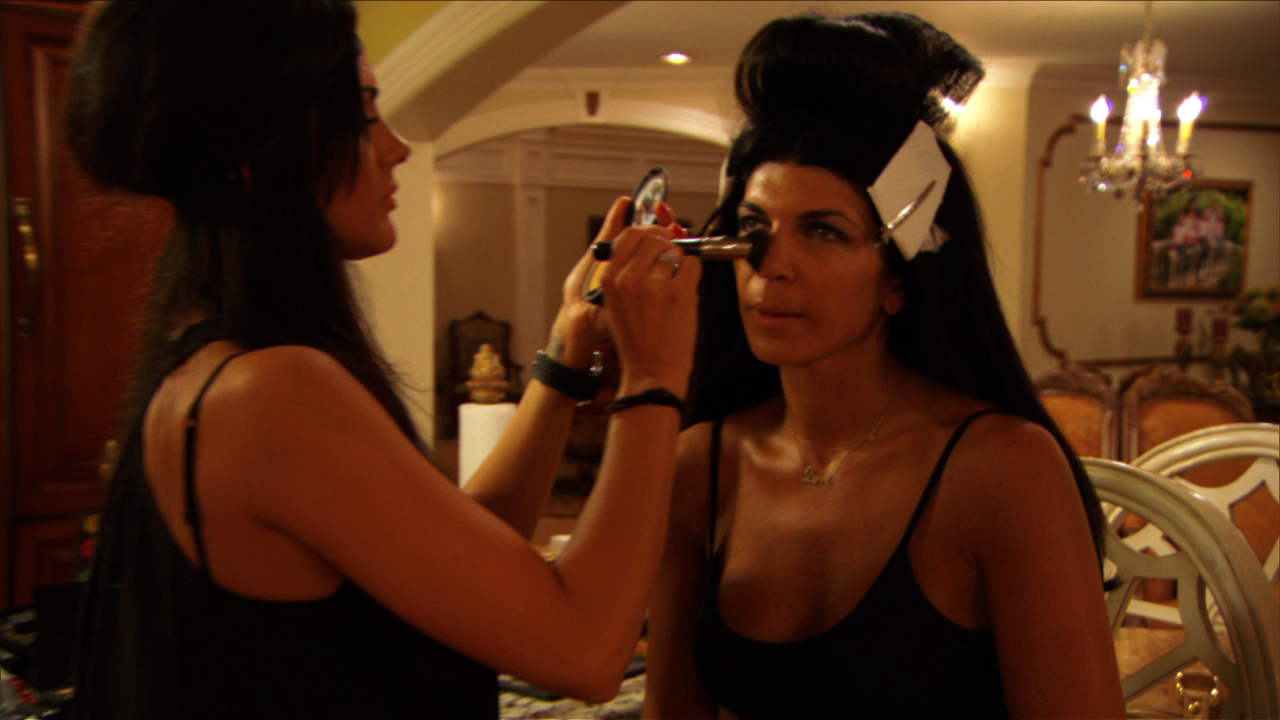 Another great thing about Joe? He let me take over his closet! Our house has hardly any closet space and my stuff spilled out of my closet into the one that had his clothes, so he was nice enough to move his clothes to the closet downstairs in the guest bedroom. Truth be told, I kind of took over the bathroom too, so he does a lot of his bathroom stuff down there too. That's why Milania called it "his room," but it's just because of small closets and lots of make-up, nothing more!I was also truly happy for Melissa's performance at Beatstock too. I know she worked so hard for it, and it's her dream, and I love to see people's dreams come true. It takes a lot of guts to be out there on that stage! The year before, Caroline, Jacqueline, and I had to go on the same stage at Beatstock to introduce Pit Bull and Enrique Iglesias. It was the best night! Gia got to meet some rock stars, we got to hang out backstage, and we had the first few rows reserved. When Gia saw the kids dancing on stage, she said she wanted to do the same thing, and a year later, she did! Melissa and my brother were there in the audience that night too, and Melissa got herself up on stage in a year too! Amazing!
Show Highlight
Melissa at Beatstock 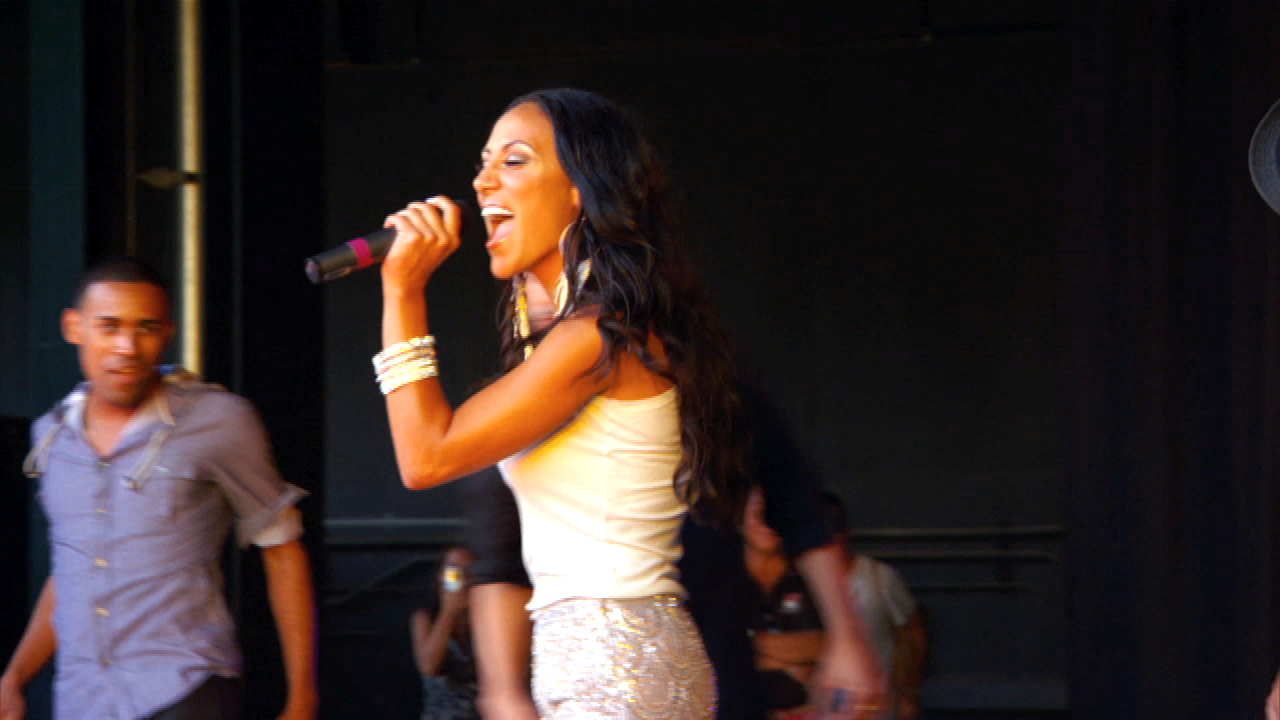 I was also serious when I said I wanted to hear Melissa sing without all the background vocals and auto-tune. It wasn't meant as an insult in any way, I've just known her for eight years now, and I know singing is her passion, but I've never heard her sing! Isn't that weird? I'm dying! I'm sure she's really good! She's never sung around any of us, just her own voice like at the piano at Christmas time or at a wedding or talent show or something. I want to be able to brag about how good she is, but I've never heard her! Maybe we can get her to belt something out at the reunion! That's one thing you'll never see me doing -- I'm not a singer! Dancing yes, I can rock that, but singing, no.As far as Milania's little comments, no I don't condone them and she got in trouble right afterwards. You never know what's going to come out of a kid's mouth, especially that kid! My kids have the blessing and the curse of being interesting enough that they're shown on the show all the time, which means you get to see all the hilarious things they say and do, and sometimes the naughty things too. But please don't judge them. They're just kids, they're really good kids, and they are raised to respect and love everyone in the family. You can see that by how they always greet their Zia Melissa and Zio Joe.

It was great to see everyone spreading their wings and getting support from their family and friends, from Melissa at Beatstock to the Manzos at the Fancy Food Show. Next week, you get to see how my friends and family support me at my book signing... sigh... I really don't know why people can't just be happy for each other, just show up to support and not throw nasty comments and digs in, especially while the event is going on! You'll see what happens next week, but I was shocked by how Kathy behaved at my book signing. Shocked and very sad, but not surprised unfortunately. It's been pretty obvious from the day she joined the show and decided to be a baker instead of a hairdresser that she was going after a new career, but there's no reason to try and take down your family while you're doing it.
Preview
New Jersey heads to California! 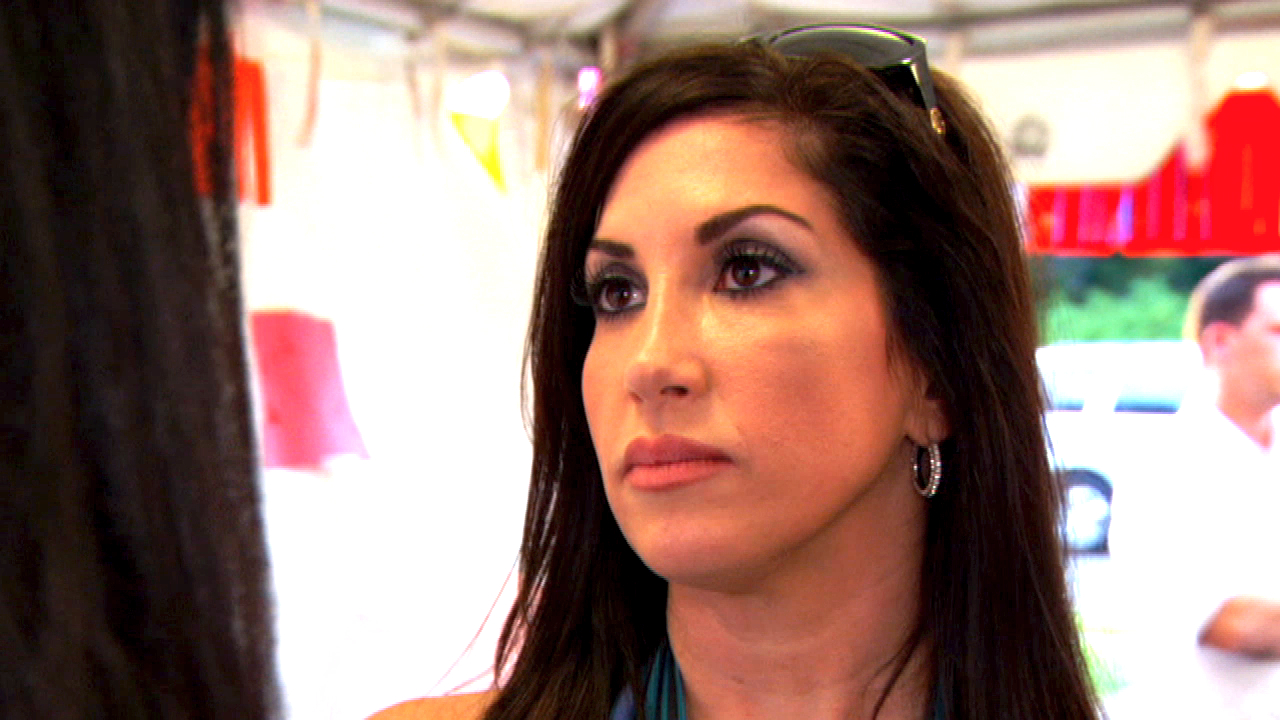 When you watch the episode next week, keep in mind that Kathy's mother and my mom are not related by blood. They're not sisters. They were not raised by the same parents or taught the same things... Kathy's mom is my dad's sister and as you know, they didn't grow up together either.

I've always been very open about how my mother taught me to cook and how I'm delighted to share my family's recipes. My cookbooks are called "family" cookbooks. I don't know why Richie and Kathy try to twist that, it makes no sense to me. I spell it out in every book. But they are MY family's recipes, not Kathy's family's. I told this story in my second cookbook 'Fabulicious: Teresa's Italian Family Cookbook' (with really cute photos of my mom as a little girl!) about how my mom was raised by her grandmother, who I was named after, since her mom died when she was very little. My great-grandmother taught my mom to cook and she passed down the recipes to me. I have no idea what Kathy and her mom cook since that's their own family stuff. I'm sure it's delicious, just like my family's recipes are!

All right, I have to end with a good story, so here's my favorite: I had a book signing in Orlando this week and it was CRAZY! So many people came! Thank you all so much for waiting in line for hours to see me! You are the best, best, best fans ever! (Well, you know you're more than just fans, you're like family to me!) More people showed up than the Barnes & Noble expected, so they sold out of all three of my cookbooks! But people were still in line and wanted to meet me, so guess what they started buying? Andy Cohen's book 'Most Talkative'! I lost count of how many of his books I signed for people, but it's a great book and I was happy to do it! Now you just have to sign some of my cookbooks, Andy, and we'll be even!If they're out at your bookstore (more are coming, I promise!), Amazon has all three of my books here (you can buy them all together for $35 with free shipping!): http://amzn.to/Nx8WGz

Tanti Baci,
Teresa xx
All Posts About
Teresa Giudice
You May Also Like...
Recommended by Zergnet
Latest Posts

Bill Aydin Passes Out After Day Drinking With the Boys

Teresa Giudice Stresses Out About Money All of the Time

Everything You Need to Know About Joe Giudice's Second Cell Phone