Being Civil with Teresa

I will not be publicly discussing anything relating to the recent news regarding Teresa and her family. I reached out to Teresa directly. I am strictly discussing the episode and how I felt at the time.

Apparently, what I had suspected about Teresa's sincerity was right. Teresa didn't want to be my friend again, she just wanted to keep what she considered her enemy closer. That is the same attitude Teresa had toward me in California when she fake made up with me. I knew Teresa well enough to know that she doesn't forgive and forget that easily and that she probably wasn't sincere this time around either. This is why I didn't want to get too deep by arguing over details at that time, because it would get us nowhere. I just wanted to get to a place of hello and goodbye just like she did. I didn't want to be at odds with anybody. It made sense, because we both had to be around each other a lot because of the mutual people in our lives. I didn't need any more aggravation, and I don't think she did either. I was fine with just being civil. 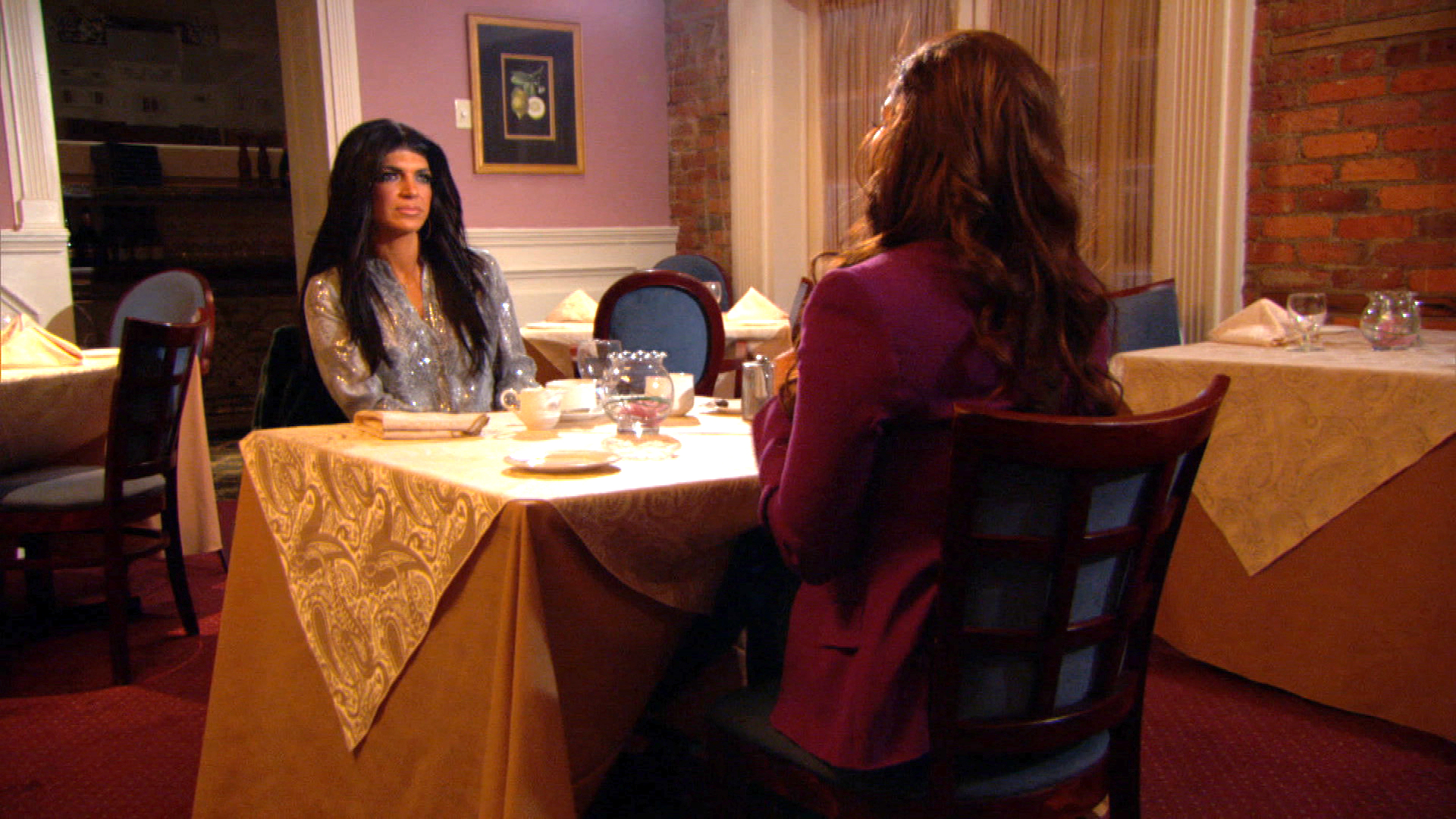 I was very disappointed in Teresa's comment that I had 800 pages of Danielle's court records faxed over to me. Teresa knows VERY well that I didn't ask for, or seek out Danielle's court documents. They were actually sent by mail and ADDRESSED TO ALL OF US, from Danielle's ex-husband after he saw Season 1, to warn us ALL about how dangerous of a person he thought Danielle was. OF COURSE I read them. I'm no fool. It's good to know the person you are dealing with. I always like to have my facts straight about a person before I say something or make a judgment. Even if I don't like the person, I would never make up lies about them. That's just not my style. Most people know that about me.

Teresa seemed to forget all the reasons I chose not to remain friendly with Danielle. Teresa also seemed to forget about how she turned away from her as well. Teresa was the one to label Danielle as the "prostitution whore," flipped a table at her, told the world Danielle didn't wash the sheets after having sex in her shore house, started the chase through the country club, and cursed her up and down at the reunion show (among other things). I think I'm the only person that actually gave Danielle a fair chance before I found out her true colors and cut her completely from my life.

Another thing about me is that I don't like lying for people. I am honest to a fault. If I call out someone, it's because I feel like I'm being put on the spot and I know they are lying. That's just who I am. I'm not going to change.  Teresa was clearly trying to paint a picture of me that made "me" look like the shady one, when the only shade I saw was coming from her. I get it though, she was mad at me at the time.

Don't get me wrong, I can get bitchy when I'm angry, and I do speak my mind. Clearly, I do it publicly. I tweet from my own Twitter. I don't make up fake accounts or get others to speak or tweet for me. Whatever I have to say comes straight from me and I'll even say it to them and/or publicly. I'm certainly not sneaky. When people lie to or about me, I get upset and sometimes will snap back by throwing their ugly truths in their face, because I feel the truth always hurts worse than any lie someone can say to try to hurt me. I'm not saying that is right thing to do in a heated situation either, but that's what I do sometimes. I can be impulsive at times. It's a defense mechanism.

Teresa has a selective memory of the past. For instance, she keeps bringing up what I said at the reunion about her husband cheating on her.  Someone please rewind the tape from the reunion and see for yourself that Teresa tried to imply that about MY husband FIRST, so that's when I gave her a taste of her own medicine and fired off my cannon back at her. Teresa expected an apology from me, yet she had no remorse for the things that she said about MY husband. I felt like that was a double standard. I will say that in the heat of the moment, I said things that were not my place to have said, and for that, I have apologized. Teresa's family, including her brother, have all told me that I had nothing to do with the reason they didn't talk to her for that year. They have all told Teresa that as well. It came straight from the source, so I didn't understand why Teresa was still holding on to that. It was so frustrating to me that Teresa just couldn't take responsibility for her own actions that may have caused that rift in her family. Watch the clip from the fashion show again and you'll see I told her brother that "it" was a set up. Guess what people? "It" was, in fact, a set up! No surprises there. I was biting my tongue and not trying to take her bait to anger me while it seemed like she was trying her best to push my buttons. It just wasn't going to work this time. I did my best to remain calm and in control. 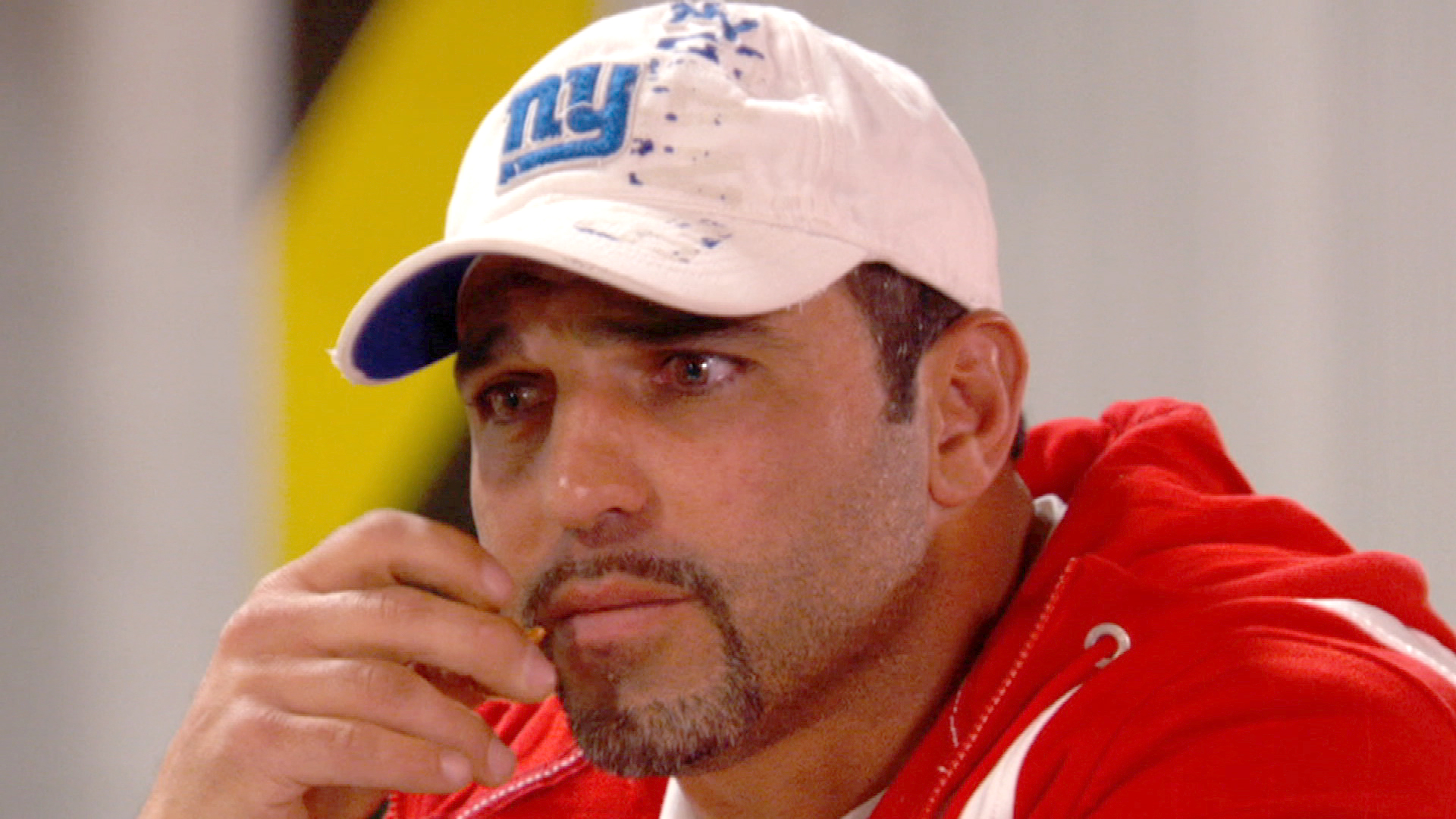 Check out my website www.JacquelineLaurita.com where you can find all my official social media accounts (there are a few fake ones out there).

If you sign up on the landing page on www.AltruisticBeauty.com you will get a chance to win some amazing beauty products that our team of experts recommend. We will be doing giveaways until the launch of our website. By signing up now, you will also receive a special invitation to our virtual launch party, as well as a chance to win an opportunity to come join us in person during our festivities in celebrating our launch.

How Did the Jersey 'Wives Prep for the Reunion?

Dolores Catania Shares an Update on Gia and Frankie

What Advice Did the Jersey 'Wives Get Heading Into the Reunion?

The Jersey 'Wives Share How They Feel Heading Into the Reunion

Teresa Giudice and Her Girls Reunite With Joe Giudice in Italy!