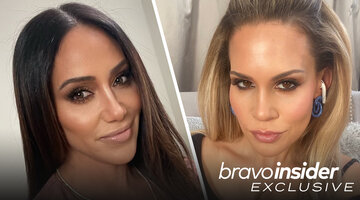 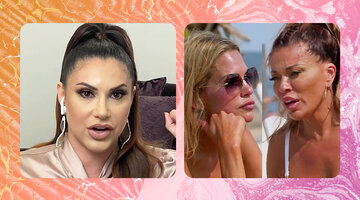 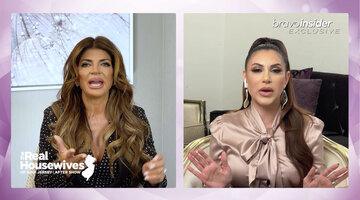 On Part 2 of The Real Housewives of New Jersey Season 12 reunion, Andy Cohen was beyond stunned to learn that Dolores Catania’s ex-husband, Frank Catania, had recently moved in with her ex-boyfriend David Principe. So naturally, when Andy invited Frank and the other Real Househusbands to join the cast members on Part 3 of the reunion, he wasted no time asking Frank about his new living arrangement.

“It’s wild to me that you’re now living with David,” Andy said, to which Frank replied, “I know... Listen, it was a little uncomfortable, I know, for Dolores. But David asked me, quite honestly, and it works out well.” Frank went on to describe a typical evening at the house, which includes watching TV at night with David and the woman David is currently dating (who previously dated Luis “Louie” Ruelas).

Although Frank noted Dolores wasn’t totally comfortable with the situation, Dolores explained during Part 2 of the reunion why it was best that Frank didn't live in her house as they had originally planned. “I have a boyfriend now, and for Frank to be staying with me...it’s like enough,” she said on the May 10 episode. “I’m in a relationship.”

Press play on the Bravo Insider video above to hear Frank and Dolores go into more detail about the “unique” living arrangement.

RHONJ is streaming on Peacock and available on the Bravo app.

Life is better as an Insider
Bravo Insider is your VIP pass to never-before-seen content, exclusive giveaways, and so much more!
Sign Up for Free
All Posts About
Home & Design
Dolores Catania
Home
Frank Catania
Related

Here’s How Dolores Feels About Frank Living with David

Wait, Frank Catania Moved Back In with David?! Here’s Why