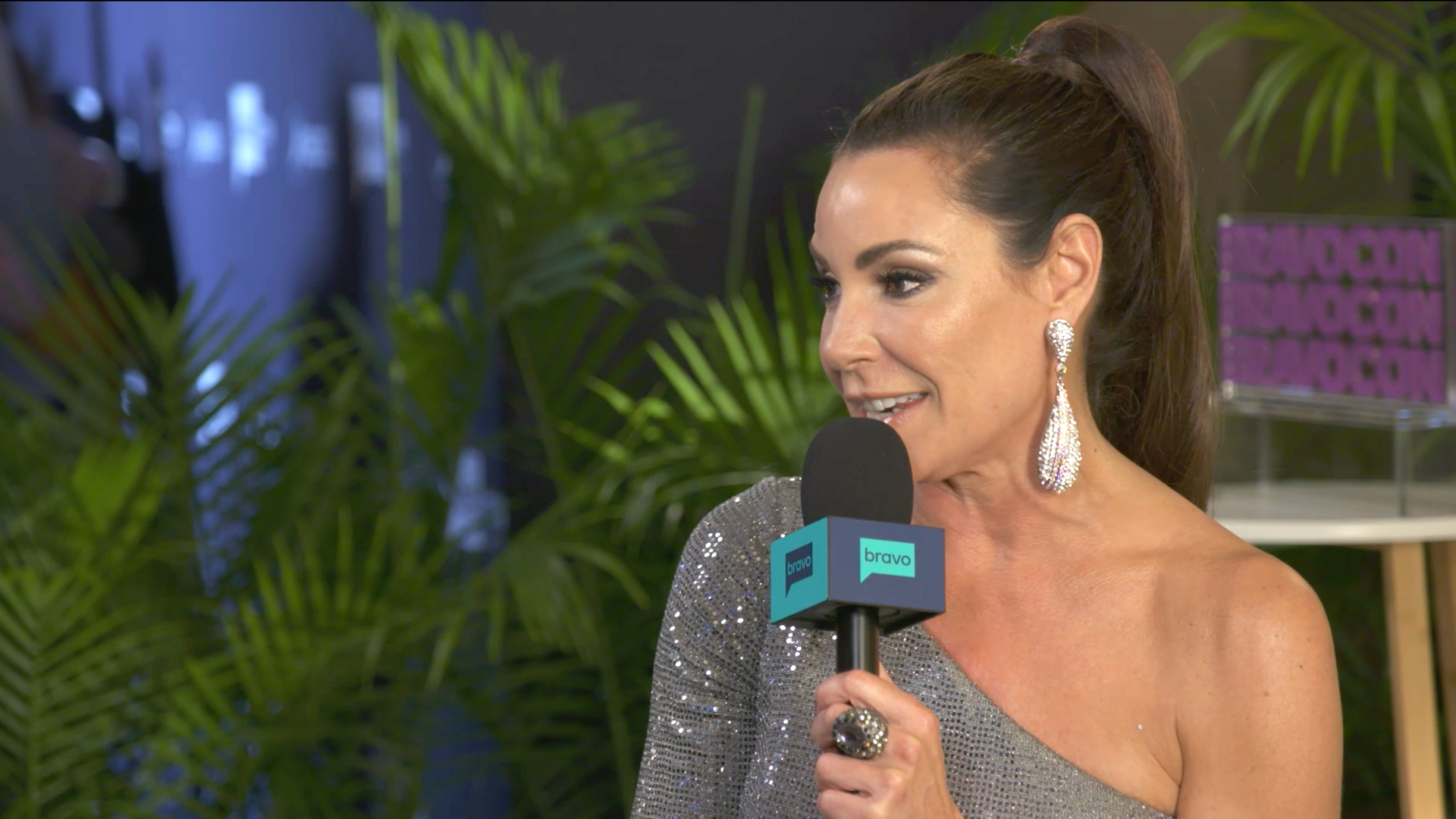 Consider your holiday gift already here because Luann de Lesseps just confirmed that she's hard at work on new tunes, and the world is feelin' a little more Jovani already. Luann and her amazing high ponytail joined fellow castmates at BravoCon 2019 and shared with us in the video above that she's getting ready to grace us with a new song shortly.

The Real Housewives of New York City cabaret star dished on plans for new music as well as some fun BravoCon-inspired changes to the show she's performing Sunday, November 17 at the event.  "I'm going to be dressed a lot differently," Luann explains in the video above. "I have a great opening number and it's really specific to BravoCon. I made changes to my show just for this event so I'm excited."

But if, like us, you have been patiently awaiting Luann's dance song follow-up to her tune "Feelin' Jovani," don't worry because she's got a little something in the works for fans. "I just ran into Desmond Child and he wants to work on a new dance single with me. So a new song is in the works. I'm always creating new music. It's just so much fun," she revealed.

Desmond Child is the hitmaker behind smash songs like Ricky Martin's "Livin' La Vida Loca" and Bon Jovi's "Livin' on a Prayer." Fingers crossed that the Countess will bring us something to bop to in the coming months.

Check out the full interview in the video above.

Luann Decided to Be Herself for Halloween: A Cougar