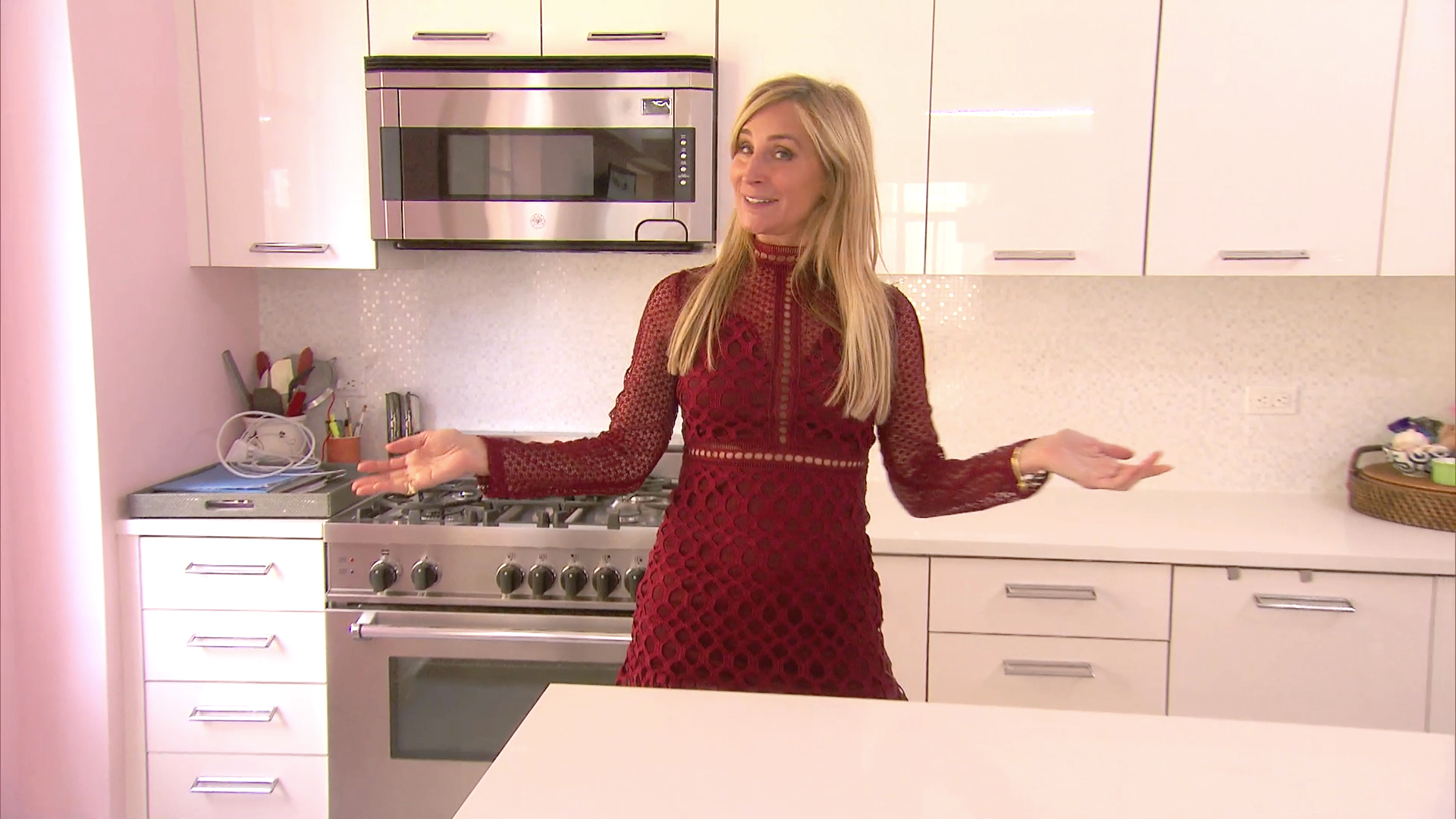 Sonja Morgan definitely ruffled some feathers — okay, okay, to be fair, she ruffled Ramona Singer’s feathers — when she opted to paint the walls of living room in her new apartment a pale shade of pink. But according to The Real Housewives of New York City fashionista, she was simply embracing her inner creative... and her daughter's opinion. “Ramona wanted white because she likes her wine white and she likes her apartments white, but I like color,” Sonja told Home & Design. "Let's just say my daughter is always right. She's always right. This little apartment is like a gem... it was a fun idea to not take it so seriously."

The bright walls theme has continued, this time in Sonja’s bedroom. As she explained in a recent Instagram post, Sonja opted for a “haint” shade of blue to keep the bad juju at bay in her new digs. “You guys have been asking about my new apartment. My living room is pink to #ramonasinger ‘s chagrin but my bedroom is haint blue,” she captioned her video and photos. “It wards off evil spirits according to legend.”

You guys have been asking about my new apartment. My living room is pink to #ramonasinger ‘s chagrin but my bedroom is haint blue. It wards off evil spirits according to legend I love my new lamp from @lampsplus that matches my dressers perfectly. I’m an orchid officiando. Not sure you knew that. 🤔 Swipe 👉🏻for more pics #blue #cream #brown #haintblue #new #decor #interiordesign #fun

What is all this mumbo jumbo? Well, it turns out that for centuries now homeowners down south have been painting their porch ceilings various shades of light blue in an attempt to ward off “haint,” a.k.a. the restless spirits of the dead who have not moved on to the afterlife. Hence the color haint blue!

Sonja also shared a look at her new bedroom décor, her updated patio sitch and the fact that she’s an orchid expert — look out Backyard Envy crew, a RHONY gal is coming for you! Be sure to catch RHONY on Thursdays at 9/8c!

Sonja Morgan Finally Found a Renter for Her NYC Townhouse