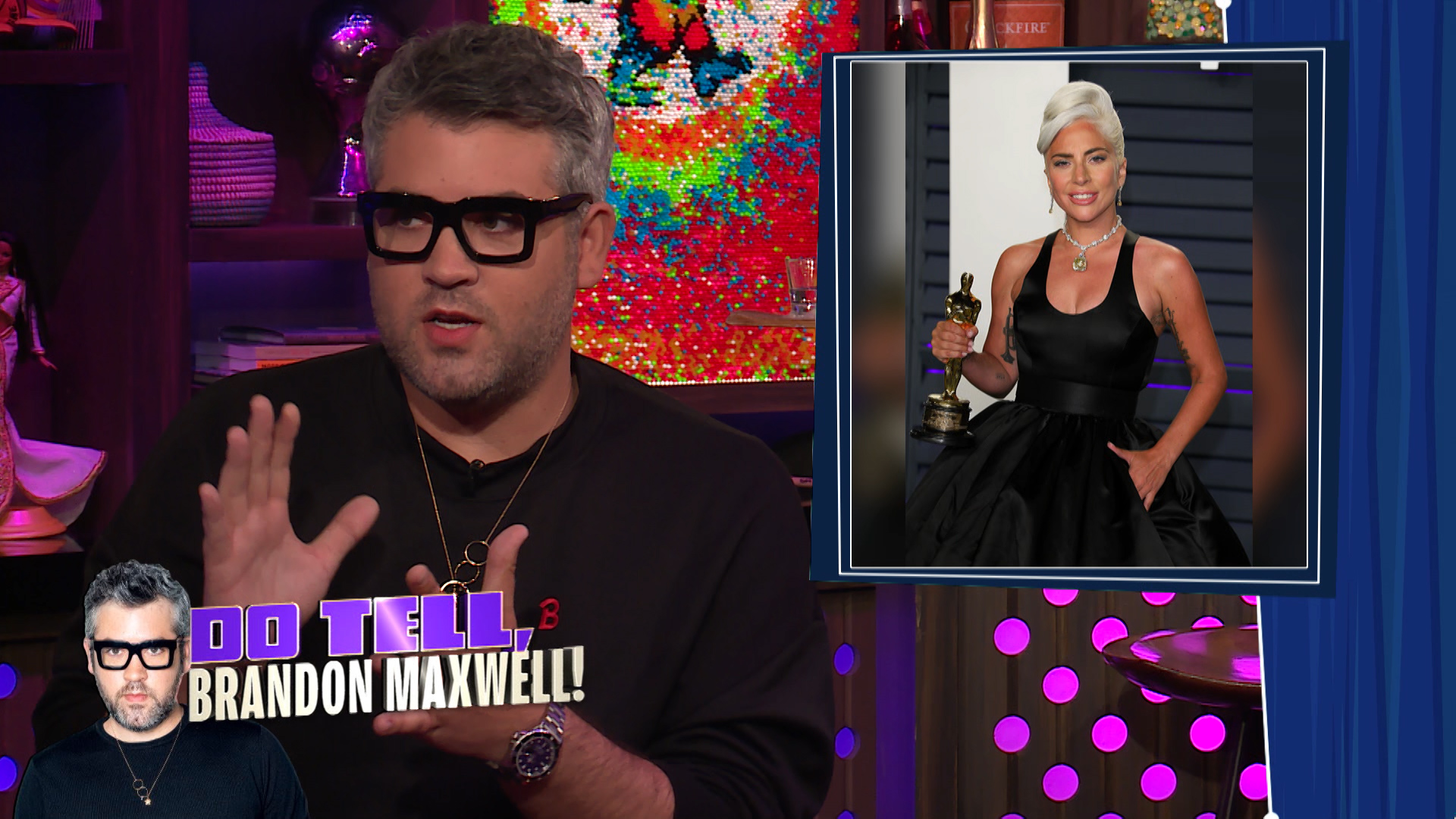 On Bravo's Project Runway, judge Brandon Maxwell holds nothing back when it comes to giving the designers his honest critique on their work — often with a quip or two. Brandon, who's dressed everyone from Lady Gaga to Meghan Markle, definitely has opinions. But what does Brandon, who happens to be a The Real Housewives of New York City superfan, think of the ladies' Season 11 looks?

We all found out last night on Watch What Happens Live with Andy Cohen, when the NYC designer ended up in the hot seat. Andy Cohen flashed the New York housewives' looks on the screen and asked Brandon to judge them as "fashion or trashion." Not to mention that Bethenny Frankel was sitting right next to him as Andy asked Brandon what he thought about her grey suit with sparkly bowtie or Dorinda Medley's Adidas look with pink-streaked hair.

Watch the video above to see which Housewife's outfit Brandon said feels "very Hugh Hefner in a way," whose dress he says is "a nay for me," and which look left him entirely speechless.

Catch more of Brandon on Project Runway, Thursdays at 8/7c.

Sonja Morgan Debuts Sexy Blunt Bangs and We're Into It