Ding Ding Ding! It's Round 3 for Bethenny Frankel and Carole Radziwill

Preview
Next on RHONY: Dorinda Medley Is Brought to Tears 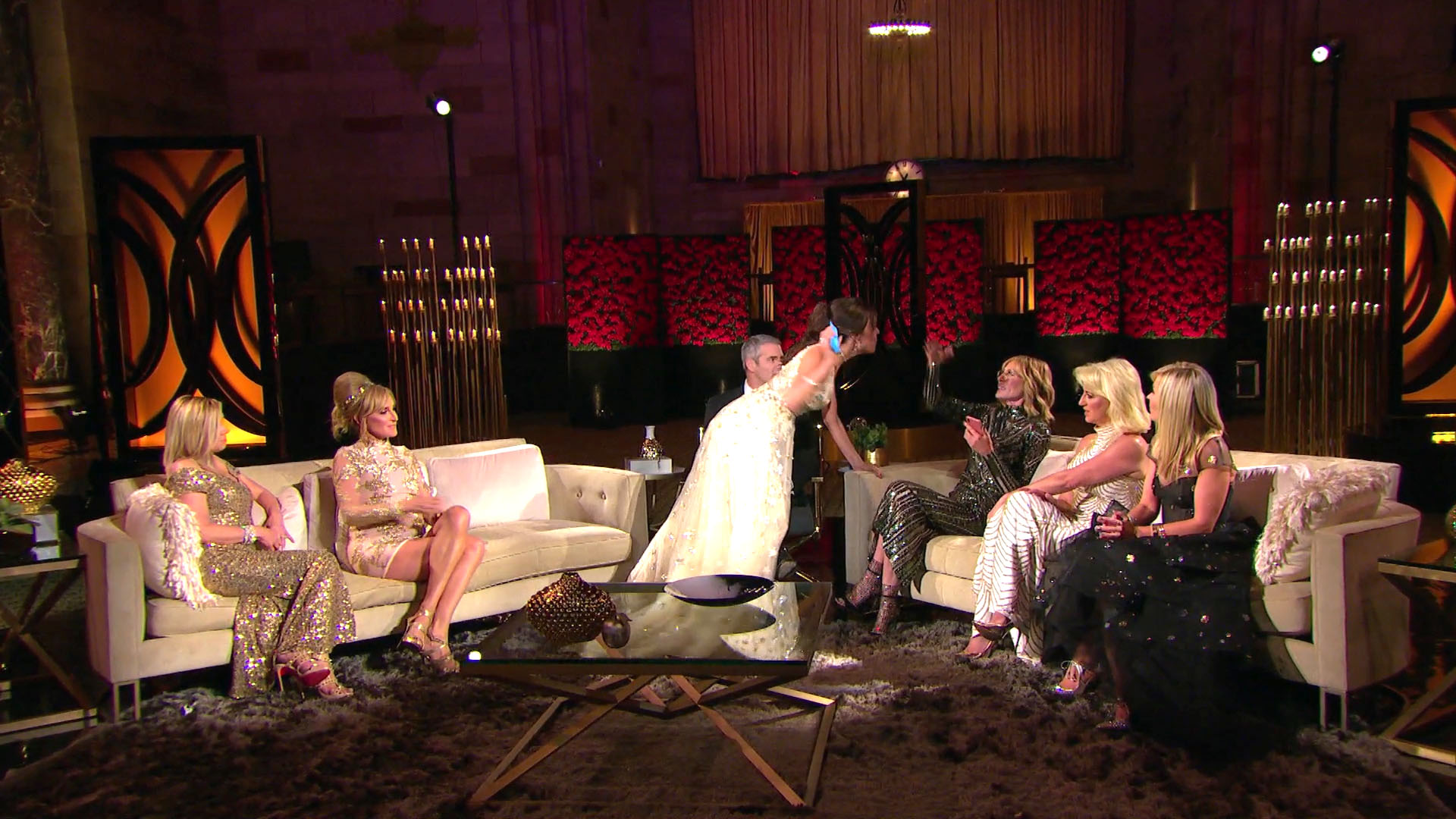 Bethenny Frankel and Carole Radziwill are like two boxers in a ring on the third installment of The Real Housewives of New York City reunion — with Bethenny even jumping out of her seat at one point to yell “booyah b--ch!” over a text message from Brian in the Red Scarf Speed Dating Guy. (Watch in the clip above.) And, yes, “in the Red Scarf Speed Dating Guy” is his last name.

Anyway, the real question is why is anyone else here? All the ladies look gorgeous and have things to say, but really this is the Bethenny-Carole show. These two just can’t seem to quit each other, although they admit now they officially have.

As the two ping-pong insults across the couches, it's clear these two really bring out the worst in each other. Amongst the highlights, Carole accuses Bethenny of age-shaming and career-shaming her, they continue to fight over Brian and who texted what to whom and on what date ... and it's safe to say it's over between these two, with Carole saying, “I realized I was really, really trying to salvage our friendship and you didn’t seem that interested."

Meanwhile, hearing Sonja Morgan talk about moving out of her townhouse was so touching that we almost forgot about Bethenny and Carole for a second. Almost.

Here's a Major Prediction About Bethenny and Carole