Dorinda Medley: I Watched It Unfold Like a Car Wreck 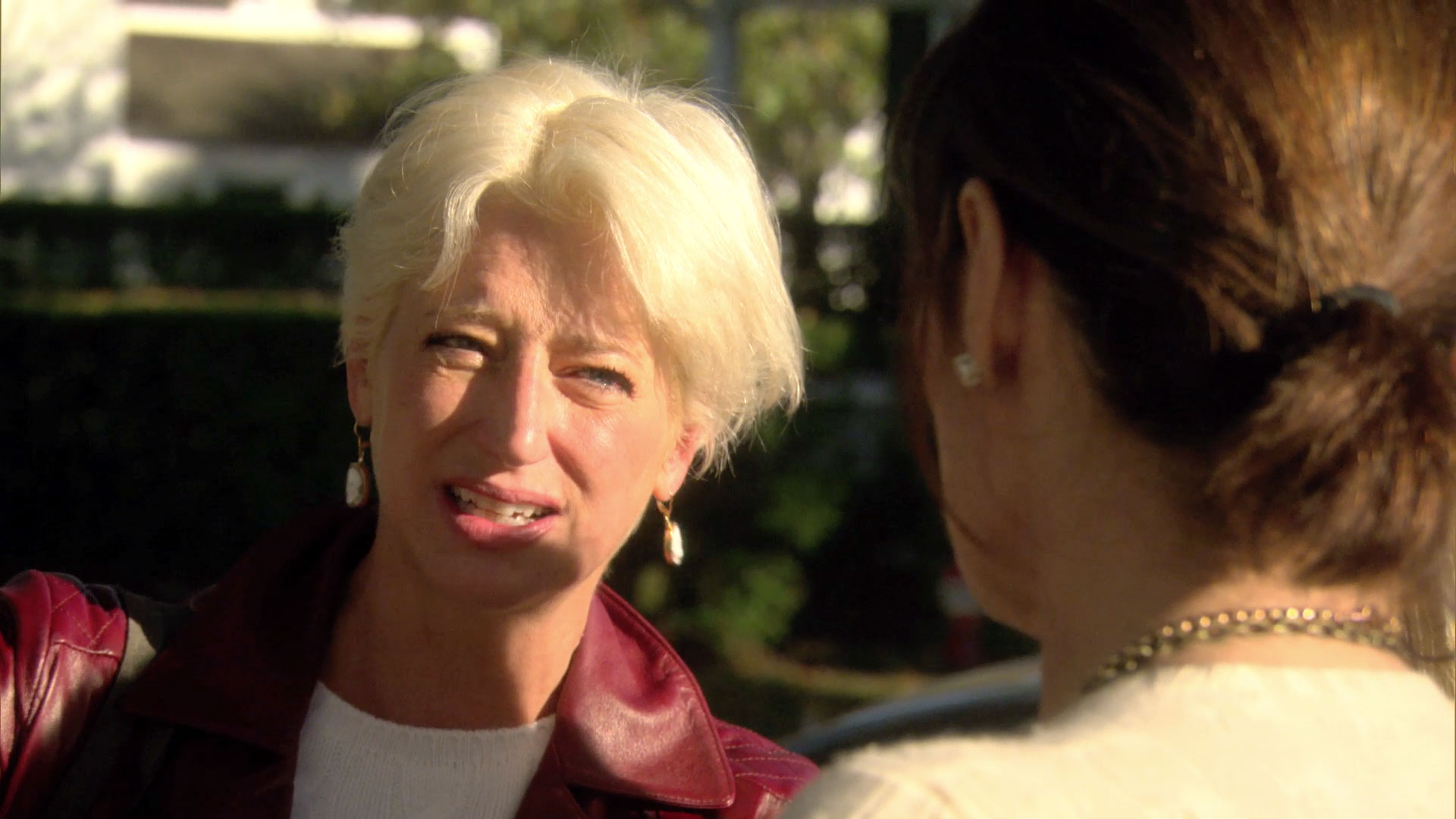 It is absolutely ridiculous that Sonja can't seem to get the difference between divorce and death, but quite frankly, at this point, I just don't care. I guess Bethenny doesn't get the difference either, but be assured I will be speaking about my late husband now and forever, cause thats What YOU DO to honor loved ones.
As I said in my previous blog, hopefully you don't truly understand until you go through it.
Let's make a pact: I won't speak to you about my late husband and you don't speak to me about divorce, OK? By the way, not sure you caught it, but even Luann as I was leaving agreed with me. 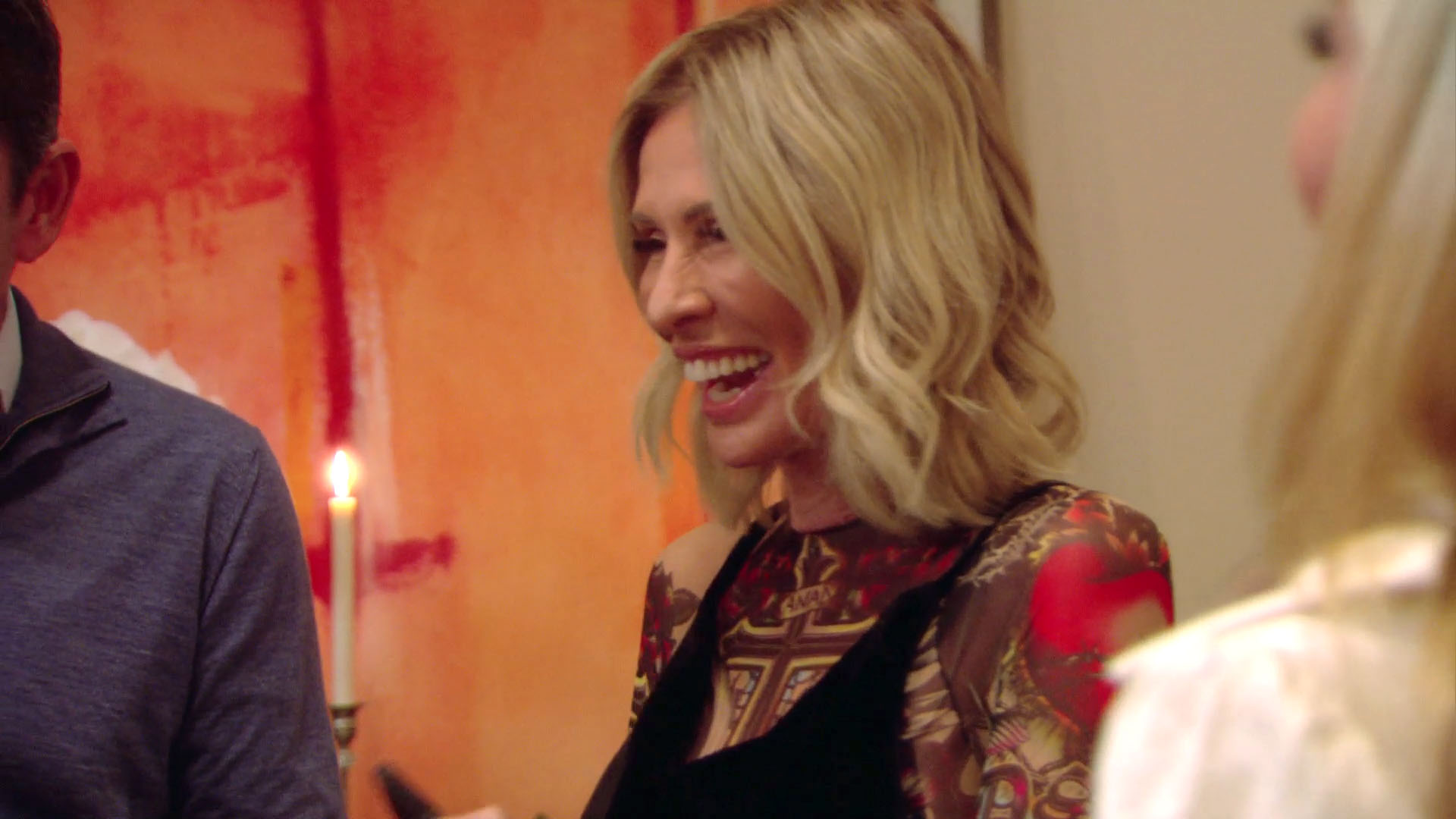 Now on to Ramona's epic dinner party/Carole's marathon dinner. I have to say the party was gorgeous, even if I'm still not sure who or what it was for. Ramona made a tremendous effort—and so did everyone—with their outfits. I loved the fact that people took a chance. And by the way, who cares! It's the company and event, not the clothes. 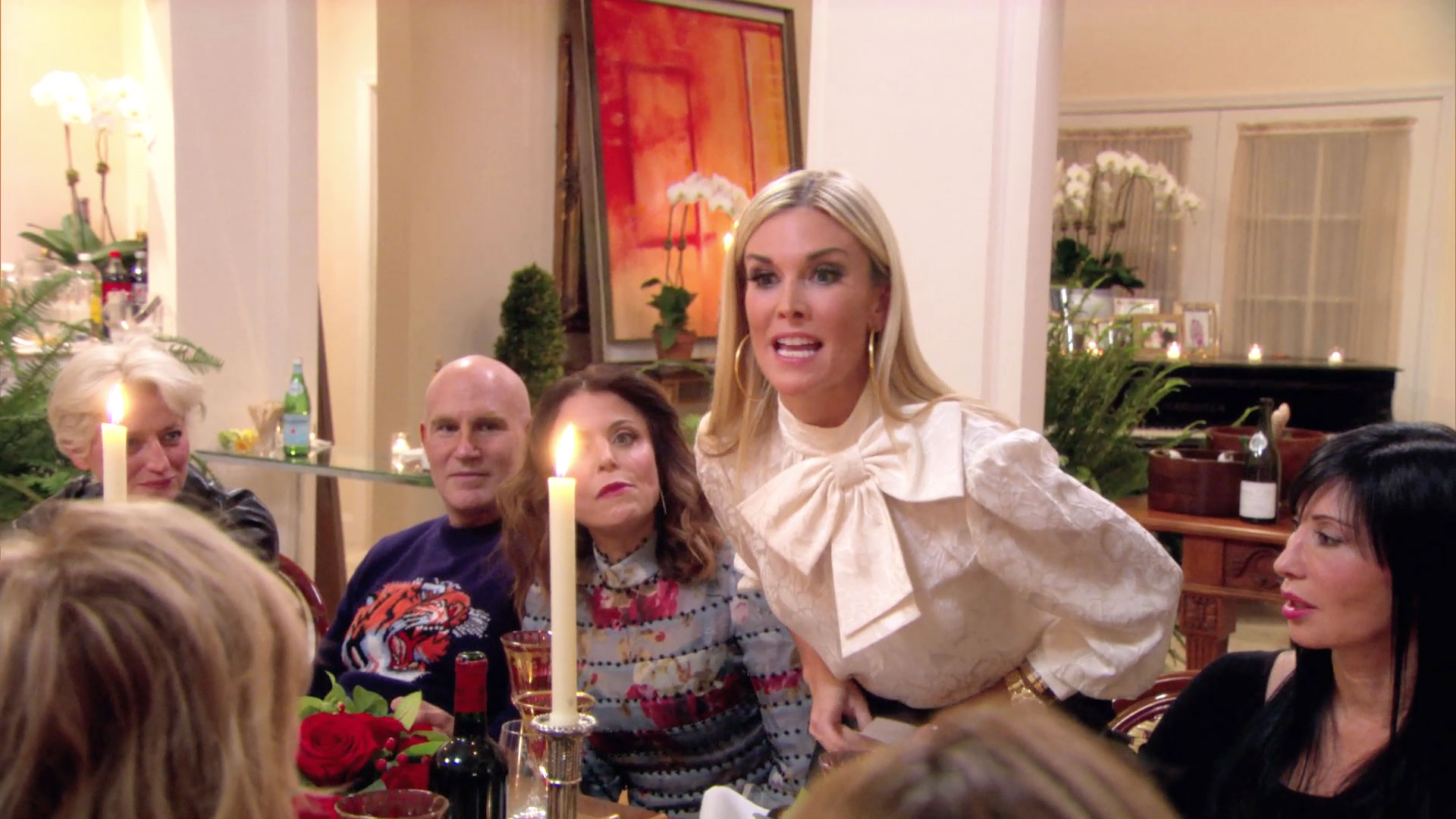 I must say I wanted Tinsley to talk to Sonja, and boy did she. It heated up fast, and once again Sonja was in the hot seat, followed by the burning check. But the best part of the dinner was when Luann, with what I believe was complete sincerity and polite dinner talk, totally put her foot in her mouth. It was so tense, and I watched it unfold like a car wreck! Quite frankly, I just wanted to burst out laughing, especially when Bethenny said, "Tats the man, Dennis" followed by "You owe him an apology," which Luann did. The palpable awkwardness made it hysterical.

I chose to talk to Sonja cause, quite frankly, I'm over it. I just listened to her reasoning, but at the end of the day I agree to disagree. I just wanted to get back to the dinner party filled with outrageously dressed women and burning checks! Ready to enjoy the rest of the night in peace and spend some time with my surprise guest and honey, John.

Preview
Write It, Regret It 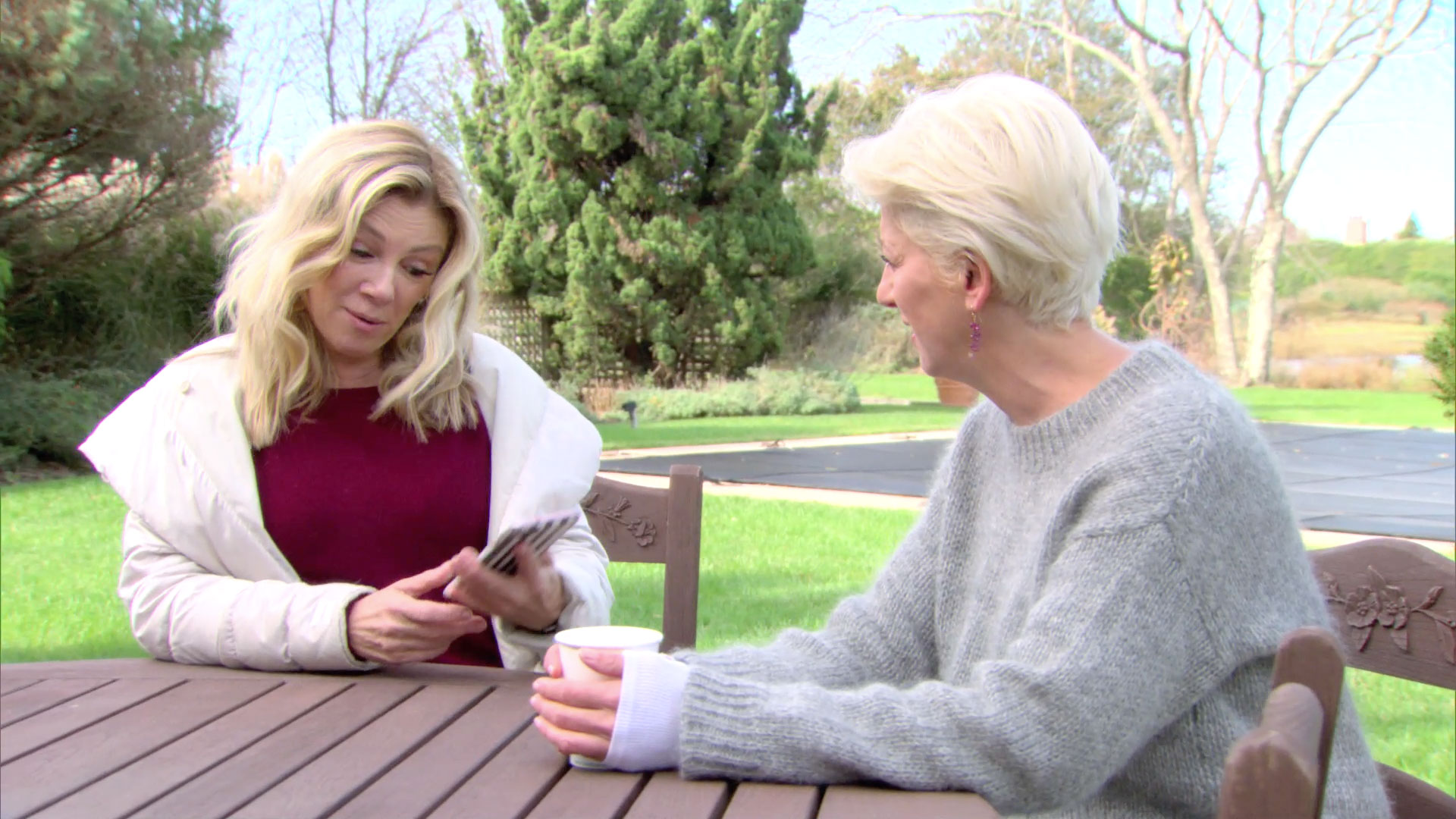 Now onto the POS breakfast text. Say it, forget it; write it, regret it. Sonja should have picked up the phone and called Ramona to talk it out. Instead, she sent a very hurtful text that Ramona will have forever. It sits in her phone as a reminder of what Sonja really thinks of her. I think it really hurt Ramona's feelings as they have been friends for years. I was hoping Ramona would bring it up at the brunch, but she chose instead to exhibit how she felt by ignoring Sonja completely and changing seats. Well that's three for three events now. Remember, when you point the finger at someone, three fingers are pointing back. I guess in this case it's me, Tinsley, and Ramona.

What could possibly happen next? I guess we'll see next week.

Carole Defends Dorinda in Her Drama with Sonja

Tinsley on Being BFFs with Carole and Dorinda