I must say the most surprising thing to me about the reunion was how aggressive Heather was towards me. I have my faults like everyone else, but I considered Heather to be a close friend. Sometimes it’s hard to see a person’s true colors until you step back and see on film how you’ve been treated. Just because someone has a degree or a pedigree doesn’t mean that they know how to treat other people with respect.

I had high hopes for my friendship with Carole when we met each other close to nine months ago and although she says that during interviews she was just having a bit of fun at my expense, it was hurtful to watch.

Preview
Carole Talks Behind LuAnn's Back? 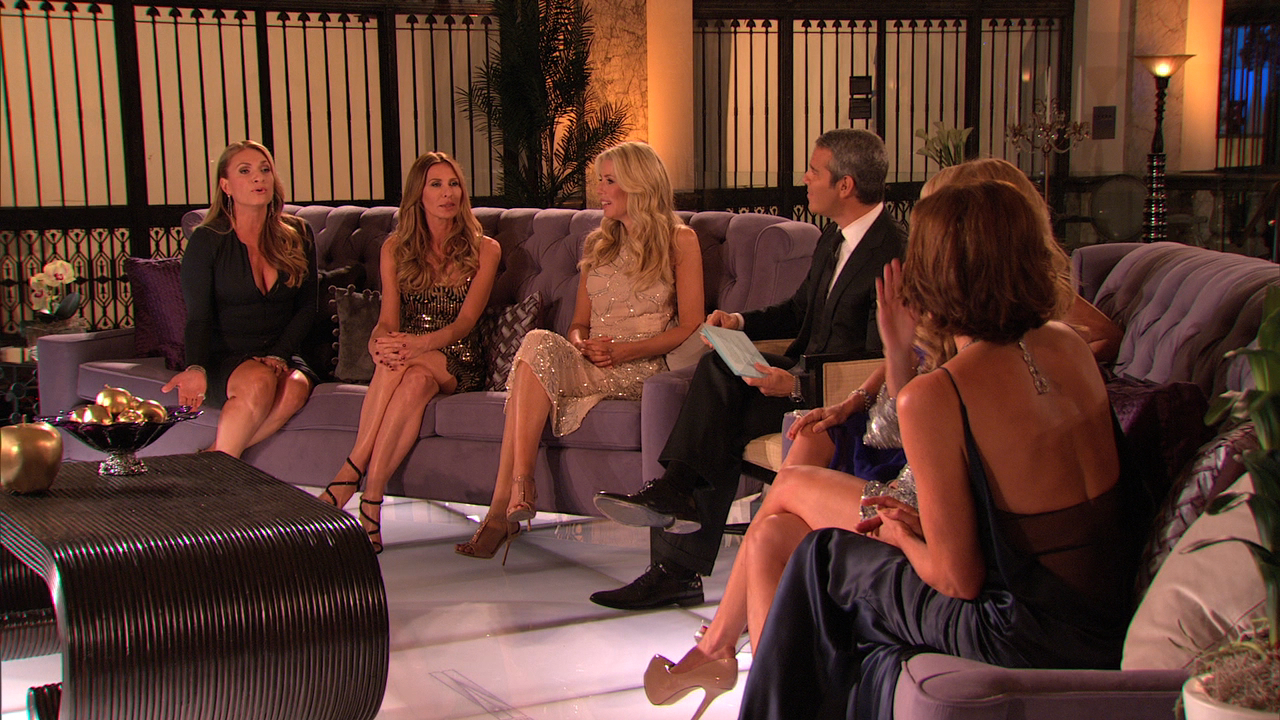 What makes a mean girl? A mean girl hoards her friendships and doesn’t think other people are good enough to join her circle. A mean girl says things like “You’re not good enough to wear a certain designer.” A delusional girl says that she bought all the clothes on the rack outside her apartment door when you know that they are out there to be picked up by a designer’s assistant.

Part 1 of the reunion ends with Aviva profusely apologizing to Ramona and Sonja who were not in a very forgiving mood that day. Aviva’s learning the hard way that once you say something, it’s out there and you can’t take it back no matter how much you say you are sorry. We all have compassion for Aviva and while Ramona and Sonja may eventually forgive her, it’s hard to say whether or not they will forget.

Until next week when we return with the Part 2 of the reunion, bisous!