Dorinda’s house is beautiful, just as I would have imagined it to be--colorful and fun. It was the first snow of the season for me. Gorgeous--truly a winter wonderland!
Blue Stone Manor has a great ring to it! Living in the city can really wear on you, so it’s nice to have a weekend retreat. It was special hearing the story about Dorinda’s dad working at the house and Dorinda saying that she was going to own it one day. Magical.
OK…here we go! Ramona is such a sh-- stirrer! So I was dumb for telling Dorinda to her face as opposed to talking behind her back? HELLO! The dance started off as fun and silly, and it quickly shifted to my being uncomfortable, and I excused myself. That’s that. I now know John and his personality, and I get it. At the time I didn’t get it. Not a big deal--no harm no foul. I love how Sonja gets left out of this whole conversation when she was the one who was inappropriately bumping and grinding on John, and then later in the Berkshires she continued the same behavior? 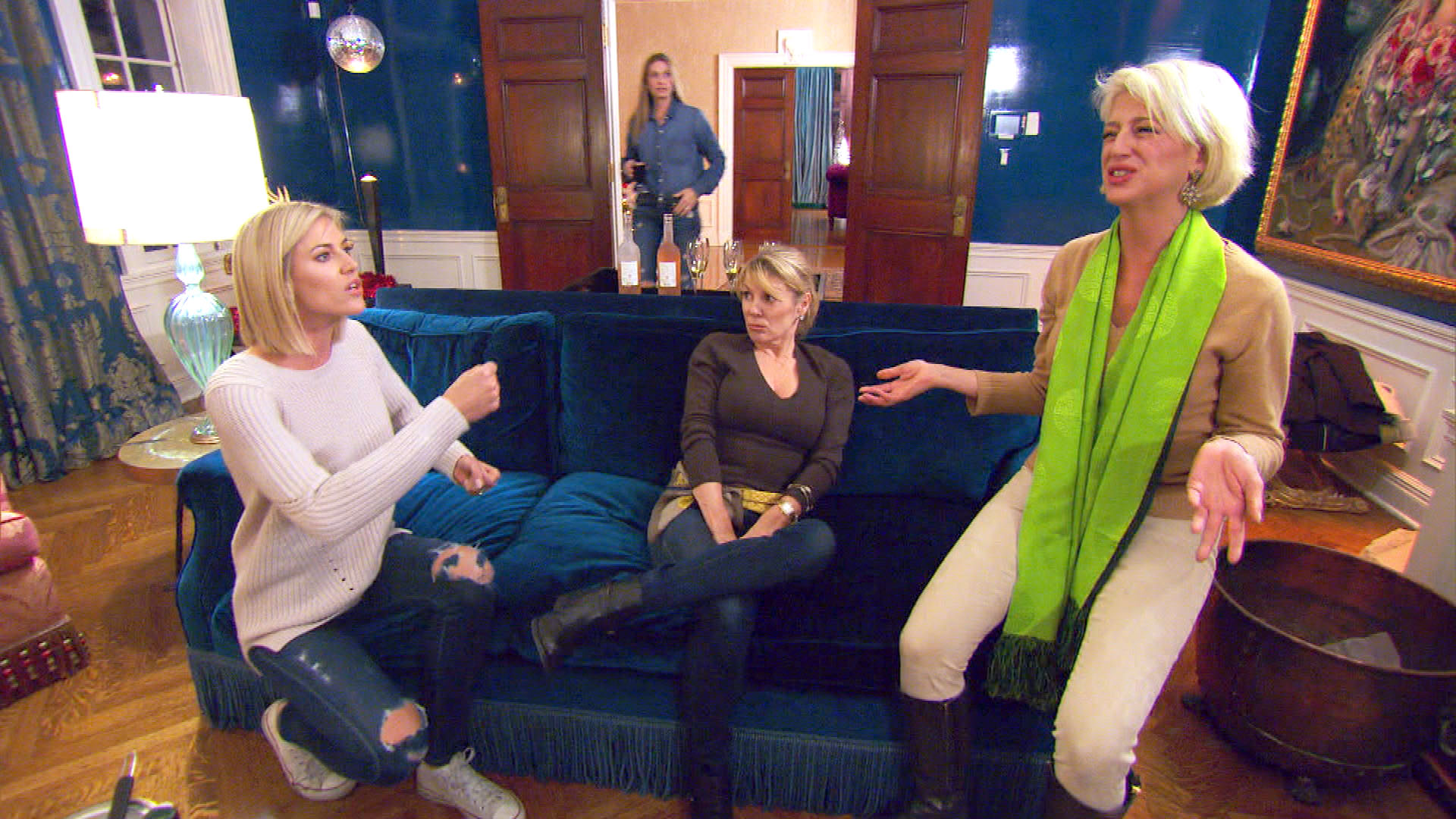 Ramona is constantly in the middle of it all. She starts it and passes it off to everyone else. Makes me nuts!
As for Dorinda. WOW! She is clearly very sensitive to the whole John topic. Very defensive. I had no idea of the history behind this topic before this particular day in the Berkshires. John is sort of known for his inappropriateness? UGH…
So, Dorinda goes off on me, and I am IN SHOCK! I had no idea that she had this in her. I really love Dorinda at this point, so I am mortified by what’s happening! When she starts talking about Josh and then about the fact that me dancing with John is shameful because I’m a mother was unbelievable! Whoa, whoa, slow down…I know that after watching this Dorinda is very emotional and going through a rough time. I know that she doesn’t mean the horrible things she said. After she freaks out on me, she starts crying about Richard and how when she was 40, he was with her by her side, etc., and now he’s gone. She started crying, then I started crying thinking what if something happened to Josh and he wasn’t around in 10 years. I can’t imagine! I know how hard this all is, but still, for her to make all those criticisms about me... Oh, and then I was reminded about how much of a BITCH Ramona is!
Red Lion Inn--We all start talking about Bethenny, but what you all don’t realize is that she just wasn’t around much when we were all hanging out. And because Heather and I haven’t gotten to know her yet, at this point we have no idea what’s going on in her private life (I am watching now just like you are), and so we are totally confused as to why she’s back--what does she want from the group? We’ve invited her places, but she can’t/won't come. We are viewing this as not really up for making the effort. It clearly seems like she could use some friends, maybe a shoulder to cry on. Friends are something that it seems Bethenny could use right about now. Not everyone is out to get her. Some of us are actually really great ladies with big, kind hearts.
Preview
Why Does Everyone Cut Bethenny So Much Slack? 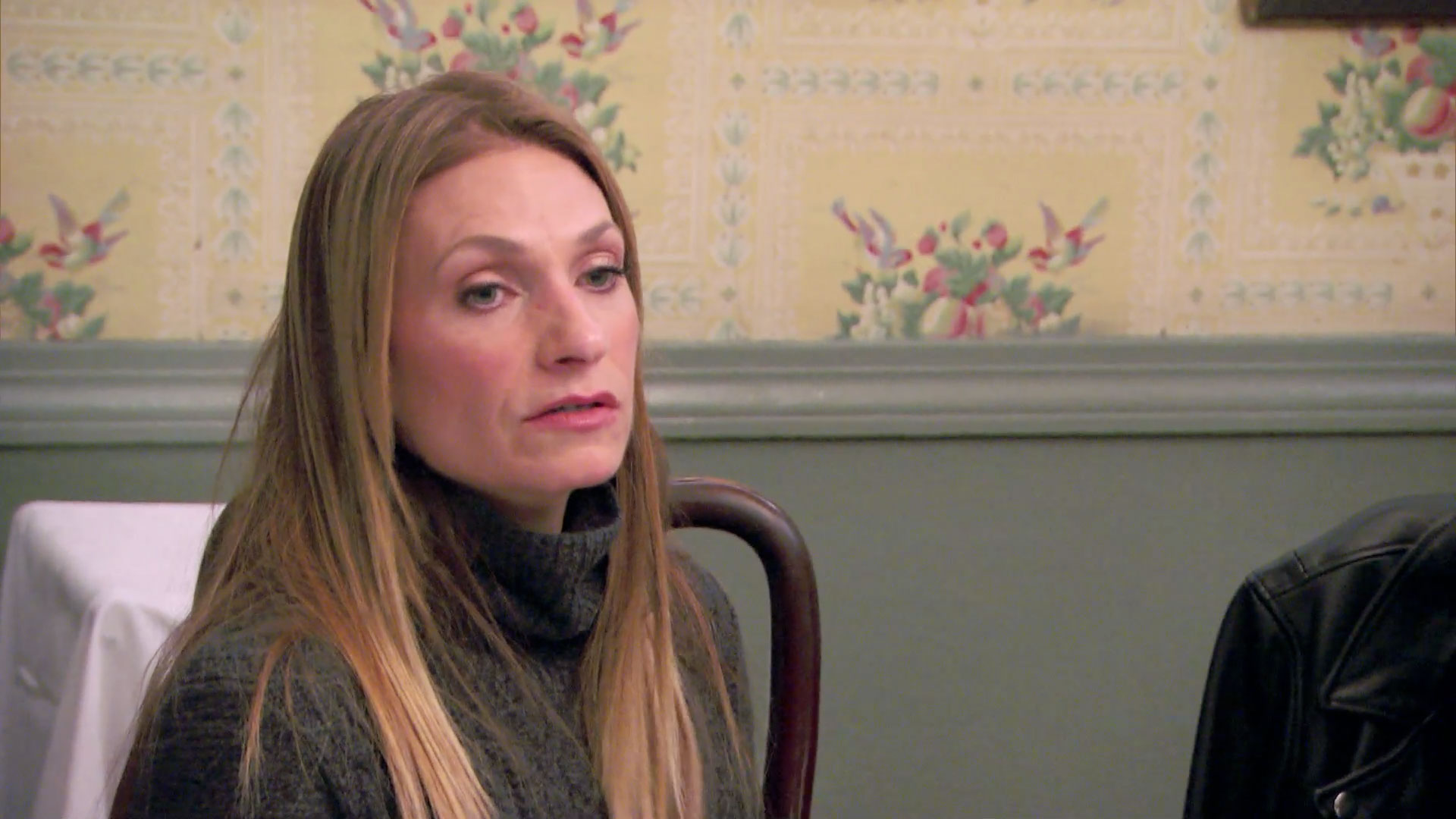 The other week you all slammed me about the single parent comment. Absolutely, you believe family comes first! I, too, couldn't imagine not being able to have access to my kids all the time. I feel for what Bethenny must be going through, but up until this point (that is, until I watched this episode), I had no idea to what extent her time has been limited with her daughter due to the custody issues. The fact is, unfortunately, the two of us have kind of been like "two ships that pass in the night." We haven’t really had the opportunity to get to know each other. I haven't had a lot of one-on-one time with Bethenny. So, up until now it just seems like a real lack of effort. Nothing against her parenting--I learned about all of that the same time you did.
P.S. Ramona, yes, you cry crocodile tears often, and it’s so fake and obvious!
Bethenny shows up at Dorinda’s party! I am thinking, “Wow, how cool, she is making an effort, good for her.” She made a whole fun day of it with her daughter, put her to bed, and she gets to have some time for herself! Great!
It was nice to have the guys with us on this weekend. There are so few of them these days that it’s nice to get them involved.
P.S. The dress code for Dorinda’s party was “elegant.” Knots Landing is back, Bethenny. When you RSVP, you get the memo!
I am shocked when I find out that Peter is linked to Marios fling! WHAAATTT?! Does Ramona know that? That’s a bit creepy. There are too many fish in the sea to have to resort to double dipping, ewwwww!
OK, dinner--Bethenny just wants to be, we get it. Heather is very nurturing and sensitive to others’ needs, that’s what makes her such a great friend! We all went to a great lunch earlier in the day and brought home some leftovers. Heather remembered that and simply offered some to Bethenny. That’s all. We are all trying here--Bethenny is a hard one to crack...that’s that!
Preview
Heather, You're Not Bethenny's Mother 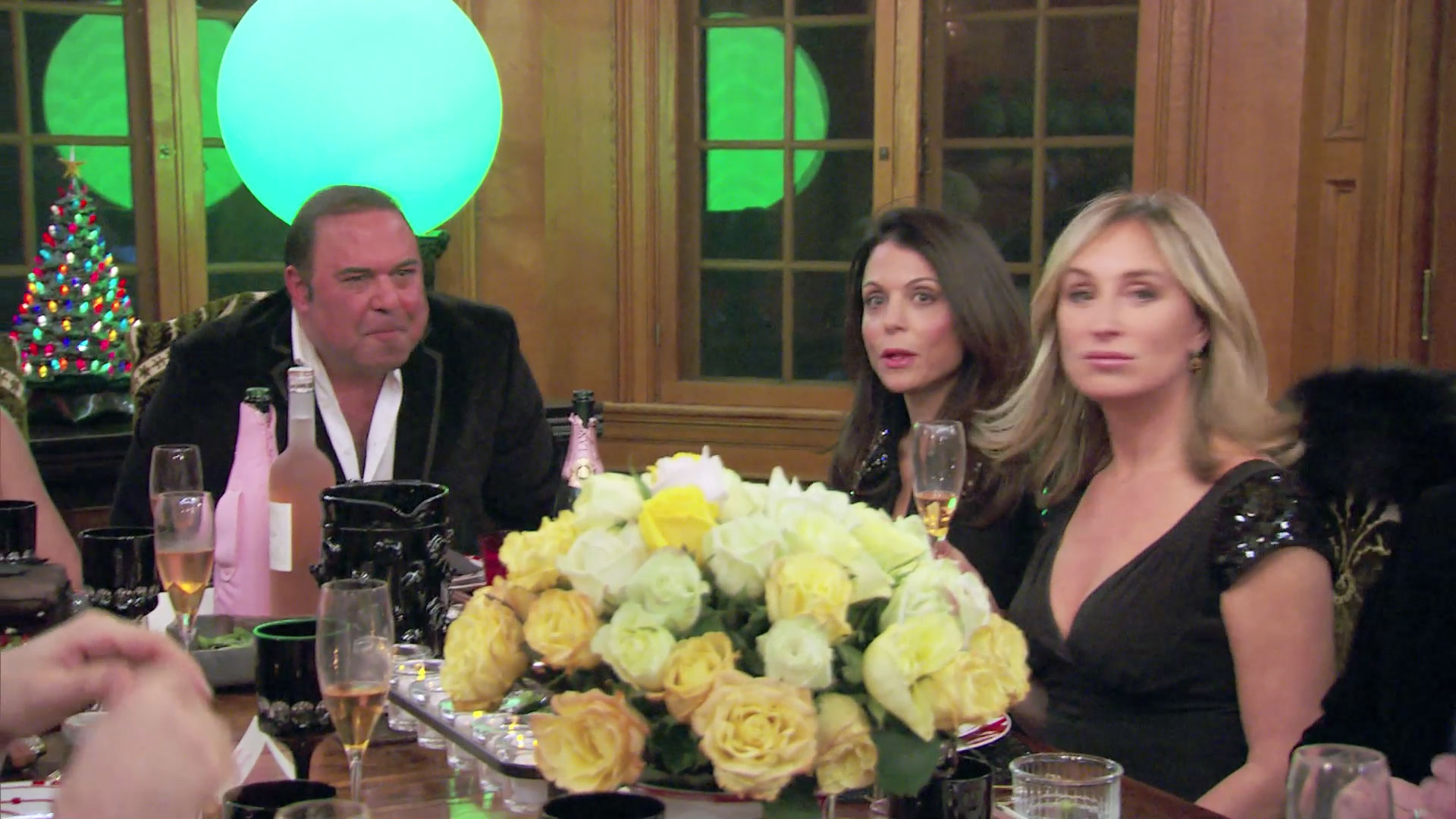 Not sure how this dinner turned into a therapy session. Awkward, uncomfortable…what the hell happened?! Happy Birthday, Dorinda?
Show Highlight
Bethenny Wants the Wall Up 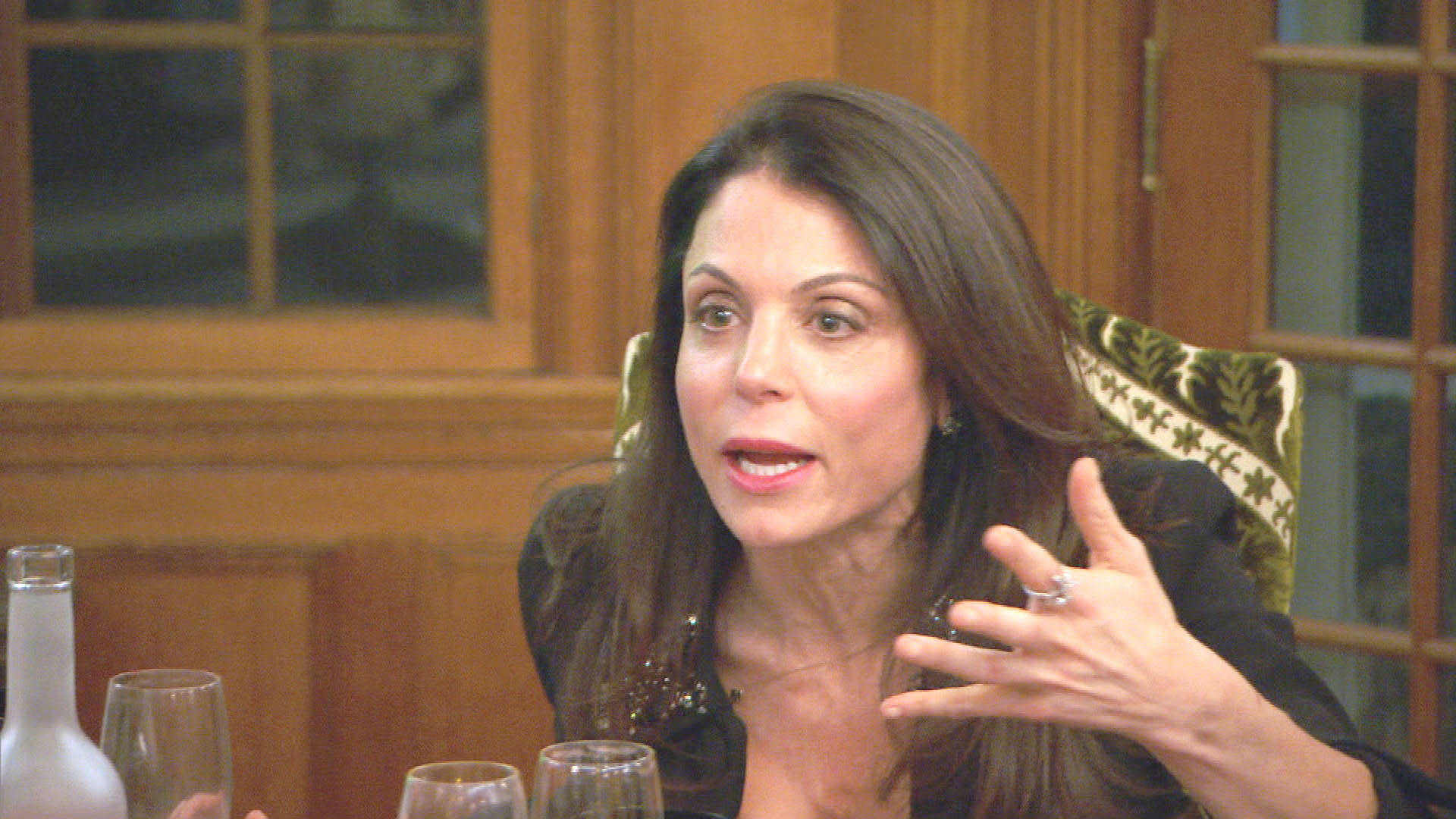 All Posts About
Kristen Taekman
You May Also Like...
Recommended by Zergnet
Latest Posts