Bethenny Frankel: I Hope Sonja Can Find Her Truth

This week Bethenny Frankel is guest editing Bravotv.com! Keep an eye out for new content straight from the Skinnygirl herself, and Like Bravo and RHONY on Facebook so you never miss an update.

Oh what a tangled web we weave. It was crazy to watch the evolution of my hustle from a CT supermarket to Union Square. The stakes are way higher, but the hustle is the same. Business is tough. I love what I do, and I am 100% invested, and it is my mission to help and inspire female entrepreneurs. This entails being honest about what it takes. Even now I struggle to make things work, and I have drive and determination, and I'm completely committed.

Those Skinnygirl Protein Shakes and Bars are unbelievably delicious and good for you, but it still takes a lot to make a product move on the shelves of Walmart. Being a mom and a business woman: that's all there really is time for much of the time.

The Sonja situation was just kind of sad. Obviously, her idea can’t touch my brand. There is no product or distribution. It is a made-for-television idea, and I have over 20 varieties of wine, vodka and ready to drink. You can't find a city of the Housewives where several women haven't followed in my footsteps and attempted booze. Bring it on. The more the merrier. It is a brutal business, and it may look easy, but as you see, it isn't.

This was just an unoriginal name and idea, and it gives a false impression to the audience--that you just go on tv, and poof a brand is born. That isn't how it works.

I also know this industry fairly well, and the TTB, the liquor governing board that approves labels, would doubtfully name a cocktail "half drunk" girl. They take drinking responsibly as seriously as do I.

I have no anger towards Sonja, but I do have sympathy. I hope she can find her truth somewhere in the process.

Ideas and names are a dime a dozen. Execution, drive, dedication and passion push it through. 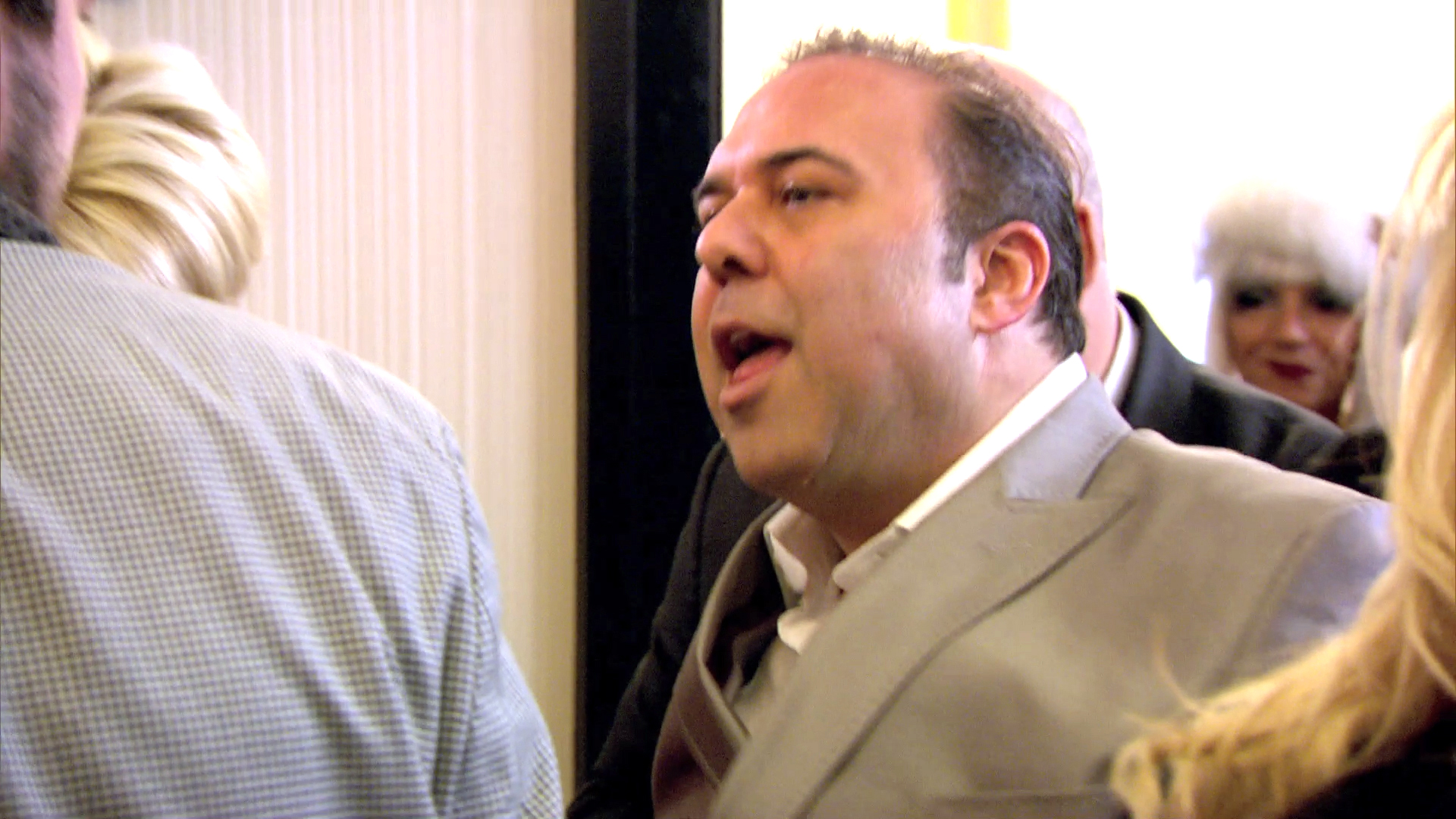 Wow, that fight was insane. The first thing I thought was who would date that vile creature much less go to Ibiza with him? Not sure why Ramona wanted to speak with him but probably to get some dirt because where men and Luann are there may be some to dig up. I agreed with Dorinda that John was right to want to toss that pig from his party, but ever so wrong to wave his hands at Ramona and light that flame again.

John needs a paycheck, an Herve Leger dress and an apple and he is ready for his tagline. That was some fight.

All Posts About
Bethenny Frankel
Related Stories
The Daily Dish