Preview
Is This Awkward for Sonja? 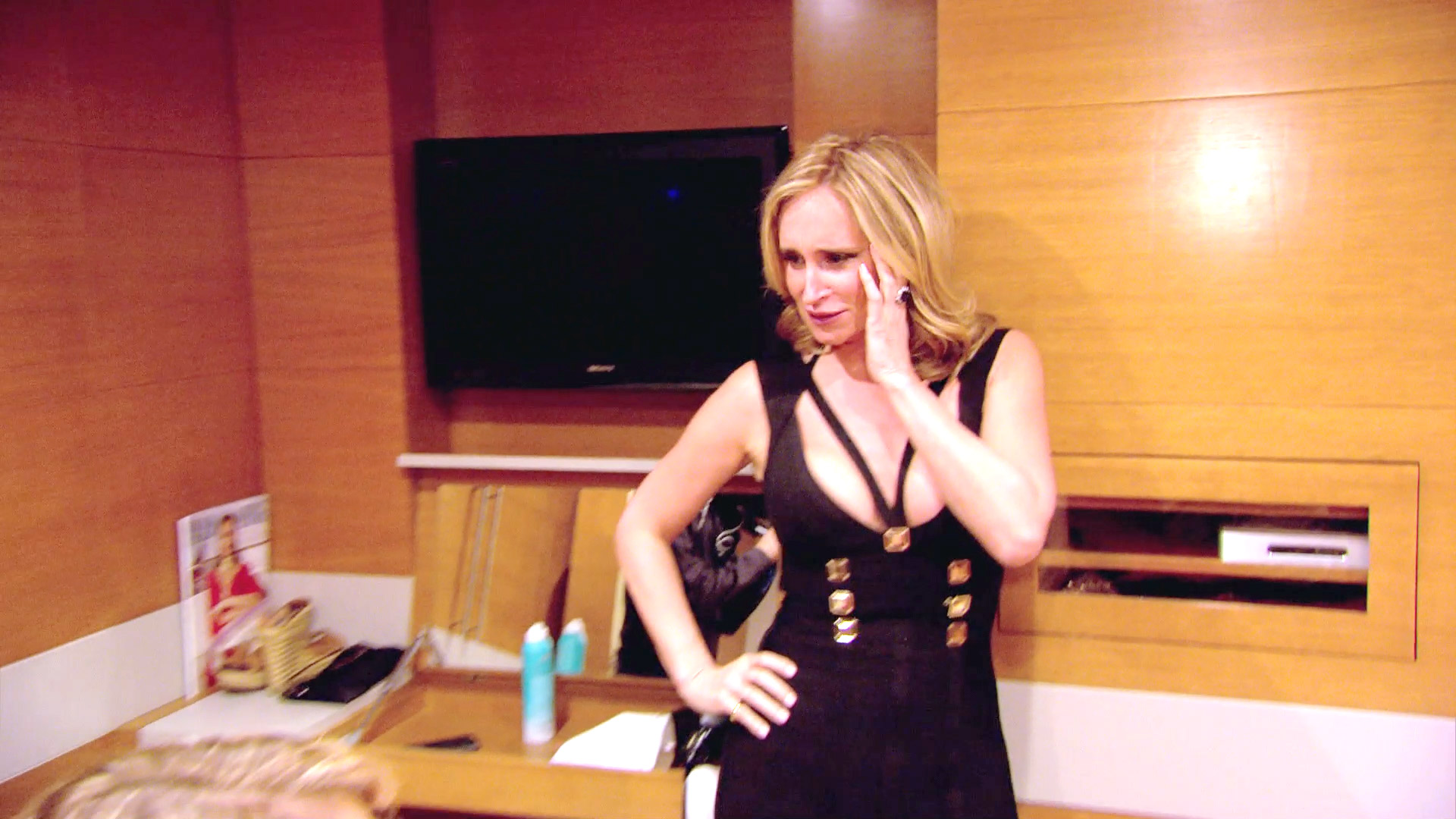 Some of these women are so paranoid it makes me wonder what they are hiding. I didn’t go to Luann’s party to “spy” or ask investigative questions. If you don’t like my questions, then don’t sit next to me. Trust me, with the exception Bethenny, hell would freeze over before any of the women sit down next to me and say, “So Carole, what’s going on with you?” LOL…never happens. But, I digress.

Here is the thing, I ask questions because we need dialogue. I prefer straightforward conversations to the screaming and drunken pill-popping antics you see from others. I ask questions because it is polite. For instance: My girlfriend is getting engaged and loves yellow diamonds. So I ask Tom, “Do you have a good diamond dealer?” I watch, not “spy,” as Luann whirls around in her white gown bursting with love. It was nice to see her happy. I offer to change out of my white gown. I ask myself what the protocol is for wearing white to a friend’s engagement party. I decide it’s fine. I make polite chit chat while trying to ignore that Tom is cozying up then smelling Ramona’s neck. I ask Sonja to ask herself why she is so okay with a man who professes to be — at the very least a friend for 10 years and at most a sexual partner — yet he is rude and dismissive of her at the party. Not cool. I also counsel Sonja to not be her usual flirtatious self. Ladies, men are not the prize. We are the prize. Don’t forget that.

So you see, I went to Luann’s engagement party because:

1. I was genuinely happy for Luann.

2. I was curious about Tom given all the talk. (I’m sure all of you were too.)

3. I had nothing else going on that weekend.

I thought the party was a huge success! I loved Dorinda’s toast. I think it was something about love and second chances, but I’m not certain. Neither is she. We had lots of laughs, especially the morning recap of Ramona’s doomed short-lived relationship with the fiancé. A conversation, by the way, that was started by the resident tattle-tale. A conversation that any group of friends, anywhere in the world would have had the next morning. #keepingit100. And for the record, Ramona was never seriously interested in Tom. They dated, he flirted with her more than she ever did with him. R.S. + T.D. I mean, adorbs! Thing is, Ramona likes her relationships to be discreet and not papered all over the gossip pages. That is how I like them also. Luann likes something else.

Next week’s episode is so good I watched it twice, and I’ve never watched anything twice, except Saturday Night Fever, Butch Cassidy and the Sundance Kid. Oh, and every episode of Game of Thrones, but that’s only because Adam falls asleep in the middle and makes me watch it over with him the next night. Xo  #doubletrouble

P.S. I know you will ask…the black and pink bathrobe I wore in the morning on the boat is from Agent Provocateur.

All Posts About
Carole Radziwill
You May Also Like...
Recommended by Zergnet
Latest Posts