Dorinda Medley: I Hope You All Enjoyed My Sober Speech

Show Highlight
Dorinda Takes Another Stab at Making a Speech 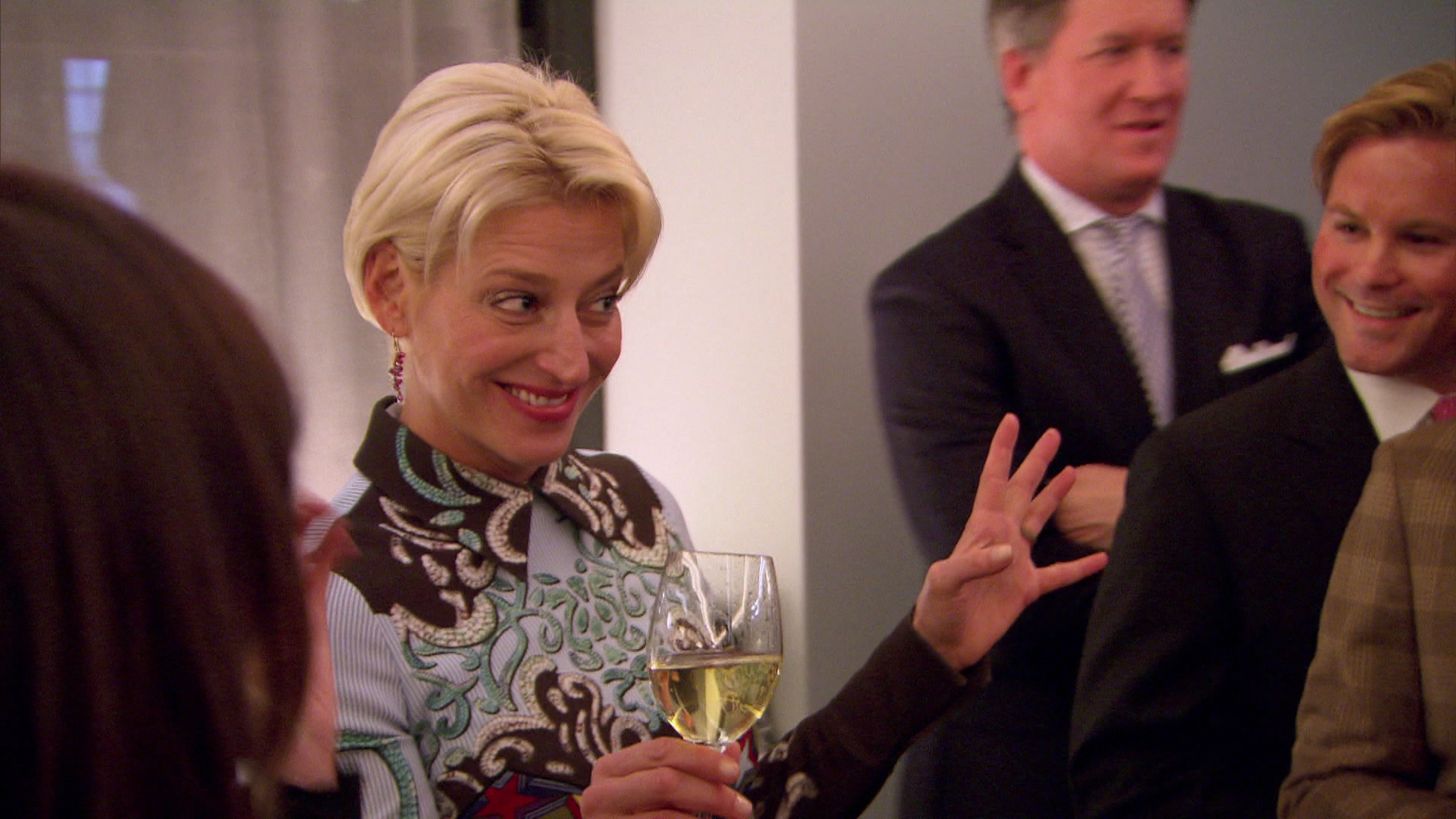 So we're back in NYC, and I could not be happier. I will deal with the disaster that is the Berkshires when I go back for Christmas, but until then, I am just going to try to enjoy the rest of the holiday season and forget about it. Onto a different kind of holiday party, a Skinnygirl extravaganza! Bethenny clearly went for it with this holiday party. I think the best part (besides my face on a Christmas ornament) was the Skinnygirl ice sculpture. How often in your life can you drink out of an ice luge, see your face on an ornament, learn how to open an oyster, and drink eggnog out of a chocolate chip cup? The only thing that puts a damper on the whole thing is Sonja eye rolling when I spoke about the Berkshires and the lack of apologies. Of course, she rolls her eyes the same way she rolled up my lingerie from my late husband after wearing it without permission and leaving it in the bedroom. For someone who is trying to be the epitome of etiquette, word of advice: "Clean borrowed items before you give them back." Or how about this one: "Don't touch the host's clothes when you're staying in her home."

Onto the happiest part of the season, Lu's wedding! The whole event was magical, and I couldn't be happier for them both. It is true. I did not fully read the schedule handed to me upon arrival, so I was a bit late for the bridesmaids' luncheon/makeup/pictures, but in the end it all worked out beautifully and the evening went off without a hitch. There was not one single detail Lu did not think of, and she looked stunning! (I thought I looked pretty good, too, but it's about the bride, right?!)

I hope you all enjoyed my sober speech at Lu and Tom's NYC cocktail party for everyone who was not invited. I just think it is time to now settle in as Mr. and Mrs. D, and NO MORE CELEBRATIONS! I'm tired!

You Can Definitely Teach These Old RHONY Dogs New Tricks

Next on RHONY: Sonja Morgan Doesn't Shave Her Pussy