Tamra: I Think Meghan Is an Amazing Stepmom

Tamra, Vicki, and Shannon pose on a mountaintop.

Welcome to the beautiful island of Mo'orea. Woot-woot this trip was my favorite trip with the ladies, so much fun and so funny watching it.

Let me start off saying that I think Meghan is an amazing stepmom and you can tell she loves Jim's kids with all her heart. Her step kids are lucky to have her. The conversation that we were having was more about "boundaries" as a step-parent and not about loving them. There was a lot of the conversation that was not heard. As a divorced mom of three I have experienced the opposite side of step-parenting. Some step-parents cross the line and say things to your kids that is not appropriate or they act in a way that is disrespectful to their biological parent. Eddie does an amazing job of knowing his boundaries and accepts the reality that he is not their dad.

Show Highlight
You're a Stepmom, Not a Mom 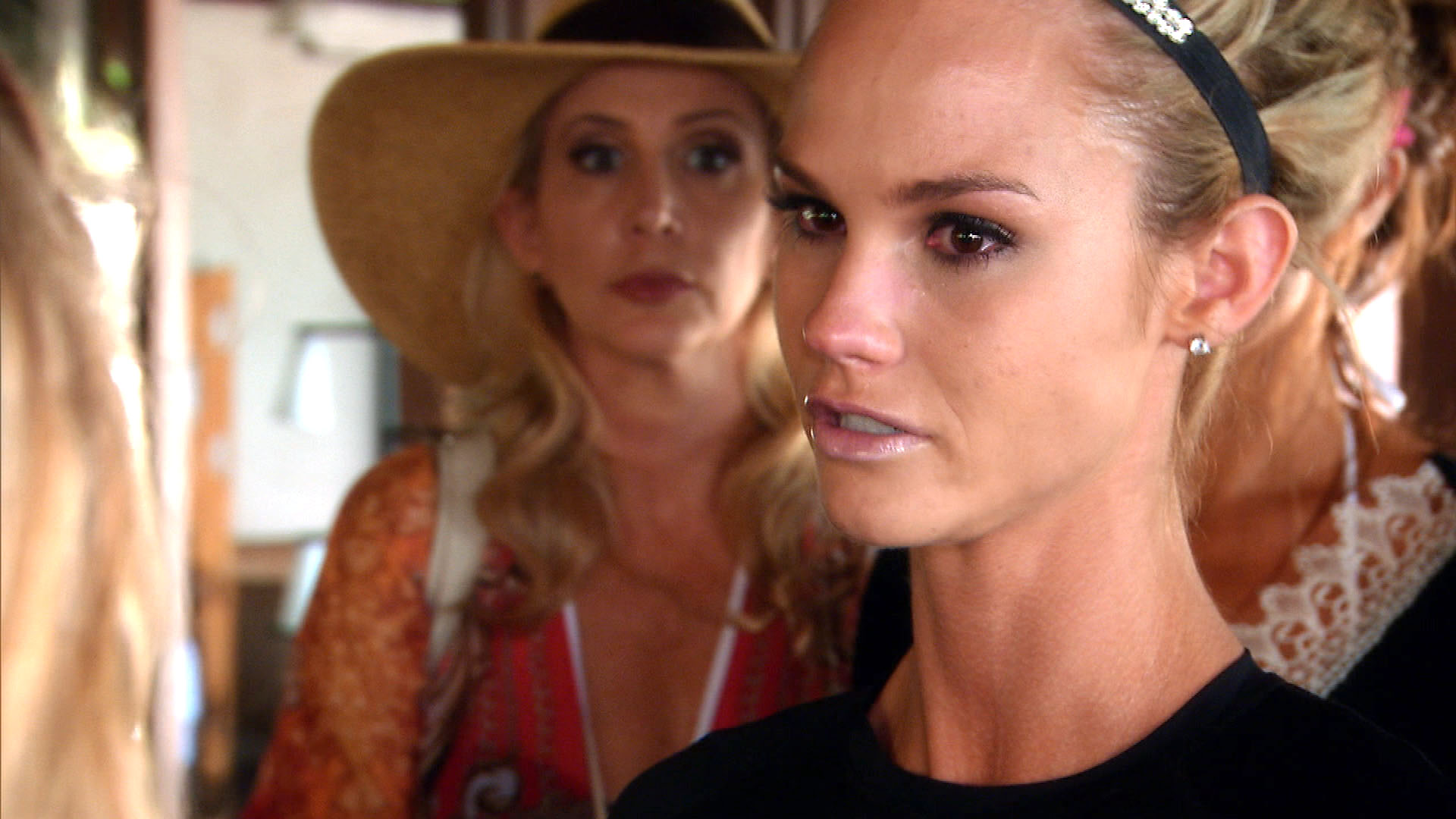 I personally was not discrediting Meghan's love for her step kids in the conversation that you saw. Meghan and Jim had only been married a few months when we were in Tahiti. When she was telling us that she wished Jim's kids were hers and that it makes her sad that she has not been in their life since birth, I feel that was disrespectful to the their mother that is probably watching the show. I feel if Meghan is having such a problem with Jim's kids not being hers then they should have their own, she is young it's not like she is in her 40s and it's too late.
Preview
Tamra Goes Skinny-Dipping 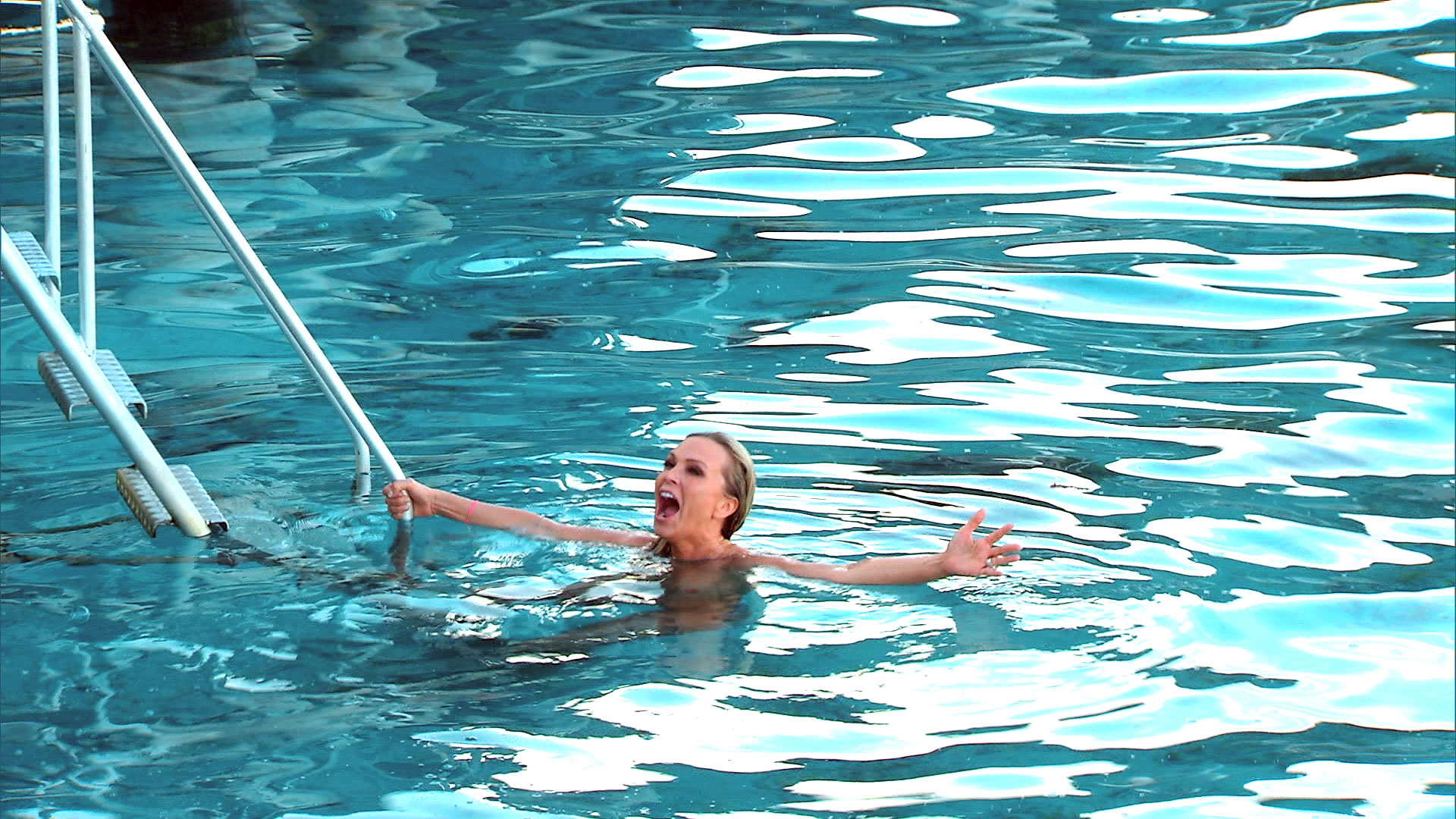 Sorry about the nudity, but with a view like that how could you not want to take your clothes off and jump in the crystal blue water?

SHOTS SHOTS SHOTS! FIREBALL FIRE-BUSH FIRE-BLAST whatever you want to call it...it was NOT Fireball! We kept asking our waiter for shots of FIREBALL. He clearly had NO idea what it was because he kept giving us shots of vodka with lime. Let's just say it did the trick.

Show Highlight
Let's Kiss on It 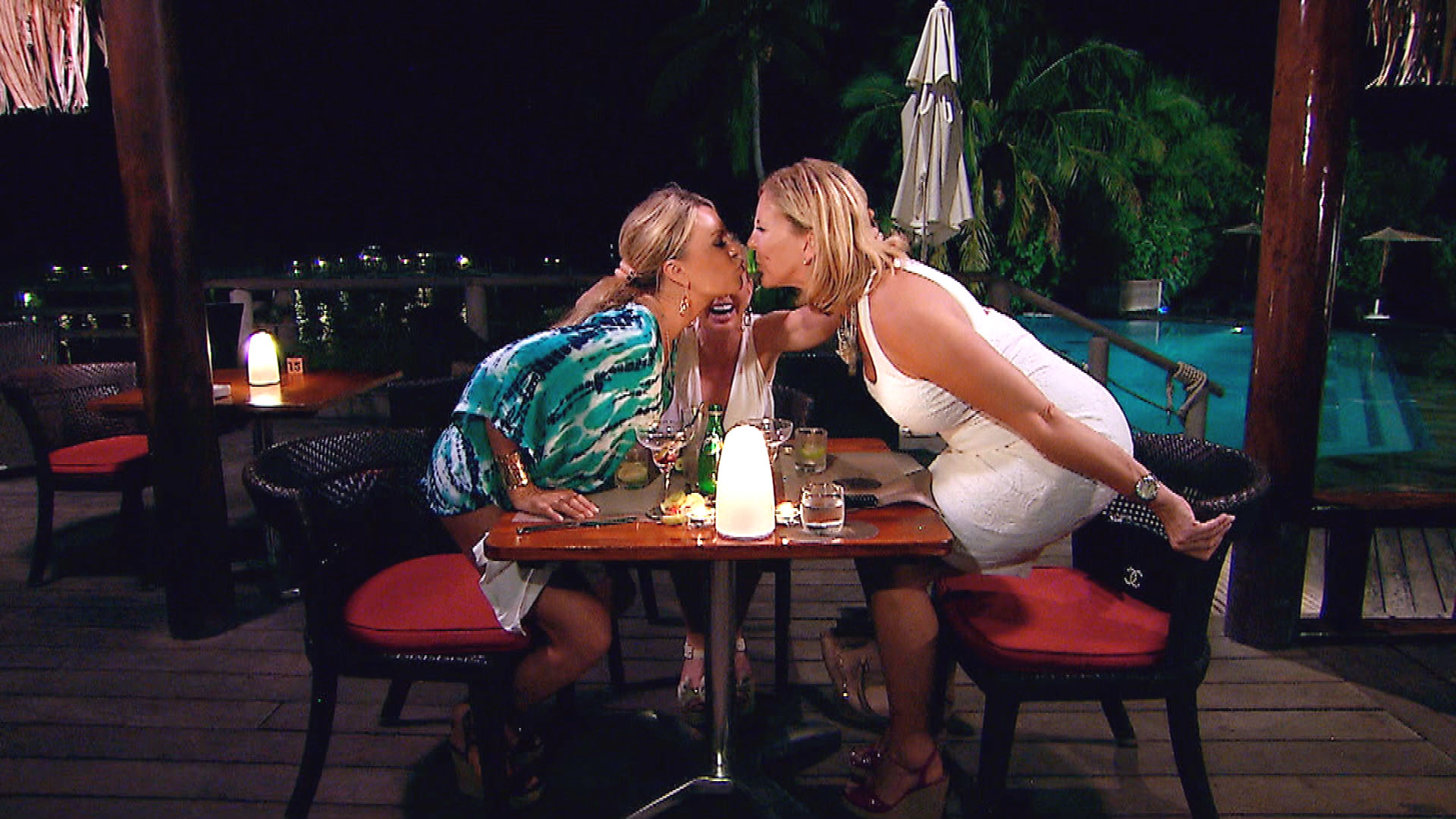 It was hilarious to see the separation of the three of us and how our night was going. We were determined to have more fun than the other three. Why? I have NO idea, but I think we succeeded. The best part was when the cell phone rang and we all started dancing. There were so many funny moments from that night that I will never forget. I have seriously watched that bar scene about six times now and I bust up laughing every time.

No surprise we ended up in the pool. Vicki knows how to end the night with a bang. I don't think I really peed in the pool, but who knows? Next week you get to see the aftermath of all those shots...NOT CUTE.

Every year I list my show clothes on eBay so if you're interested check them out here.

All Posts About
Tamra Judge
You May Also Like...
Recommended by Zergnet
Latest Posts