Call Me Like Everyday for the Rest of Your Life

Hello Costa Rican explorers. Welcome back to the jungle. I hope you've managed to keep your tiny trees in good shape and your monkeys at a safe distance. Let's recap our final days abroad shall we?

The Ghost of Interventions Past
We return to the table with Alexis and the ladies telling her that they like her for her, not her faux diamond ring. Alexis once again pulls Terry back into the fray, and mentions that maybe Tamra shouldn't be so rude, mean, and hateful either.

At this point Vicki does her best to pull a Chris Cocker ("Leave Alexis alone. We're all phony."). Gretchen tries to break it down to Alexis and find a plan to improvement, but it only serves to make Alexis more upset and drives her into her room. Gretchen, Mary Poppins-umbrella in tow, attempts to go and make good with Alexis, but it's not use. Gretchen finds herself in a difficult predicament as she sees both side of the argument, but from Alexis' perspective she's chosen her side.

Then, shocker, Alexis' next visit is from the ghost of lobster past (nothing works up a hunger like a vicious intervention) and Vicki! Vicki can relate because of her San Francisco intervention many moons ago. . .It wasn't the most heart-warming scene, but it was nice to see Alexis receive a touch of comfort.

The next morning, Alexis packs for her return, feeling anything but changed. Heather comes before the day begins in an attempt to apologize. Alexis is still hurt, but plans to do her best to enjoy the last few hours with the gals. Unfortunately the "five minute" ride is farther than they thought, and Alexis doesn't get a lot of time to hang. She does make time to thank Vicki for her room visit -- slighting Gretchen's appearance even further --and to briefly discuss with Gretchen the events of the eve prior.

This doesn't go well. Alexis can't understand the difference between how Heather spends her money and how Alexis does and sends up the defense.

Alexis wants to see the receipts for her "questionable behavior." Show her the receipts! And so, our Jesus Barbie leaves the island, surely with a bit of extra baggage.

She's Going Off-Label
But thankfully a calm beach and a cold bottle of champs are on hand -- as is the natural wildlife. Yes, a raccoon after my own heart runs for the bubbly as quickly as possible. That's not all in the ways of mammals. Before long Tamra attempts to teach Heather the ways of the jungle but as soon as the hazing begins, the monkeys descend on our fair gals.

Preview
Boobies, Booties, and a Monkey 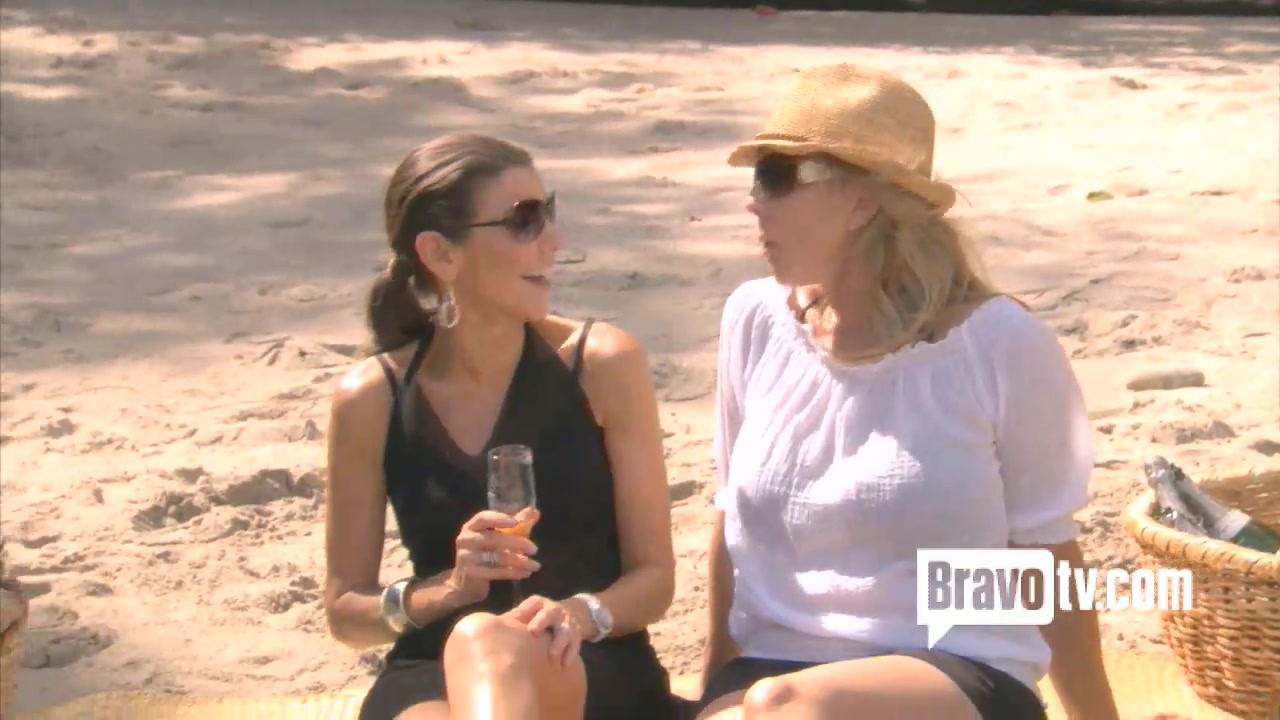 Como esta monkey? Gracias for not being a chimpanzee and not ripping Gretchen's face off.

Next, the ladies begin to leave their legacy in CR by planting a tree. Vicki is concerned with finding the sapling that has the "heartiest soul" (that's normally listed on the plant information next to where it says full or partial shade) and then she quickly realizes that they should plant a tree for Alexis. All that nature really brings Vicki to the brink of emotion and she quickly mentions, "you know what's going to be sad? One day when one of us dies." 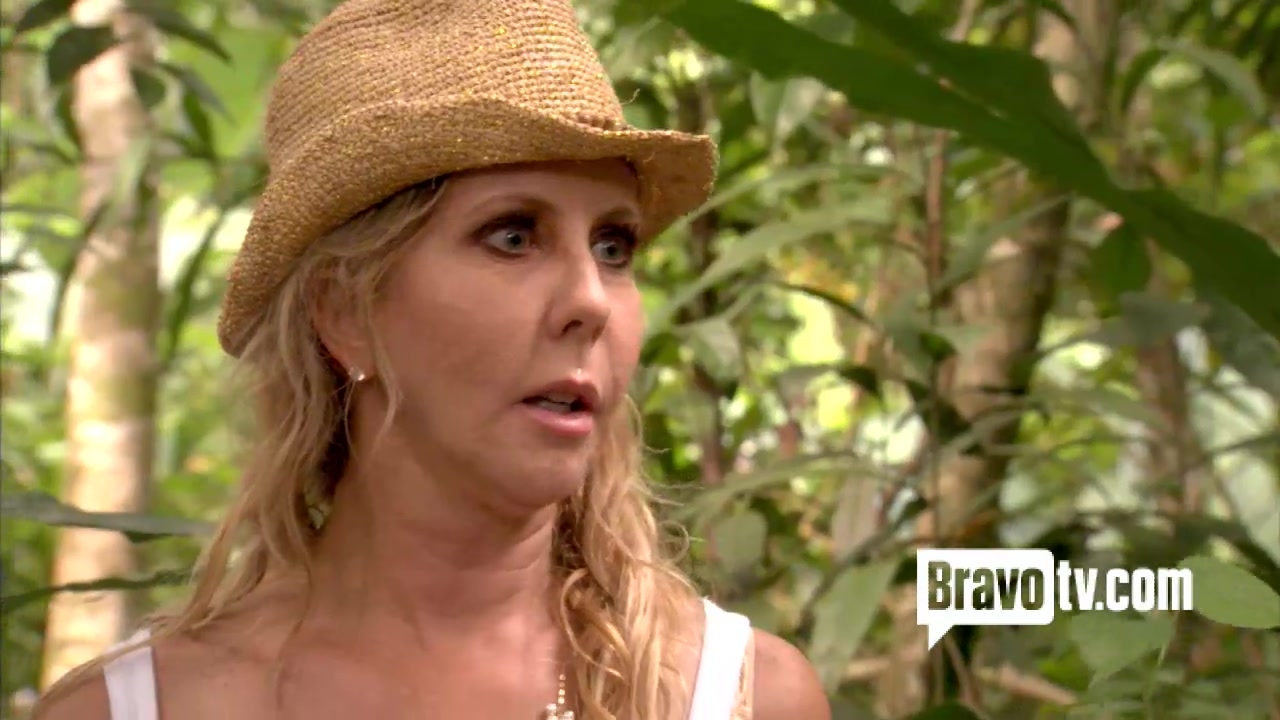 You can't say her statement wasn't accurate. Hopefully whoever goes first will have some fabulous Coto life insurance in place.

And then Alexis' tree collapses. . .Cue the Alanis Morissette.

The River Wild
The next day the ladies are off on another excursion: this time to white water raft. It's a little troubling that they're forced to take the trek without Alexis' life preservers, and Heather gets especially psyched out.

Of all the events we've seen Housewives undertake, this has to be one of the best. Between Vicki beckoning the boat closer, the discussion of piranhas, Tamra not wanting to get her shoes wet, and then the duct tape discussion, I was unsure if we would ever see our ladies leave port, er, rocky precipice. Please get in the boat -- raft. Just get in the raft.

Yet somehow it worked. They all lived. And Vicki even admitted it was scarier than her airplane jump. That's saying alot -- and I'm just saying it so I can once again link to images of that feat of daring-do. Afterwards the Vick-ster is especially emotional. You already made it Vicki! Enjoy your success at river.

Also, I'd be remiss not to mention my favorite line of the episode, Vicki's parting words to Heather: "Call me like everyday for the rest of your life." Your move Carly Rae Jepsen.

She's Come Un-Donn
Back on dry land, and with Heather off to Los Angeles, Vicki, Tamra, and Gretchen sit down for a drink. Perhaps it was the sun or the monkeys or not being part of the matching top club over drinks, but she's a bit unravelled. Vicki wondered if she'd ever stop crying. . .emphasis on ever. 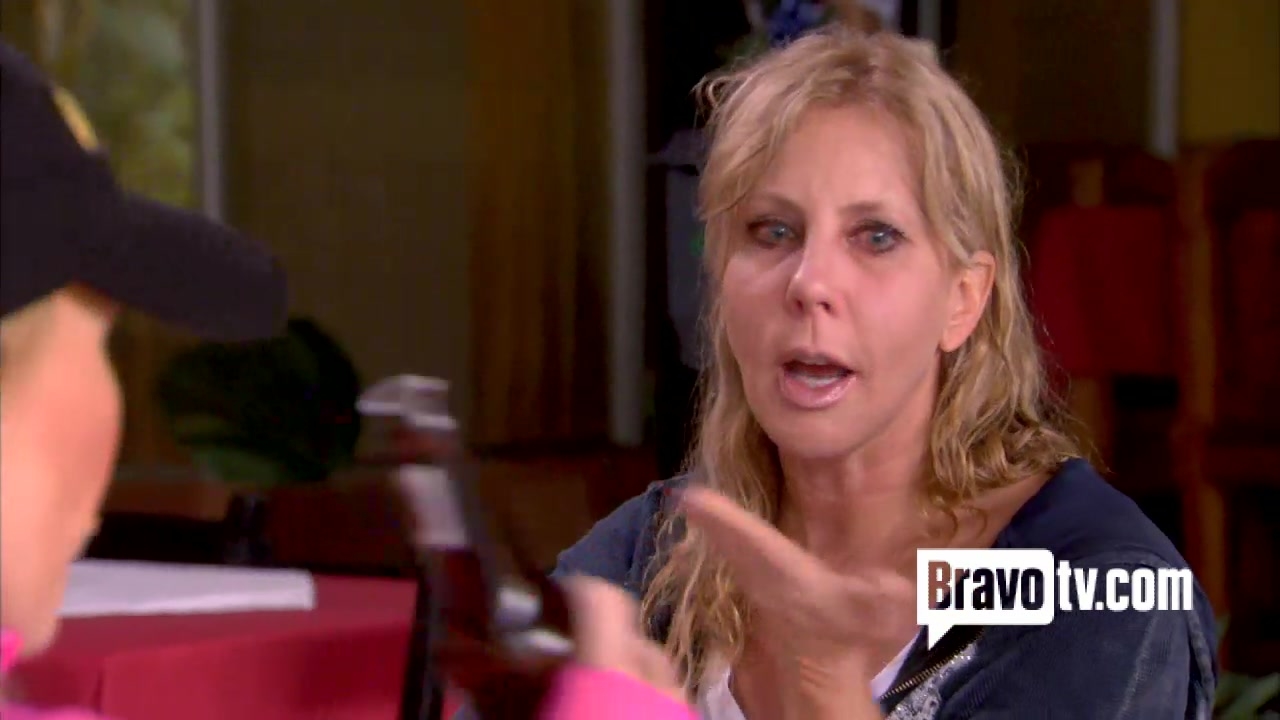 Vicki blurts out that she's worried Donn is going to be sad without her. Surely he will be (we'd all be), but it's super, super shocking to hear her speak of Donn while she's in the midst of the Brooks situation. It's just all too much -- the kids, the failed marriage before, Briana's marriage. She's just finally hit the breaking point. However, she has a blissful relationship to look forward to, and hopefully can find some solace in that.

Next week, the gang is back in Orange County -- except for Tamra who might be finding some major committment in Eddie in Tahiti. But before those two run into the sunset -- and before Gretchen and Slade duke out their relationship -- leave your favorite Costa RIcan moment in the comments. Comment on the blog like everyday for the rest of your life. Please.