Be Careful What You Wish For

The "bomb" was dropped on me this episode when Briana took me to dinner with Ryan who at the time I thought was just a "boyfriend." I had a feeling when we sat down, that something was up. My mind rushed with so many thoughts about what she was going to tell me. Some of them were: she was moving with Ryan somewhere, she was pregnant, or that she was enlisting in the military. I ruled out pregnancy because Ryan had only been home for a week from Afghanistan so that couldn't be it. When she told me she and Ryan had got MARRIED in Vegas I felt like I was in a dream. . .or more like a nightmare. I had only met Ryan one time before and that was before he went on duty. All the while he was on this tour I didn't even know that they were serious or even for that matter "in love." She told me she was nervous about putting both feet into their relationship because she didn't want to be crushed if anything happened to him while he was away. 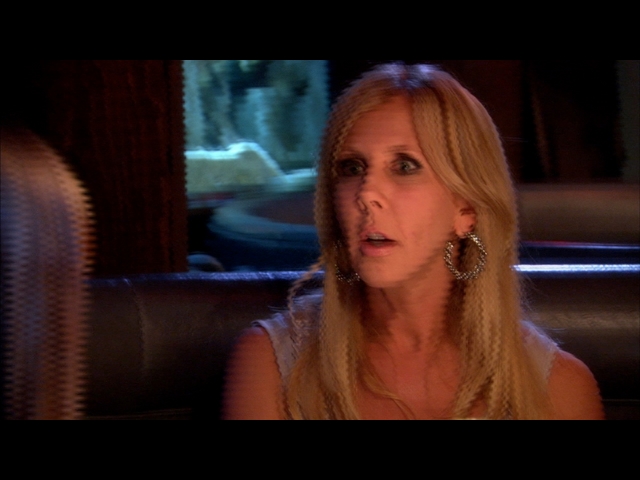 I left the restaurant after the "bomb" was dropped on me, went to my car, and broke down in uncontrollable tears. The tears lasted for more than a week. In my idle or quiet time. . .I would cry. In my busy time I found myself crying. It was all the time because I was so confused and sad.

This is not typical of Briana in any way, shape, or form, and I was worried that she may have just been vulnerable due to the health issues she had been dealing with for the past two years. I didn't tell any of my family members or my friends because I didn't even know how to begin to discuss it, and, quite frankly, I was embarrassed. All of my dreams for my only daughter's BIG DAY were taken away from me in an instant (and for that matter taken away from HER). More importantly, the family had not met him or his family. I knew very little about Ryan and now I had an instant son-in-law.

The days, weeks, and months that followed this October 2011 were very difficult for Briana and I. She justified what she did, said it wasn't impulsive, that they were happy, and that they didn't have any regrets. She told me that after her thyroid removal surgery, a scare with cancer, and Ryan's experience being at war, they both decided life was too short and this was the right thing for them. Ryan confirmed to me that he loved Briana and that they needed and wanted my support and didn't mean to hurt me or her family.

After a lot of prayer and soul searching I was able to look at the big picture and not be angry anymore. What's interesting is that when I asked God to completely heal Briana while she was in surgery, I also asked for her to be happy and to one day be in love again (as I knew she was worried about that). I had no idea that two weeks later God would answer those prayers with her getting married and not to have cancer. My new motto is: Be careful what you wish for.

Fast forward to January 2012 of this year, Brooks and I took Briana and Ryan to my condo in Puerto Vallarta and we had an amazing time. Since then, we have spent many double date nights together and the "new additions to my family" are blending together slowly, but surely. It's interesting that Brooks is from Mississippi and Ryan is from North Carolina. I guess Briana is attracted to the "southern charm" the way I am. Like mother, like daughter.

Speaking of Southern charm, Brooks, Michael, and I are in Louisville, KY, this week to attend the Kentucky Derby. This is the first time Mike will be at the Derby and who knows -- he may end up liking a southern girl too. Mike is playing the Celebrity Poker tournament, and the winnings go to the charity "Blessings in a Backpack." Mike is an excellent poker player, and I'm confident he will do great. We will be spending a lot of the time with Robert Williamson III who is our host for the Derby week, as well as attending many charity and celebrity parties.

As of today, we are now only a few weeks away from Briana and Ryan's big wedding celebration/ceremony. Briana picked out a beautiful vintage off-white lace formal wedding dress from Erin Cole in Costa Mesa, and we have invited our closest friends to witness their union. My entire family and friends are coming from Chicago and I couldn't be happier for Ryan and Briana. I will meet Ryan's parents, sister, and his close friends the day before the wedding, which I am very excited about. They have also recently bought a home less than ten miles from me, and should be closing on it in a month. I am so happy for Briana and Ryan as they are very happy, which makes me happy.

This week, you saw me taking Brooks through my home that was for sale. I am happy to say it finally closed and we are all done with that chapter of my life. That was such a unique home, and I had so many ideas for it, but I realized I have to put it in my past and keep moving forward.

Gretchen's performance with the Pussycat Dolls was very good. I was so proud of the fact that she could get up on stage and do something like that. When I told her I was sorry for the fight we had, I truly meant it. It was so uncomfortable that she wouldn't say she was sorry too, because the fact of the matter is -- we were both to blame for the outburst. Not just me. If she truly felt that fight was all my fault, then let her. I'm not going to loose sleep over it. I never went after Gretchen for Slade's past issues, just the way she shouldn't have gone after me. If she has something to say to Brooks, then she should have taken it up with him. My life is not filled with this type of toxic energy or people, and I'm not going to allow her to intimidate me to think I'm always the bad guy.

At the end of the day, I'm proud of Gretchen and, for that matter Alexis, for branching out and trying new opportunities. I believe as women, we have to support each other's strengths and weaknesses' and not look for ways to break people down.

I've got to get going to the Derby Parade right now. Hoping you all have a great week.

Don't forget to check out Tamra's and my new Wines By Wives Club at WinesbyWives.com.

Also, thank you all for visiting my website at VickiGunvalson.com and entrusting us with your 401k/IRA rollovers or life insurance needs. Visit us at CotoInsurance.com.