Yes, I am an intense person. I admit it. I work hard and I play hard. When I hurt, I hurt hard. To say this year was the toughest year of my life, is an understatement.

So much had happened (far too many things to explain and much more than you have seen on camera) that I was ready for a trip far away with the girls. I was really hoping I could leave my emotions at the curb and not bring any tears on the trip. Briana's elopement had really put a strain on our relationship (as this trip was only one month after her surprise marriage in Vegas). I felt it would be good for me to get away for a few days, hence planning the trip to Costa Rica. I wasn't so fortunate however, as my emotions and tears found their way there. One thing I felt was going to happen was either I was going to burst out laughing or turn into a blubbering idiot. Either way I knew it was going to be a tough trip for me.

This week in Costa Rica, I was having fun -- or at least attempting to have fun. I didn't go there to be moody or to fight with anyone. I just wanted to have fun. The girls couldn't stand that I was having fun, because, as I said in the episode, I think they were used to me being "Debbie Downer" and they didn't know what to do when I was acting silly and happy. Whether I really was "happy" or just faking it that trip, either way, I wish they just encouraged me instead of making me feel like a fool. Didn't you notice?

I was very surprised that Tamra made those comments about me saying that I was a hypocrite. I guess she found a way to insert it into a "game we were playing" so she could piggy back what Gretchen had said earlier to me this year. In fact, I couldn’t believe it as she knew how hurtful it was to me when Gretchen called me that. Tamra was very distant to me the whole trip, and I could sense that she was really making an effort to be with Gretchen more than me. I felt like I was in competition with Gretchen and then I stepped back and thought…am I in grade school? Why can’t we ALL be friends? I felt Tamra pulling away from me not only on this trip, but long before it. It's been coming for awhile now and I still don’t have an answer from her as to “why.” I love Tamra, and just wish it was normal between us, or like the old times. Somehow we have gotten off course and I don’t get it. 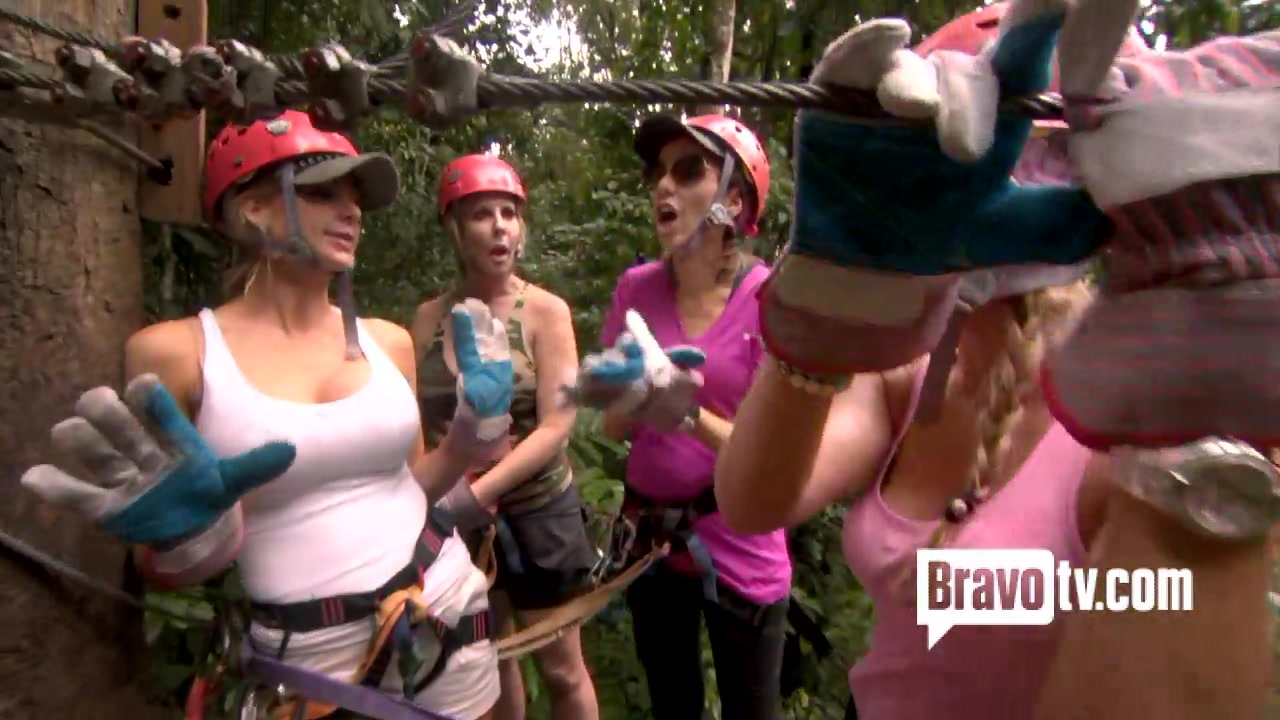 I really don't like being around arguing, fighting or even calling people out on "who they are." I just don't think it's anyone position to do that. We all have "issues," and it was very hard for me to see everyone gang up on Alexis. In fact I had flashbacks to how it felt when it happened to me a few years ago in San Francisco. There's really no other word for it than "it sucks!" 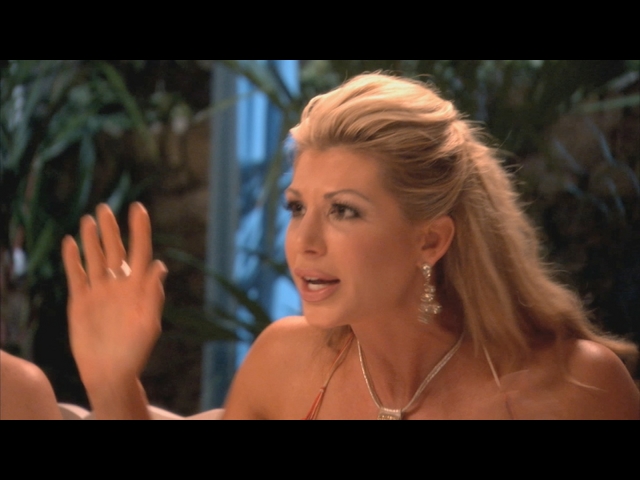 I am the one usually in the middle of the tension -- or the target for the tension. I felt really bad for Alexis. I mean what was she to do. . .just sit there and agree with all of them as they are bashing her? It was brutal not only watching it, but also being there and really not doing anything to help her out. I felt no matter what I did I was going to be brought into it somehow. No matter how strong one is in their life -- business or personal -- nothing can compare to the hurt one feels when their friends all turn on you. I know that feeling and I am stronger for experiencing it -- I guess. I hope Alexis gains the strength from this pain and I hope she will come away from this hurt being a stronger and even more empowered woman. I really like Alexis and I think she has all the potential for her own greatness. In fact, I love all the girls. I just wish we could get to a place where we all can be friends and it's not so divided. It sure would make life easier.

I ask myself a lot what is it about women that puts us into this drama that we do to ourselves? Do men do that to each other? Do men go on a vacation and talk about their wives out loud? Do men call each other pretentious and fake? I don't think so nor have I ever heard it. I think there is something to learn from men in this area. Now don't get me wrong, I am so glad I am a woman -- but there are times when I wonder will we as women ever settle down with each other and start encouraging one another instead of breaking one down? What would it be like if we did?

I believe women must help each other more. I do believe this with all of my heart, and I mean it. This weekend I am appearing in Las Vegas where I am the keynote speaker for Women in Business. I have been working on my speech for weeks now, and every time I have something great to say, I stop and reflect how that "life lesson" has influenced my life. I am blessed to have the knowledge to help plan one's retirement and financial future but finances come ALWAYS after people. People and family first. Women first! One of the most important gifts we as women can give each other is respect. Don't you agree? That's what I want to say to the audience and to all of you. Let's respect each other as women. We can support each other and always offer words of encouragement and comfort and I'd like everyone to start now. Heck, what do we have to loose?

Some of you have commented me on the bumps on my skin and Brooks. I wanted to address both of them, so as to put those comments to bed. I have struggled with cystic acne since I was in my early teens. There have been some years which have been better than others. Unfortunately with stress, it gets worse and Lord knows I've had my share of stress. I have now been under the care of two physicians' (including Dr. Terry Dubrow) and my skin is finally clearing up. It's been a struggle but I can finally say it's at least improving. I'm not 100 percent there yet, but it definitely is improved from last season. I'm very self conscious about it, and am trying my best to look the best that I can. Unfortunately clear skin has never been in my cards. I'll be filming the reunion show next Tuesday, so hopefully it will be OK for that. Wish me luck on that by the way, I'm hoping it doesn't turn into a blood bath.

Now onto Brooks. If I could have foreseen into the future, I would have shielded him from the show. We had no idea how the others, including my daughter, would have been towards him. I would have had him be like Kim from RHOA "Big Poppa" and invisible. Most of you have been extremely encouraging and sweet to us, either on the internet or when you see us face to face. But there are some who are just plain nasty. Brooks has been put thru the ringer, and he doesn't deserve it. He is kind, sincere, and is my best friend. At the end of the day, he is human and deserves respect. I love him, we are taking our relationship slow, he makes me happy, and we enjoy each other very much. Isn't that enough?

In closing, I hope to see some of my RHOC audience at the Women in Business Conference this weekend in Las Vegas. I am ready for this weekend and am excited to be the face of this amazing organization. I always enjoy the Q&A -– and I will definitely think of all of you when the questions are asked about the other ladies the drama. I say "Bring it on." Woo Hoo! For more info go to NVWomensMoney.org.

Remember to visit and "LIKE" my Coto Facebook page. Also don't forget to visit my website at VickiGunvalson.com for insurance information or information on any 401K/IRA rollovers.

Have a great week!