Gretchen's Rolls Royce from the Heavens

Hello my little Hotties in Cleveland (and really anywhere). Are you praying to God that a Rolls Royce drives your way? Or are you just hoping God curtails your mother's pot-smoking ways? Let's recap all those issues here shall we.

Family Affairs
We open with Terry starting his Dr. Mom duties. First of all I love that one of the members of Dubrow brood is up and dressed waiting on his dad. That kid is a go-getter. So far so good. If only all the tots were this easy, Terry wouldn't have put up a fuss in the first place. Thankfully for Heather, the job is a cinch. I mean the woman is a professional. If she's half as funny as she is in real life, she is born to nail this guest role. And no surprise: she kills it at the table read and has plenty of new friends to talk to at lunch. (Aww, sweet Heather, who wouldn't want to talk to you?)

Meanwhile, as Heather has Terry, Tamra has wrangled some assistance of her own -- Lauri. Yes, that Lauri. She's looking at rings for she and Eddie and decided to call in some reinforcements from the way back machine. Coincidentally, both ladies are on their third marriage. Three seems to be doing well for Lauri, so here's hoping it's the same for Tamra. Things are great for Lauri, which is so delightful to hear. Also Josh is married! Crazy sauce!). But not delightful for Lauri to hear about is anything Vicki-related. Lauri's years with Vicki lead her to believe that Vicki tried to sabotage things with George and that Vicki's misery loves company. But what about Vicki's happiness? Is it also a fan of piling on?

Speaking of happy people, Lydia and her mom are hanging out making a photo album and talking about blazing. (That sentence is not exaggerated.) Lydia's mom discusses the days when she was smoking copious amounts of pot (as opposed to just the occasional puff). Lydia's upset that she didn't have a normal mom, and she wants her mom to be healthy and stick around. Judy just wants to live in the land of the bunnies. To this I ask you readers: are bunnies the official animal of pot-smokers? I would have always thought turtles, but what do I know? 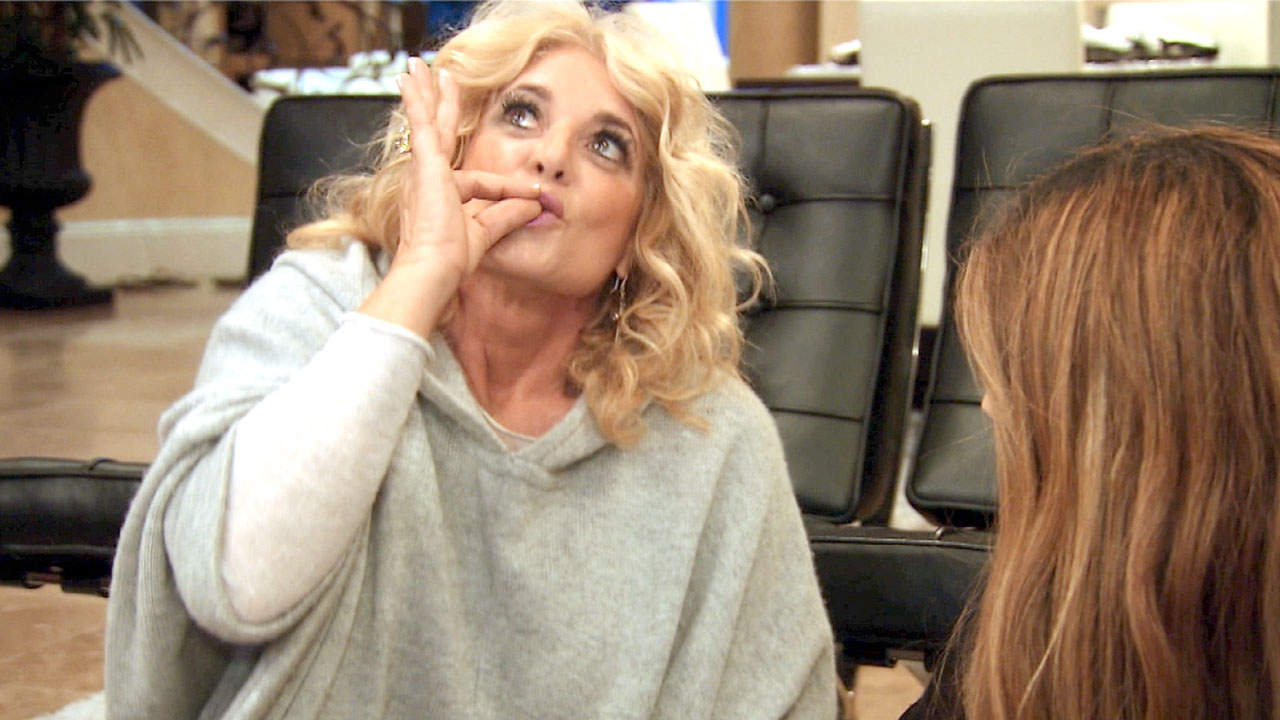 Meanwhile, Alexis is also working on her self-improvement. After her turn on General Hospital she's taking a class to better her acting career. She's channeling her inner Tom Hanks. She's learning the differences between paragraphs and speeches. She's going method and not wanting to change tires. Kudos to you Alexis. And don't let your acting class chide you about picking an Olsen twin movie for your flick of the week. Those twins have double the acting prowess of a lot of people.

A change of tires also happened to Gretchen, though not exactly the same way. Slade gifted Gretchen a Rolls Royce and her shock at the moment rivals every episode of My Super Sweet Sixteen I ever seen. "What do you mean that's my new car?" Also, yes God. God himself went to the dealership and gave this to you. He's quite the haggler.

Cleveland Rocks
And so the big night finally arrives. The gang heads down to LA to see Heather's taping. Everyone's there, even Vicki and Tamra -- though Vicki is zipped up so no worries about this going poorly. As Lydia said, Heather rocked it. Sadly Gretchen and Slade weren't around to see most of it, but the did catch some parts here and there. . .

Let's skip right to talking about Heather's bad bangs line. Can we all integrate that into our daily vocabulary? It's a real useful turn of phrase -- particularly with this crowd.

Over dinner, things seem to go surprisingly smoothly. The Rolls Royce conversation sort of smooths over, and then Lydia brings up the bitch moment from the vineyards (real subtle Lydia). Tamra just wants the old Vicki back and Vicki just wants Gretchen to close her mouth and stop talking about Tamra's friendship bracelet. Personally I just want everyone to keep wearing those pig police officer sunglasses.

So what'd you think people? Did you enjoy the Housewives in disguise? Are you ready for Tamra to bare her soul next week? Would you let God buy you a Rolls Royce? Leave it in the comments kiddos!