Hold Up: Gizelle Bryant Channeled Beyoncé's Homecoming Hair, and the Result is Epic

Show Highlight
Gizelle Bryant on Meeting the Other Housewives 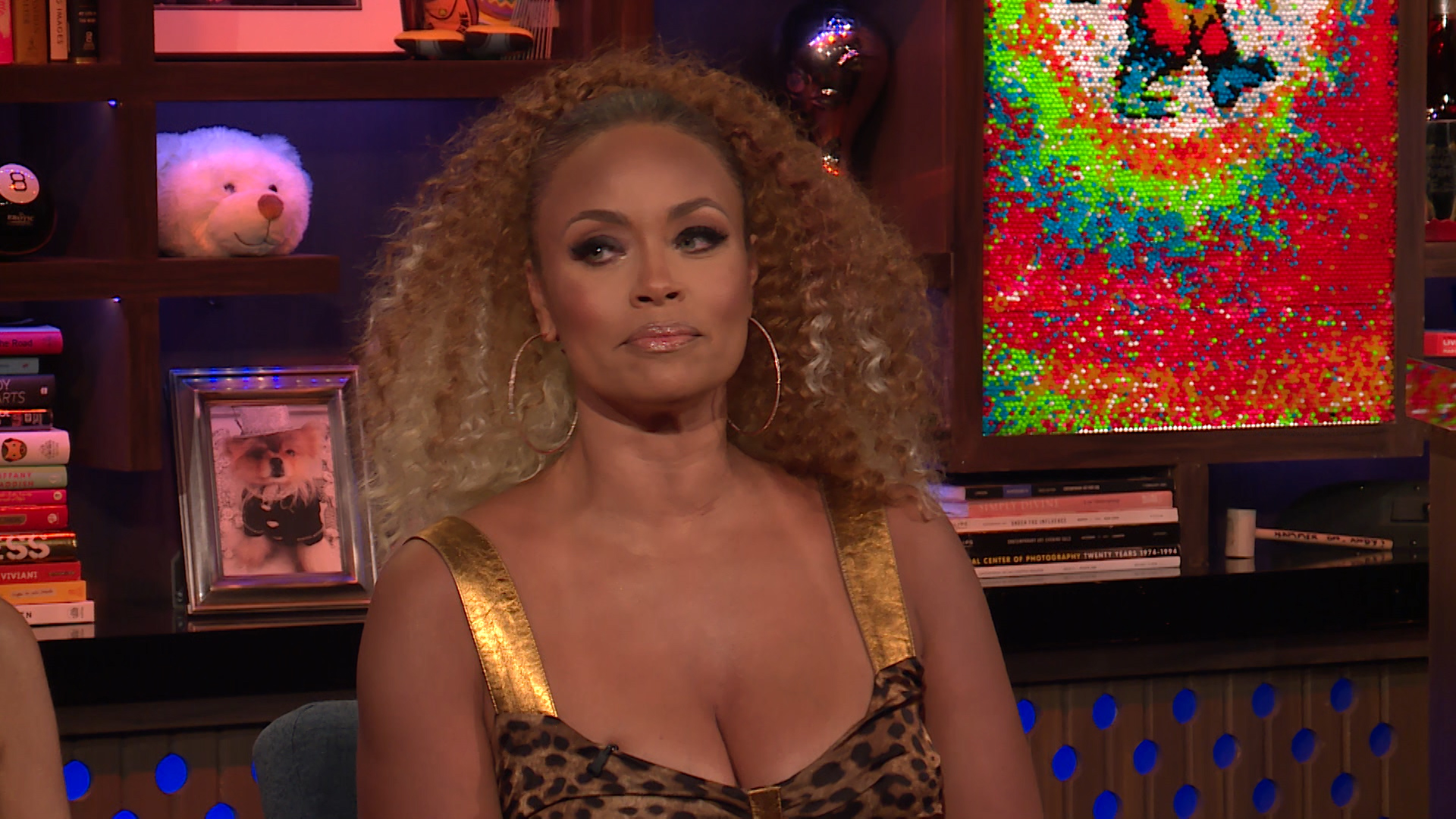 Forget Becky with the good hair — can we talk about Gizelle with the good hair? The Real Housewives of Potomac's Gizelle Bryant stopped by Watch What Happens Live with Andy Cohen last night, and her eye-catching hairstyle gave us major Beyoncé vibes. Unless you've been living under a rock, you'll know that Queen B recently released Homecoming, a documentary that gives an intimate look into her preparations for her epic Coachella performance in 2018. Aside from her strict diet and intense rehearsal schedule, we also got to see what went into creating her iconic stage look: her flashy costumes were accented with long, curly hair that we thought only Beyoncé could pull off... until now.

Gizelle came to slay the Clubhouse in a bodycon cheetah-print dress accented with gold straps and massive gold hoop earrings. But the real star of the show wasn't her outfit; it was her Beyoncé-inspired locks — and Andy Cohen noticed the resemblance.

Just as the show began, he called attention to the EveryHue Beauty founder's Homecoming hair, but don't be mistaken. While Gizelle may have been inspired by Queen B, she fittingly dubbed herself "Geyoncé" in response. See the stunning look for yourself, below.

We only have one word: flawless.

Gizelle Bryant Is Obsessed with Marie Kondo-ing Her Drawers

Margaret Has an Interesting Way of Getting Reunion-Ready