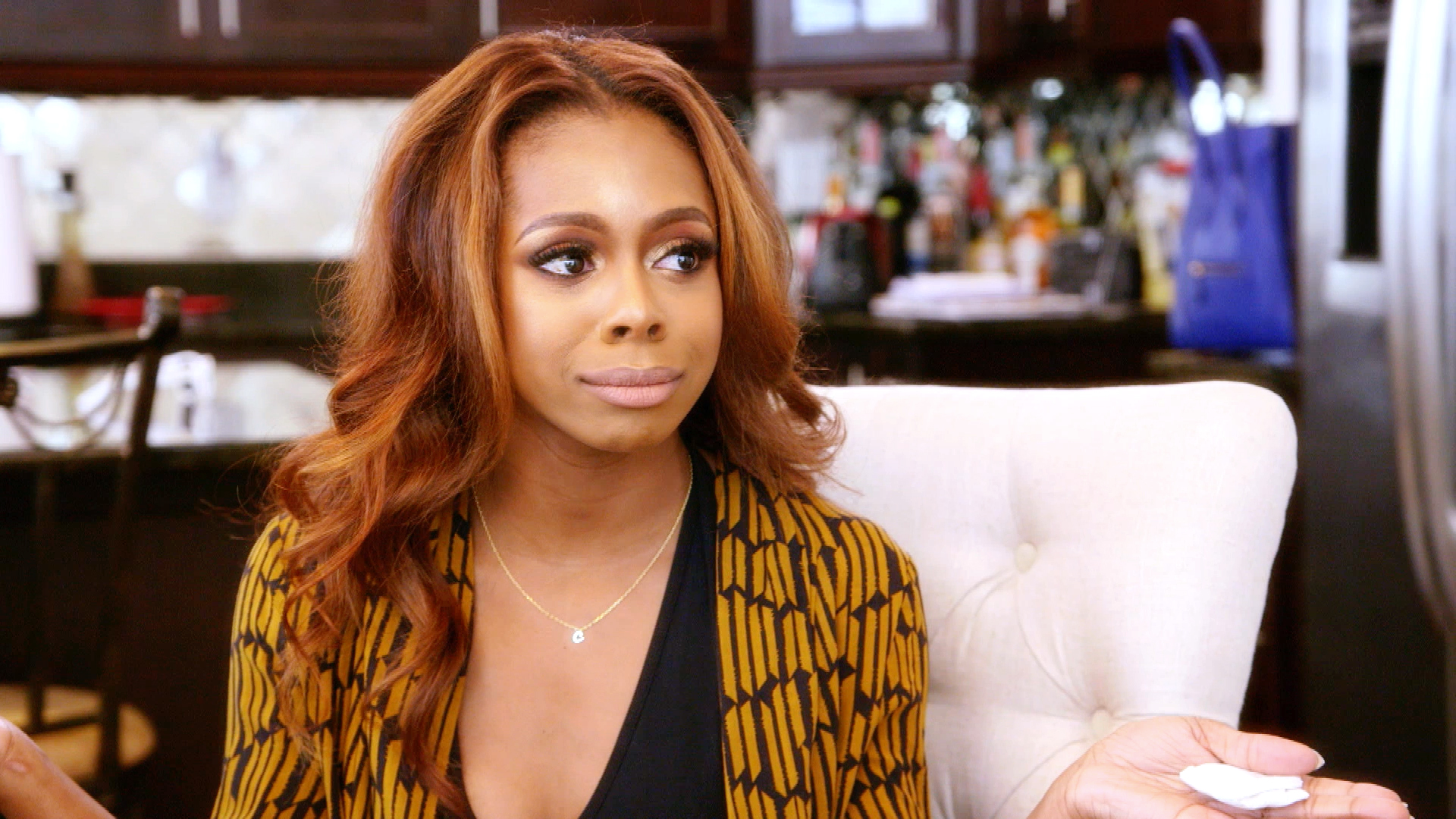 The Real Housewives of Potomac’s Candiace Dillard was supposed to be so happy leading up to her wedding. Instead, she got caught up in a fight with her mother, Dorothy, over who should — and shouldn’t — be invited.

On the Season 4 premiere, Candiace sits down with her mother down to break the news that Candiace had invited her half-brother, Michael, to her big day. The problem with this is that Dorothy’s ex-husband Walter had fathered Michael with a woman he cheated with behind Dorothy’s back when they were dating in college. It was 40 years ago, but still, she’s not happy about it. Michael remained estranged from the family for years before reconnecting with Candiace.

Candace said says while she doesn’t “want to add stress to either of our plates,” she has to explain her decision. “There’s one guest coming that I’d hoped you’d be OK with,” she warns her mom.

Dorothy replies, “Dad cheating and lying, that’s what you’re bringing into this wedding now,” adding that Candiace is just “chasing after his illegitimate children.” Making it even harder is the fact that Dorothy supports her financially.

“You can be mad at my dad … but it’s not fair to be angry with someone who had no choice,” Candiace tells her. “It was almost 40 years ago.”

But she explains that whenever she’s brought up her half-brother, her mom has gotten angry, because he reminds her of the pain she went through after her now ex-husband cheated.

What if you're caught in the middle of old family grudges when sending out invites to a special event?

"When it comes to your wedding day, the bride and groom have the final say," explained national etiquette expert Diane Gottsman. "Many families have some sort of conflict, like a disgruntled sibling, an unhappy ex-spouse, an estranged brother, but personal conflicts should not cloud the celebration."

"Unless the bride or groom is directly affected, then the choice to invite that person, or not, would take precedence," Gottsman added.

If you do have a family feud going on, it’s up to each guest to decide whether or not they would like to attend.

"In the case of an immediate family member such as a parent or a sibling, it’s often best to take one for the team. You don’t want to be the one to ruin the bride and groom's special day," Gottsman said. "As long as the family member knows the other family member will be present (no surprises), it’s the guest's responsibility to act appropriately. No one should cause a scene at someone’s special event."

If both parties do come to the event, the bride and groom should make sure that the family members are separated when it comes to designated seating. "But it’s up to feuding adults to behave themselves for the sake of family goodwill," Gottsman explained."You don’t have to go out of your way to speak to the family member but you certainly should not cause a scene."

If, however, one of the disgruntled family members is paying for the event, they have a right to voice their opinion, like Dorothy. "It’s up to you whether or not you you want to risk losing their financial support," she added. "A perfect scenario would be everyone choosing to get along for the sake of the bride and groom. Or, at least stay on opposite ends of the ceremony and reception area."