Candiace Dillard: My Eyes Are Open 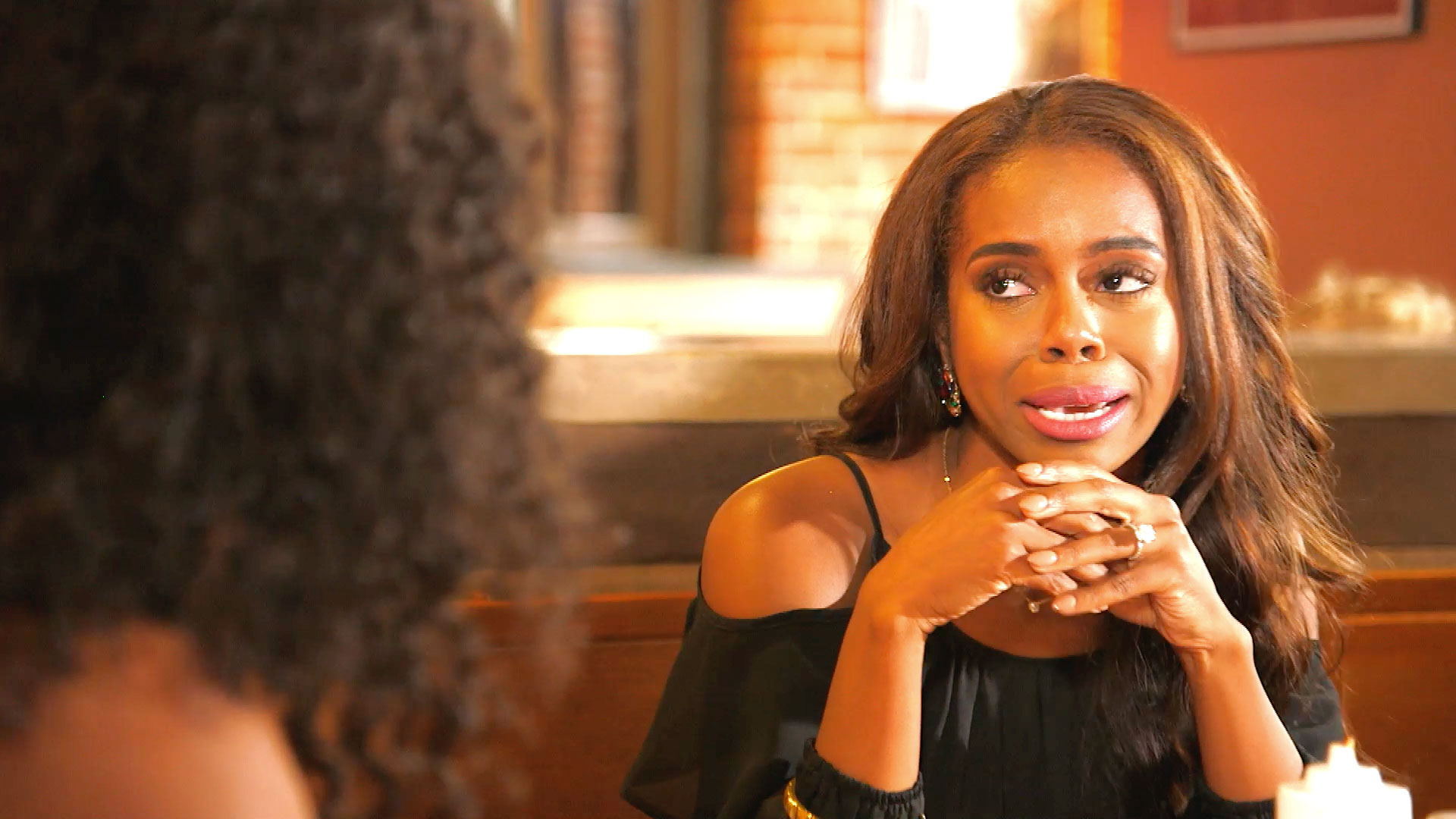 Bravotv.com: Tell us about the rest of this clash on the street and how you were feeling when it ended.
Candiace Dillard: Truth be told, I was busy partaking in libations and enjoying myself before we were evicted from the premises like the hooligans we resembled and I don’t even remember much of what took place in the street fight. Watching it back now though, it looked to me like “Pinky and the Brain” were trying to push Monique’s buttons...Robyn was the wind up toy and Gizelle was the turn-key operator. Unfortunately, it worked. It’s disappointing to see a group of friends carrying on like they were. Getting to a better place should be everyone’s goal going forward because as friends, this is pretty low.

Bravotv.com: What do you think about Monique breaking down after that clash about thinking she met real friends? Did you realize she was so hurt at the time?
CD: I definitely wasn’t expecting to see her cry at that moment! I thought I was going to be the only waterworks friend in this group, lol. It was very telling to see Monique break down with Charrisse. It was a moment of insight into a genuine, human person who truly thought she was making real connections with real people. I really felt for her as I doubt Ashley was thinking at all about how her irresponsible mouth and recklessness would affect Monique. So much of my time getting to know these women has been a lesson in observance. The litmus test on character has a lot less to do with how they treat me – a newcomer for most of them – and a lot more to do with how they behave with the people they know and trust will have their best interest at heart. I’m not making any sudden moves but I’m definitely taking note on the way some of them treat one another. It makes me sad to see...but my eyes are open.

Bravotv.com: What was it like having to share this information about Chris’ children with you mother? What is it like watching it now?
CD: I don’t get nervous. Working in politics and pageantry have taught me to harness anxious energy and do away with nervous energy; but here, I’m nervous. Like, about to pee on myself, heart palpitating nervous. It felt like all of the effort that had been put forth to create real, genuine, loving bonds between my best friend and soon to be husband and the matriarch of my world could come crashing down with this one very heavy nugget of information. All this work to keep Chris from being judged by my mom, and what if she judged him anyway? What if she isn’t able to accept his truth? Family is my foundation – the family that raised me and the new family I am building with Chris – and the thought that those structures could even be a tiny bit compromised was shaking me.

Bravotv.com: Tell us about watching Chris break down and your mom giving him advice/wisdom?
CD: When you love a person and you decide to make them your life partner, you don’t always anticipate how much of their emotions you take on (at least I didn’t). There are literally no words to describe how it feels to be sitting next to Chris and literally WEAR his angst and not be able to make it better. I constantly feel so helpless for him and my stepson because I know there is no one easy answer to make it right. It hurts. It makes me intimidated of the future. Hearing my mom offer comforting words is therapy on so many levels, though: it liberates me from my secret but it also comforts me knowing that she accepts it and Chris AND us in spite of. And chyyyyleeeeee, having this weight lifted off of  me –  the only word is RELIEF. I HATE the unknown. Waiting to hear my mom’s reaction was all of the unknown for me. I suppose deep in my heart, I knew (hoped) that my mom would be okay with the news but I had worked myself up so much, I was in a mental frenzy. So to be released from that mental state with a nod of approval (or at least non-judgment) was everything.

Bravotv.com: What do you think about Ashley’s apology to Monique and that sit down in general?
CD: I’m an optimist at heart so I want to believe it’s genuine. Ashley really lays it on thick with her “deep” apology and lamentations about wishing she could take back what she said…just to punctuate her remorse with another dig??? “Make no mistake, I made no mistake.” What the hell is that? I just need someone to help me understand what twilight zone Ashley lives in that she thinks she going to maintain long term friendships going in on people like this? It all feels like one large deflection from her own heavy baggage. It’s like some stage 5 Bag Lady foolishness with this girl! She missed the bus, so now she’s just out here whacking everybody with her messy luggage in retaliation. Let it go girl...pack light...

Gizelle on That Hair Salon Break Down

Ashley: Where's Rihanna When You Need Her?