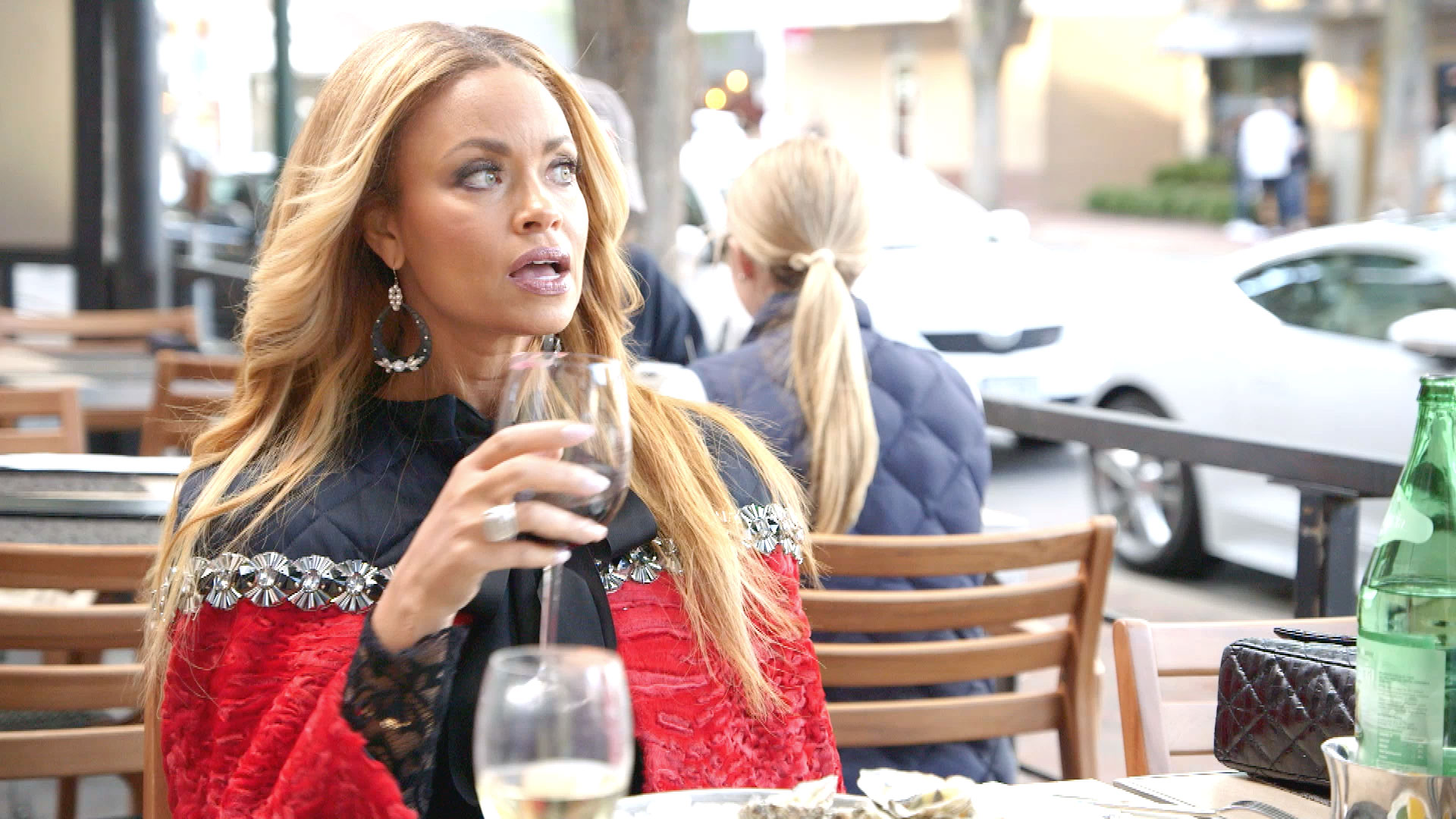 BravoTV.com: What do you think of Karen Huger’s conversation with Kyndall and Candiace Dillard at the spa?
Gizelle Bryant: Karen is a master at telling her version of a story. However, what she has not mastered is making any sense or telling the TRUTH. She attempted to talk about me as if she cares but we all know that's not true either. Next time she just needs to concentrate on the fish nibbling on her bunions.

BravoTV.com: What were you thinking going into this sitdown with Karen? Please tell us about these drunk phone calls!
GB: Typically when Karen and I sit down one on one we are able to get to a happy place. There's going to be shots fired and a comedy show but in the end we make it to a level of respect and friendship. So I am always hopeful. Karen's calls in the middle of the night are nothing short of Tales from the Twilight Zone. You don't understand anything that's happening but you dare not miss it.

BravoTV.com: Walk us through this conversation – what do you think about what Karen was saying about you not being a good friend?
GB: Karen is STILL mad about the tee shirt. This is something that we had put to bed months ago. If she wants to hold on to the tee shirt issue until her dying breath she can go right ahead. However, she will be doing that all by herself. I have apologized and moved on.

BravoTV.com: Did you have any idea the mime was from Monique Samuels – what were you thinking when he wouldn’t leave? Did you find out eventually? (this was hilarious!)
GB: Let's talk about the most jackleg, second string, bootleg version of a Mime that I've ever seen. I thought he was homeless and he was looking for money or food. Once he was behind me I was two seconds from punching him. It was by no means a good way to invite me to the corner bakery let alone Cannes, France.

BravoTV.com: Tell us about this conversation with Monique at OZ - why did you decide to go to France?
GB: Monique inviting me to Cannes so that we could "see another side of her" makes absolutely no sense, if you can't be nice in Potomac I'm clearly not interested in flying to another country to see if you can be a decent human being. I felt like France was a perfect opportunity for me to kick it with Robyn Dixon and see how many flower dresses Ashley Darby packed in her suitcase.

All Posts About
Gizelle Bryant
Related Stories
The Daily Dish

Will Gizelle Ever Get Back Together with Sherman?

Candiace Didn't Invite One RHOP Pal to Her Wedding