Monique Samuels: I Think Robyn Has a Hard Time Believing People Actually Like Me 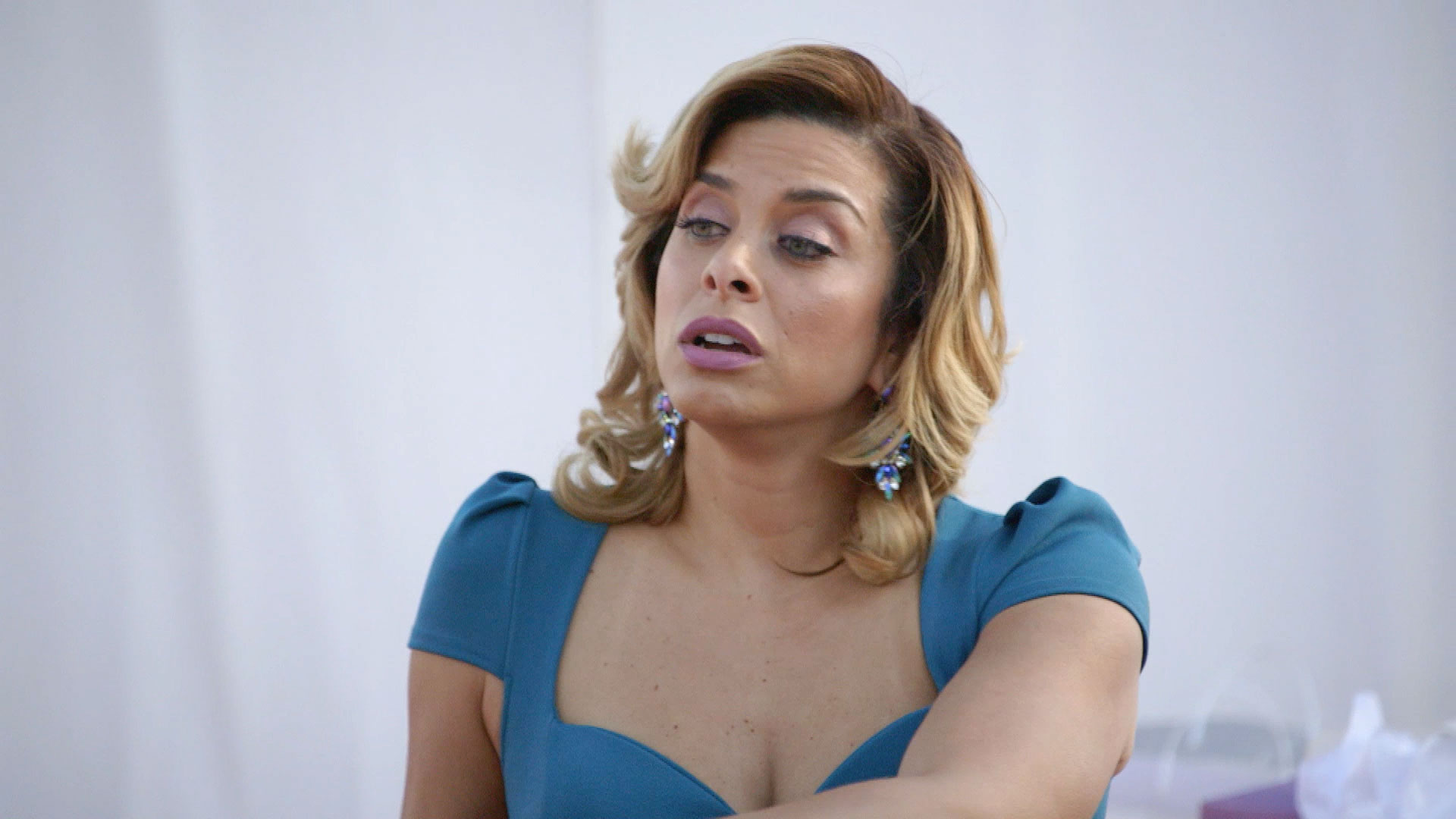 Bravotv.com: Tell us about this double booking with Robyn - what do you think about her not wanting to invite you?
Monique Samuels: All of the women in this group have events and other obligations all of the time. I was totally unbothered by the double booking and her not inviting me. For once, we were on the same page, as I had no intentions of inviting her to my event as well.

Bravotvo.com: Did you feel like it was Charrisse choosing you over Robyn?
MS: I never felt like Charrisse was choosing me over Robyn. That mindset is one that you lose after grade school and you realize there’s a difference between right and wrong. Robyn was wrong in this situation, and I was right. Simple as that. Charrisse, who knows both of us, has always been a voice of reason when it comes down to the issues between Robyn and I. There have been times where Charrisse has even told me I was wrong about Robyn’s position and my response was never, “You’re taking Robyn’s side.” Rather, I would trust that she knows her friend more than I do and assume she was right.

Bravotv.com: What do you think about Robyn saying it sounds like you just bought tickets vs. her actually throwing an event?
MS: I wasn’t surprised to hear Robyn, once again, speak about what I supposedly paid for. Every time she mentions my name, she includes what she assumes I PAID for. I must be really rich to be paying for invitations to charity events, fan pages, friends, and everything else she says I pay for! LOL! I think Robyn has a hard time believing people actually like me and want me to be a part of what they’re doing simply because she can’t see beyond a coin. Every time she speaks, it has to do with finances she wants, finances she lacks, finances she once had, or other people’s finances (namely Karen and I). I really hope she can forgive herself one day for her past financial decisions so she doesn’t have to continue living as a prisoner of her past.

Bravotv.com: Tell us about sharing this story about Sherman with Ashley - what were you thinking when you first heard it?
MS: I don’t have many regrets in my life, but this one I absolutely regret! I HATE that I shared this story about Sherman’s past with Ashley. That was just plain MESSY and there’s no excuse for my actions. Point. Blank. Period. I heard the story of his infidelity from his ex-wife a year prior to telling Ashley. I think I got caught up in the moment of story sharing and gossip and totally allowed that to cloud my good judgment. I totally owe him an apology.

Bravotv.com: What are your thoughts now watching Gizelle talk about her break up with Sherman?
MS: Quite frankly, I was hoping Gizelle and Sherman stayed together because she’s a lot nicer and less opinionated towards me when she’s in a steady relationship with a wealthy man. All relationships go through growing phases and I feel like she’s throwing in the towel without even trying to fight for him, if he’s truly what she wants. It seems as though she’s allowing her past to prevent her from giving all to the relationship, but yet, she’s requiring him to give her his all. Unless she’s not giving us the full story. I would love to know Sherman’s side of the story. Is she breaking up with him? Or did he actually break up with her?

Monique Samuels: I Went for the Jugular Because I Was Upset

Karen Huger: Monique Does Not Deserve This