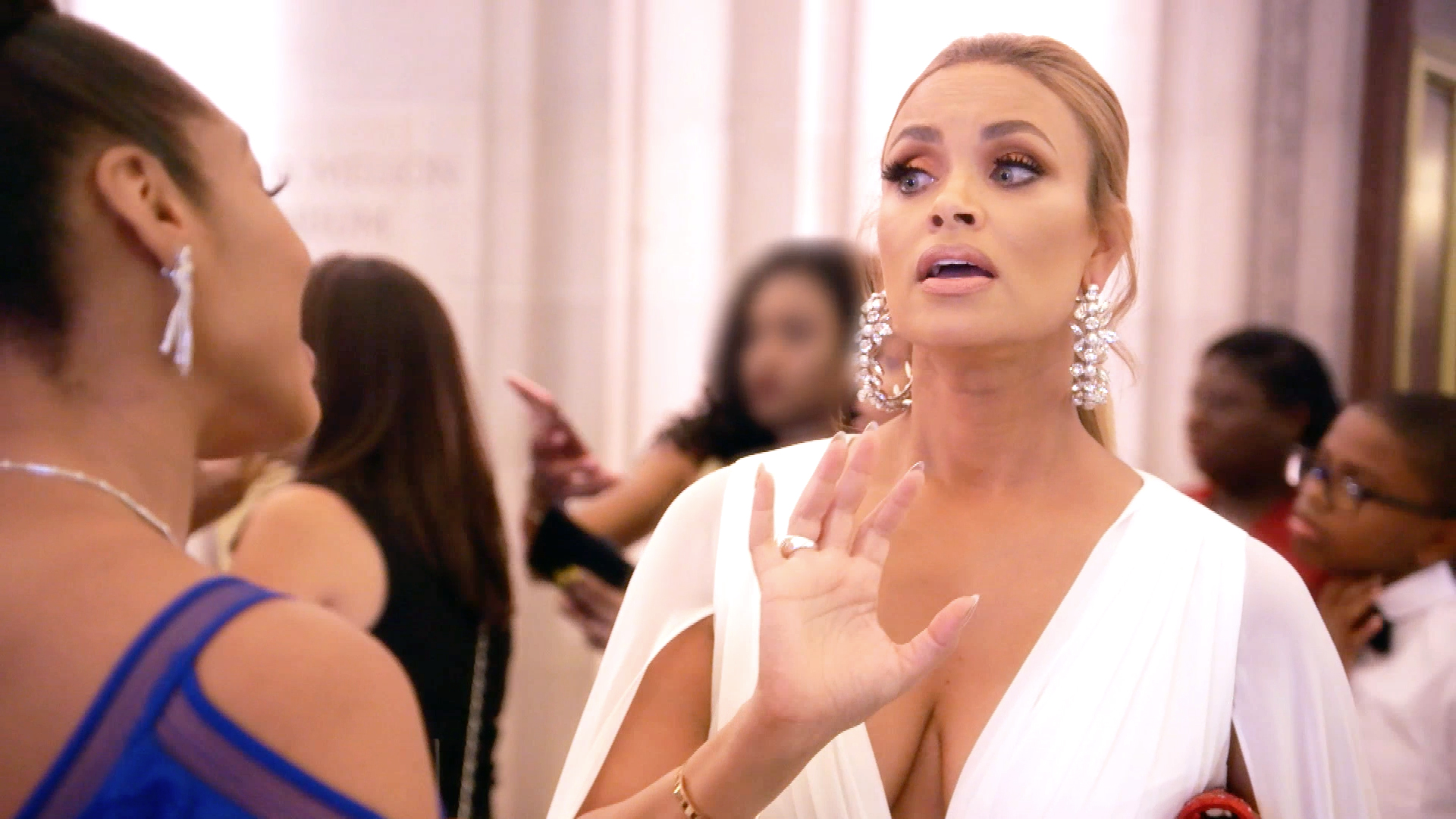 BravoTV.com: What was running through your head when you apologized to Gizelle and then Chris pulled you away?

Monique Samuels: I just wanted to maintain peace and offer my apology to Gizelle and Sherman. She clearly wanted to remain mad so it was like talking to a brick wall. I was glad that Chris came to the rescue because I was starting to get irritated. I just didn’t want that type of stress while being pregnant. Chris is super protective of me since we had a miscarriage prior and even almost lost the pregnancy this time! 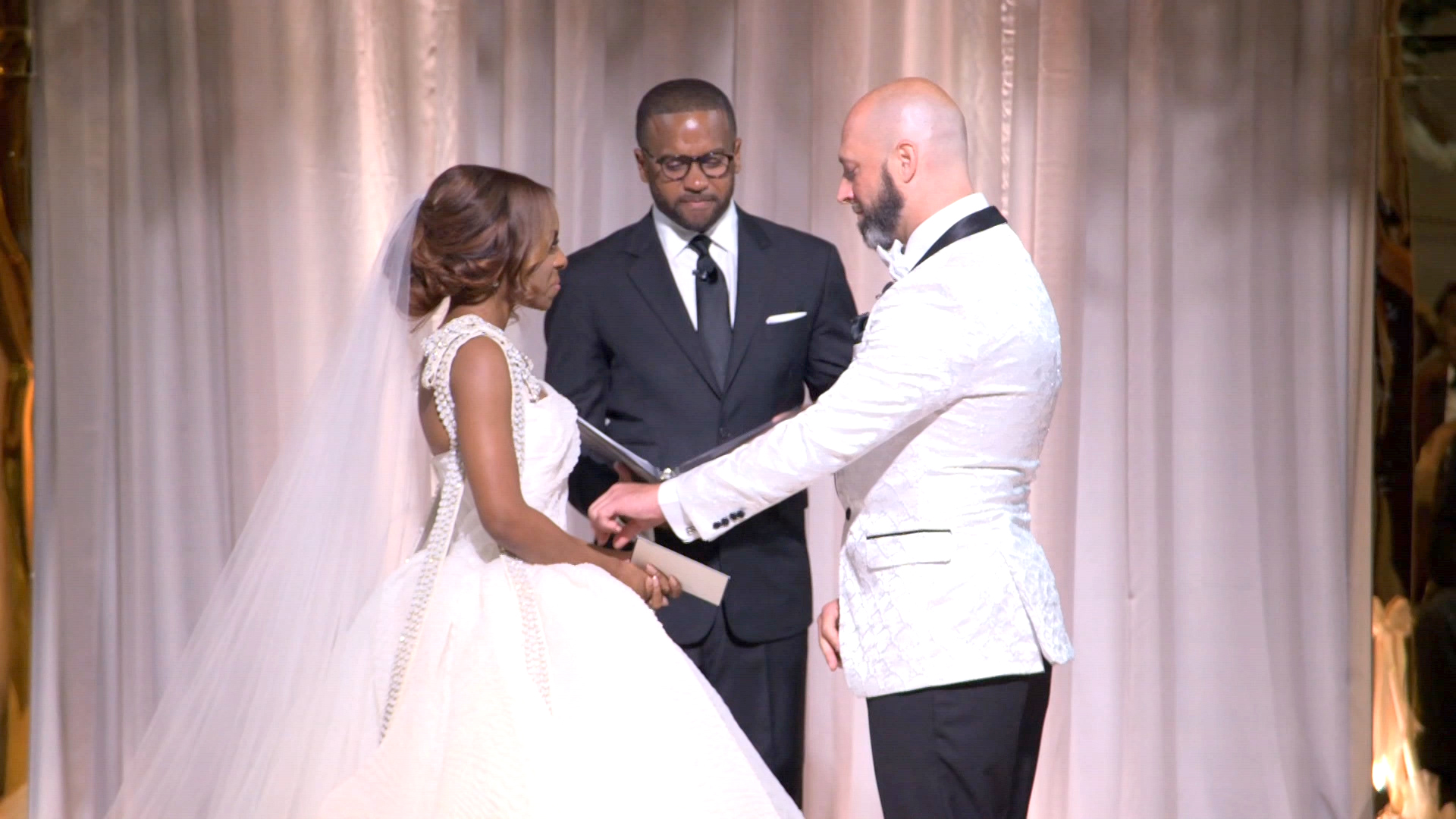 BravoTV.com: Were you expecting to get an apology from Ashley at the wedding?

MS: Like I stated the night of the wedding, I wasn’t thinking about Ashley. I was at the wedding to celebrate Candiace and Chris. I wasn’t expecting an apology from Ashley. This wasn’t the time nor the place for that.

BravoTV.com: How did you feel when Gizelle came up to you during the reception and officially thanked and accepted your apology?

MS: When Gizelle later came to accept my apology, I thought it was very random since she wasn’t trying to hear it at first. I know she had a lot to drink so maybe her response was a bit delayed. 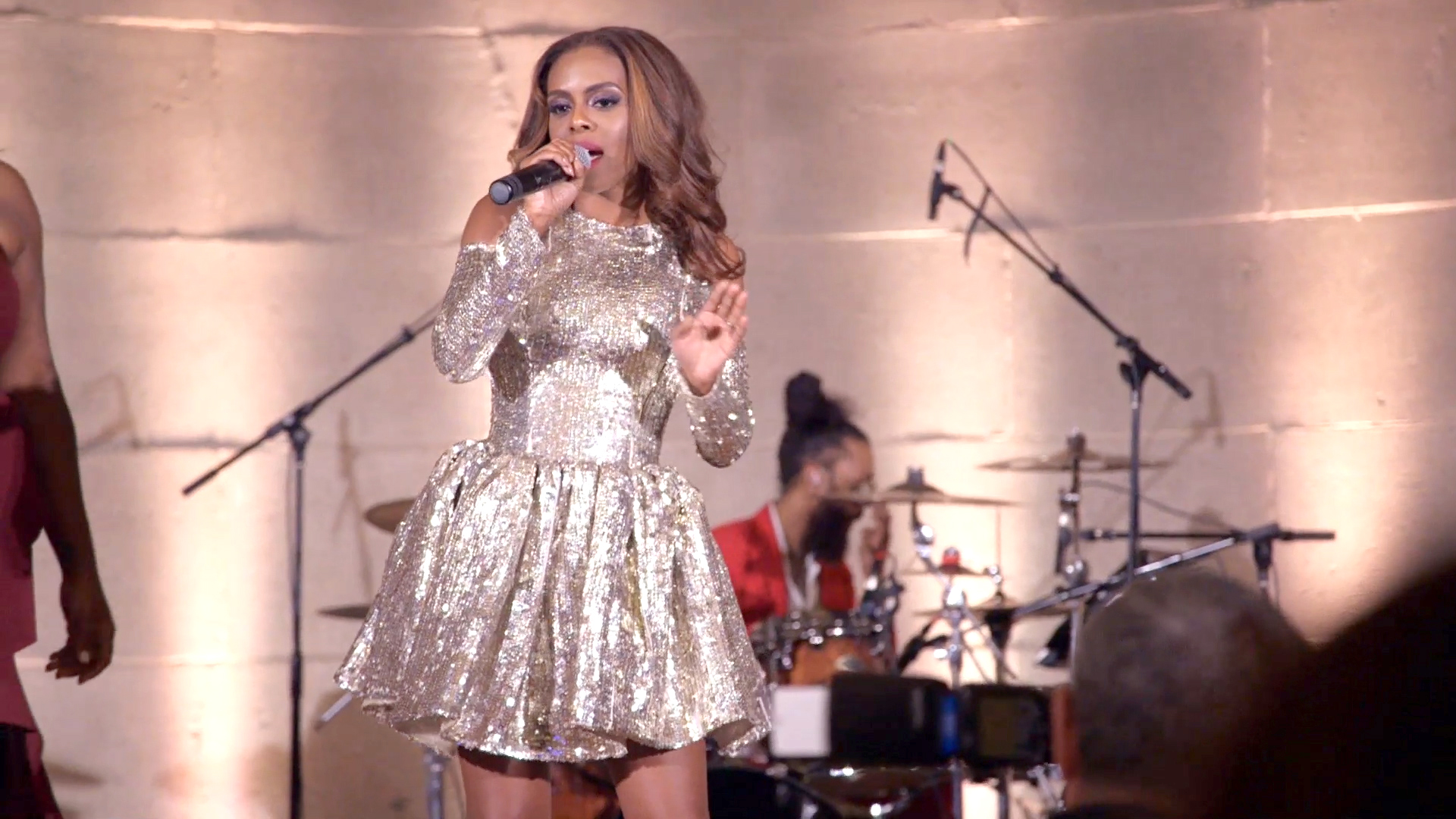 BravoTV.com: What did you think of Cadiace’s big day? And her song?

MS: I loved Candiace’s song! She sang it beautifully and I thought it was super sweet to kick off her marriage! It was a nice dedication to the man she loves!

All Posts About
Monique Samuels
Related Stories
The Daily Dish

The Real Housewives of Potomac Season 4 Taglines Are Here!